Australias Gold Mint Is Backing A Crypto Token On Ethereum 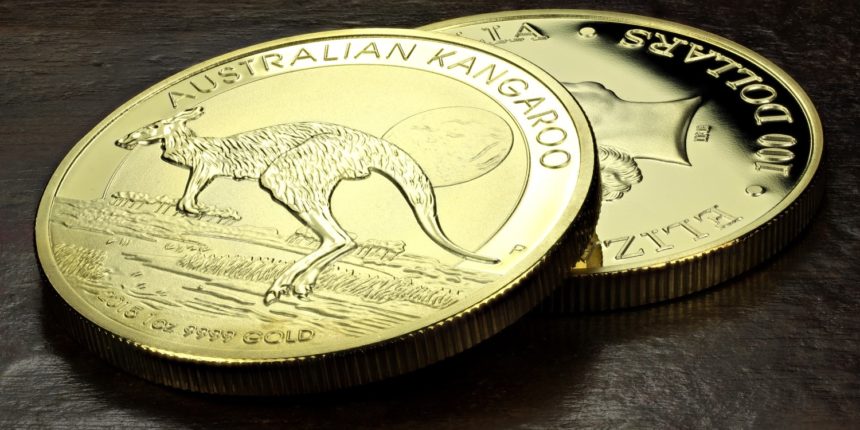 Australia’s only bullion mint is backing a new digital token aimed to allow investors to trade the precious metal in real time.

The Perth Mint Gold Token (PMGT) was launched by InfiniGold on Friday, and is backed 1:1 by GoldPass certificates issued by The Perth Mint. The digital certificates are 100% gold backed and guaranteed by the Government of Western Australia, which is the sole owner of the 120-year-old mint.

“PMGT is digitized gold that allows users to conveniently acquire and have entitlement over government guaranteed physical gold stored at The Perth Mint in a trusted and cost-effective way,” InfiniGold said in an announcement.

The token – designed with the assistance of professional services firm Ernst and Young – is aimed to offer an alternative to traditional gold investment products such as ETFs, while using blockchain tech to allow real-time trading and settlement.

“With The Perth Mint as custodian of the underlying physical gold that backs PMGT, buyers will be able to access a secure and reliable token representing the strongest asset class to date – gold.”

As far as the underlying tech goes, PMGT is a compatible with the ERC-20 standard behind by many ethereum-based tokens. InfiniGold is further touting the token as an alternative to U.S. dollar-backed stablecoins such as tether and USD Coin.

“If you use precious metals to back something on blockchain or something that is allied to blockchain, it retains its intrinsic value, unlike the offerings from Bitcoin and Ethereum, which really rely on everyone believing that there’s something behind it.”

Now that the tokens Hayes alluded to are coming about, PMGT can make the most of Australia’s largest gold refinery, InfiniGold’s CEO Andreas Ruf told CoinDesk.

“The Perth Mint consistently delivers in excess of US$16bn worth of precious metal bars and coins per annum, providing us with plenty of supply for PMGT.”

The launch comes as haven assets like gold, and possibly bitcoin, are becoming more attractive to investors. Fears of a U.S. recession have seen gold prices bounce in recent weeks, and other companies are launching products to capitalize on the yellow metal’s growing popularity.

Between bitcoin-settled gold derivatives, tokens tied to the price of gold, competing gold-backed cryptocurrencies – and murmurs that Russia’s central bank is considering a gold-backed token of its own – the crypto markets are flooded with variants of digital gold.

But the project leads say there’s still a market for PMGT, in part because of its custodian’s reputation: the government of Western Australia has an AA1 rating from Moody’s.