King & Jester: Bitcoin’s Price Rally Was Six-times That Of XRP In Q2 Of 2019, Finds Report 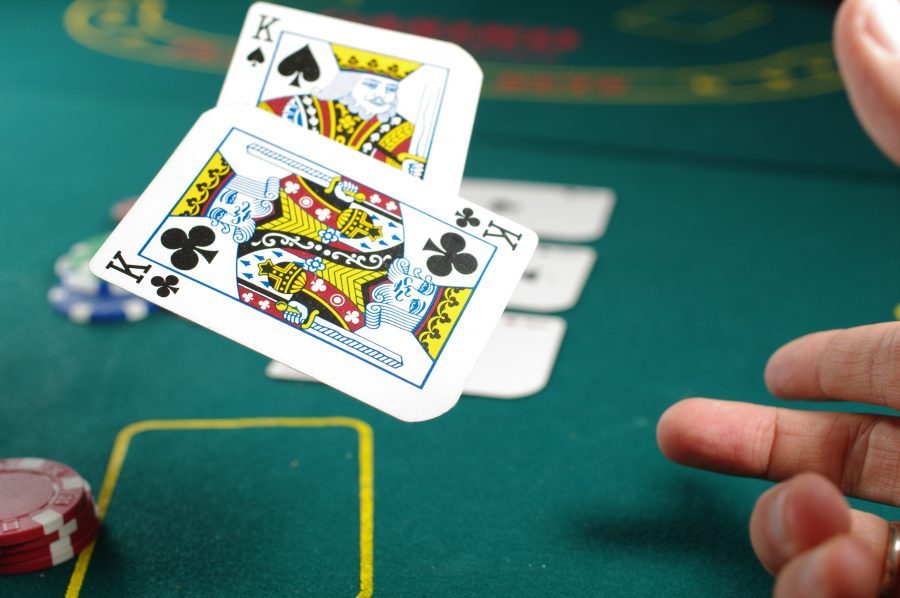 The king is running full steam ahead, and no one can catch up.

Everyone who thought 2019 would be the “altseason” and Bitcoin would be pushed off its dominance perch, has had to eat their words. After going through a sluggish, but hopeful Q1, the second quarter has been nothing short of a bullish miracle, with Bitcoin rising by over 165 percent.

The ‘altseason’ claim was leveled in February when no prominent BTC movements were even hinted, with many claiming that the top two alts would lead the charge. With the Ethereum community awaiting their 2.0 update, the focus shifted to XRP, as institutional investors leaned over onto the cryptocurrency community.

Ripple, despite entering several partnerships to further their payments network, didn’t pass on the message to XRP. According to a recent report by the crypto-market aggregator CoinGecko, XRP, for the entirety of Q2 2019, saw only 28 percent gain. In comparison, Bitcoin’s price rally was a whopping six times greater.

Interestingly, from a YTD perspective, the performance of the ‘bank coin’ worsened. On January 1, the price of XRP was $0.352 and at press time, the coin was trading at $0.321, an 8.8 percent drop. Contrarily, Bitcoin rose from $3,700 to $10,500 in the same period. Stellar Lumens, another ‘bank coin,’ has been spelled with a similar fate. 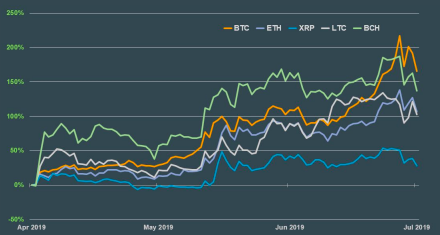 Litecoin, which changed its bullish pace to next month’s halving from a sprint to a jog, saw a significant increase in price, rising by 103 percent in Q2 of 2019. However, based on historical price movements, halvings typically result in price inclines, due to to the scheduled drop in mining rewards.

Bitcoin Cash, the BTC hardfork, saw the second-highest price increase in Q2 of 2019, with a 137 percent pump on the back of several announcements. However, owing to its unsavory history with little brother Bitcoin SV [BSV] and consistently poorly performing fundamentals, several analysts have stated that the BCH’s price is not a fair reflection of its value.

Across the board, the average return for the top-5 coins was 108 percent.