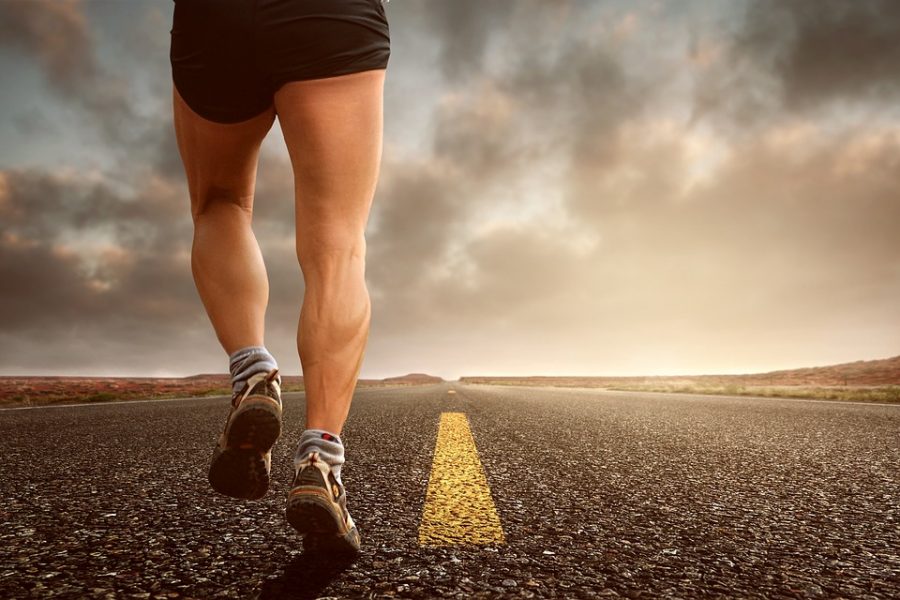 Two weeks ago, the firm behind the #DropGold campaign, Grayscale Investments, reported a fall in their total AUM from a record-breaking $3.0 billion to $2.5 billion, in a period of 7 days. Interestingly, in a recent update, Grayscale revealed that their assets under management had risen to $2.6 billion. 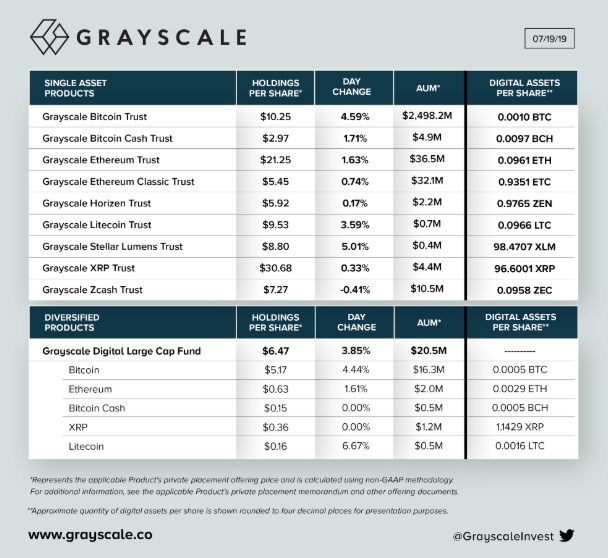 This increase in AUM was attributed to Bitcoin’s market recovery after a major pullback painted the market red in light of the Congressional and Senate hearing on Facebook’s Libra. As on 19 July, Grayscale Stellar Lumens Trust under Single Asset Products posted a major 5.01% appreciation and an AUM of $0.4 million, followed by Grayscale Bitcoin Trust with a rise of 4.59% and an AUM of $2,498.2 million. They were followed by Grayscale Litecoin Trust which rose by 3.59% and recorded an AUM of $0.7 million. The holdings per share of the digital assets stood at $8.80, $10.25 and $9.53, respectively.

The king coin and altcoin-led rebound has ostensibly prompted an uptrend for the digital asset investment firm. In a report titled, “Digital Asset Investment Report” for the second quarter of 2019 [for the period from April 1, through June 30], the total investment into Grayscale Products accounted for a whopping $84.8 million, 84% of which came from the institutional investors and was dominated by hedge funds.

Barry Silbert, CEO of Grayscale Investments, in a recent interview had claimed that industry giants JP Morgan and Goldman Sachs foraying to the cryptocurrency scene was a “positive sign.” His comment was along the same lines as far as the latest report was concerned, which revealed the “strengthening of the institutional demand.”

“This quarter, institutional investors comprised the highest percentage of total demand for Grayscale products [84%] since we began publishing this report in July 2018.”

Average weekly investment for all products was registered to be $6.5 million for the same quarter, and Grayscale AUM almost tripled. The report further said that the recent rally of digital assets was driven by “fresh investments.” Grayscale recorded the strongest quarterly inflows since Q2 of 2018, with nearly $85 million via “in-kind” creation.

Another major takeaway of the report was inflows into the Grayscale Ethereum Trust, inflows which touched $14 million in Q2. This was followed by Grayscale Ethereum Classic Trust which recorded $5.5 million. Grayscale Products ex Bitcoin Trust amassed 24% of the inflows over the same period.