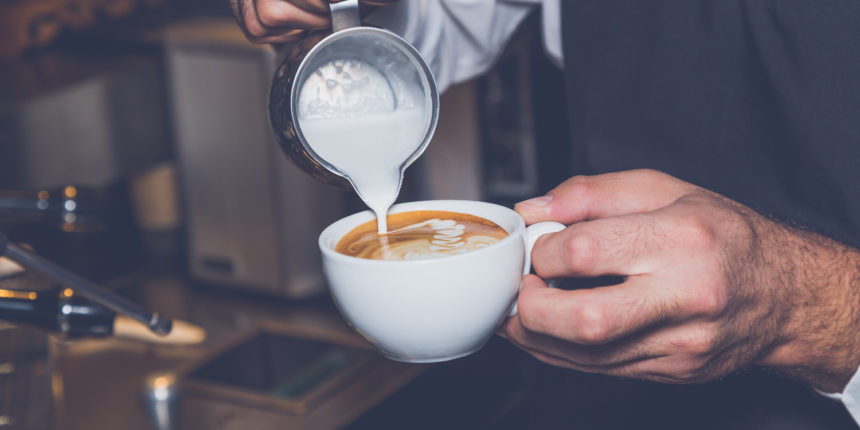 Consider yourself $14.1 million closer to buying your morning coffee with bitcoin.

The startup’s token, Flexacoin, is an ethereum-based ERC-20 token that will eventually be used by developers and businesses to stake value on Flexa’s network for merchant payment processing.

While Flexa co-founder Tyler Spalding declined to specify which merchants will accept bitcoin through this app, video tests show users buying Starbucks with it. (A Starbucks spokesperson told CoinDesk it is not working with Flexa.)

Spalding emphasized that Flexa is a business-to-business startup. Shoppers won’t need to hold or interact with Flexacoins at all. Flexa co-founder Trevor Filter said the details related to such governance and participation are still under development.

“The long-term goal is to give over the network to the merchants,” Filter added. “A sort of consortium of their own that allows them to accept crypto.”

Return of the token sale

Stepping back, Flexa is one of several companies to fundraise over the past six months through a private token sale without equity options. The predictions market startup Numerai announced a similar raise in March.

Access Ventures partner TJ Abood told CoinDesk his firm would have been interested in an equity offering as well. But as he’s also satisfied with Flexacoin because it allows his firm to participate in growing the network.

Businesses, from Access Ventures to merchants, can stake Flexacoin to the network and earn token rewards in a model comparable to proof-of-stake systems like Cosmos or Tezos. Flexa plans to launch a custodial crypto wallet app for its network, with users being able to spend crypto at point-of-sale with a type of QR code scan, similar to Apple Pay.

“We wanted the total Flexacoin supply to represent how much money can flow through the system right now,” Spalding told CoinDesk, adding that the network will launch on May 13. “All the participants earn money.”

“We subscribe to the idea of being a user-owner. Any company that we invest in, we immediately look to be a user,” Abood said. “Making use of the developer tools and all the system tools that exist to be able to deliver a superior product, that’s what drives us.”

“If Flexa were a traditional for-profit venture, how would merchants be able to trust them that they won’t end up raising fees once they have reached enough network effects?”

Instead of building a blockchain-based network, Spalding described Flexa’s protocol as an “elegant pipe” that processes payments from various cryptocurrency networks, including bitcoin, ethereum, bitcoin cash and litecoin, to the merchant’s own payment processing system for direct bank transfers.

“We wanted to build essentially the Stripe for these type of transactions,” Filter said.

Abood said this merchant-oriented structure could entice mainstream brands that are crypto-curious by offering the ability to accept bitcoin without risk. According to Spalding, Flexa will partner with exchange platforms for liquidity on the back-end. Plus, the Flexacoin collateral could be used to compensate if there’s an issue with blockchain settlement.

“Flexa plays a critical role in blockchain adoption at-large because it is bridging this digital payments landscape into a brick-and-mortar setting,” Abood said. “It’s opening up the idea of spending cryptocurrency to a much broader audience.”

Filter described the Flexa protocol as bolting merchant’s traditional infrastructure to a crypto-friendly bridge, rather than relying on debit cards or credit cards. Since the process uses crypto wallets, there’s no personal information exposed the way a credit card payment would.

“I don’t think that blockchains are good for many things,” Spalding added. “But, they are amazingly powerful for fraud-free payments.”

In the future, Flexa plans to add support for various exchange-issued stablecoins and other crypto assets. Until then, the focus is on partnering with exchanges and merchants to make custom on-and-off ramps via the Flexa protocol.

“A driving source in [mainstream] adoption will be the availability to accept cryptocurrency and that’s a merchant decision,” Abood concluded.