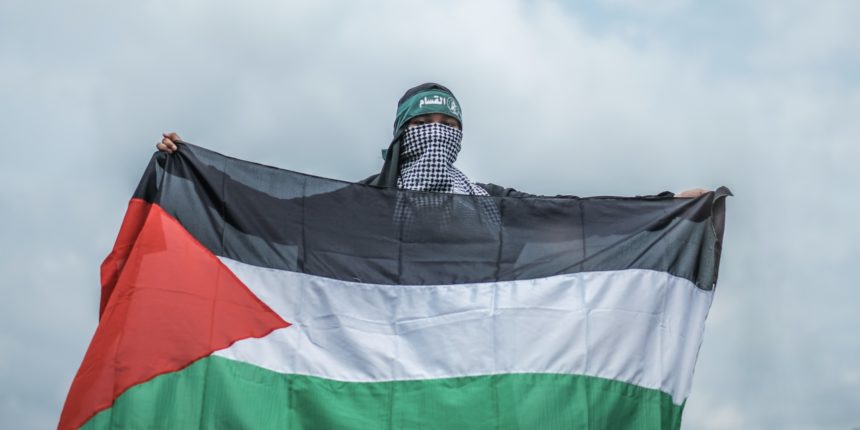 Ethical uses of bitcoin are more popular than ever among civilians in Palestine, sources have told CoinDesk.

“There are some offices that now do $5 million to $6 million a month,” freelance web developer and Gaza-based bitcoiner Ismael Al-Safadi told CoinDesk about local money changers. “I’ve seen an office send 100 BTC in one [transaction]. … There are also a lot of small clients. They send $200 or $1,000.”

The $5 million figure dwarves the “tens of thousands of dollars” in illicit transactions reported earlier this week by the New York Times.

Last year, CoinDesk reported that one such cryptocurrency dealer served roughly 50 clients a month purchasing or liquidating an average of $500 each. He has since relocated to Europe, having earned enough to emigrate.

Yet two sources with knowledge of the matter estimated there are up to 20 bitcoin dealers now operating in Gaza. Since PayPal and other online services exclude the Palestinian territories, this is one of the only ways for freelancers to easily receive international payments.

For example, Al-Safadi takes more than 70 percent of his monthly earnings in bitcoin. Based on the social media groups he participates in, Al-Safadi estimates there are around 10,000 occasional bitcoin users in Gaza. Indeed, an anonymous source in Gaza who taught seminars about cryptocurrency to roughly 300 Palestinians since 2017, told CoinDesk just one such Facebook group focused on bitcoin has 5,000 members.

The teacher said there is a nascent interest in ethereum applications among Palestinians as well, both at home and abroad.

Another Palestinian based in the United Arab Emirates (who wished to remain anonymous) is developing an ethereum-based charity platform. He told CoinDesk the first pilots will distribute crypto donations to schools in both Gaza and the West Bank, aiming to reduce the number of Palestinian children unable to afford a good education. A test experiment began last week.

“People there [in Palestine] are starting to learn and ask about it. … Palestinians are more using bitcoin [than ether] … to make international transfers and to bypass Israeli control.”

It’s hard to say what the local transaction volume truly is, since the Palestinian crypto ecosystem doesn’t connect directly to banks or global crypto exchanges. Instead, much like the Iranian community in 2018, it is dominated by peer-to-peer transactions, private social media groups and unofficial dealers.

All Gazan sources agreed: most local bitcoin users are cashing out in fiat, not holding or using it for secondary business transactions.

Yet, perhaps as an unintended consequence, the teacher said that Hamas’s ongoing fundraising campaign to gather bitcoin donations from abroad for its military wing, the Qassam Brigades, has actually boosted awareness among the civilian population.

“Everybody was talking about ‘what is bitcoin’ then,” the teacher said about news in February, when blockchain analytics firms identified a Coinbase account participating in a campaign that garnered $4,000.

On one hand, entrepreneurs are using bitcoin in slowly growing numbers thanks to the high demand for mobile financial services. According to recent data from the Palestinian Monetary Authority presented in July at a fintech workshop in the West Bank city of Rawabi, 77 percent of adults in the Palestinian territories are unbanked even though 2.6 million Palestinians have smartphones.

Al-Safadi, the Gaza-based developer, told CoinDesk that Qassam Brigades operations are “secret” and not publicly related to the civilian bitcoin ecosystem. However, bitcoin dealers are now required to record the wallet address, amount and full name and ID number of every client for each liquidation for police records.

“Gaza works like a black market,” he said, adding he doesn’t know what the police do with this “surveillance” information.

Meanwhile, Hamas’s Qassam Brigades have stepped up their bitcoin fundraising strategy this past summer. According to the New York Times, the Qassam Brigade website now features a bitcoin tutorial and a wallet address generator to create a fresh account for each donation.

An anonymous source with knowledge of the matter told CoinDesk these donations have exceeded $12,000 so far this year. Another anonymous anti-money-laundering expert with knowledge of Hamas operations estimated the terror group’s bitcoin mining brought in $195,000 worth of crypto this year.

Such activities related to bitcoin are generally deemed non-compliant by local banks, as there’s still a longstanding rift between Palestinian political factions in different territories. A spokeswoman for the Bank of Palestine, which operates in both the Hamas-governed Gaza Strip and the Fatah-governed West Bank, told CoinDesk that the Palestinian Monetary Authority forbids institutional bitcoin transactions.

“We are not allowed, as banks, to trade with [bitcoin] or use it under any circumstances,” the Bank of Palestine spokeswoman said.

Even with all these factors considered, most Palestinian sources estimate the aforementioned civilian usage far outweighs bitcoin-related terror activity in the region.

Most Palestinian bitcoin users are accepting bitcoin payments for freelance work, or remittances from family abroad, and cashing it out through local peer-to-peer groups. The UAE-based nonprofit operator said that, in an attempt to curtail terror financing, Israeli and American authorities sometimes interfere with bank transfers.

Indeed, in 2006 after Hamas rose to power, cash transfers to Gaza were temporarily halted across the board.

“The crypto market is promising in Palestine and has a good opportunity to grow there,” the UAE-based source added.

Both Al-Safadi and the local seminar teacher said they hope global exchanges and official banks will eventually allow Palestinians to transact with bitcoin through compliant digital platforms.

“Bitcoin has a unique potential, but it’s not a big potential. There are still many steps to be taken,” the teacher said, adding:

“In Germany, you have places to go to exchange bitcoin easily without extra fees and hustles … something like this has to be here in Gaza. If it stays between some IT guys and money exchangers that are willing to take risks, it stays like this.”