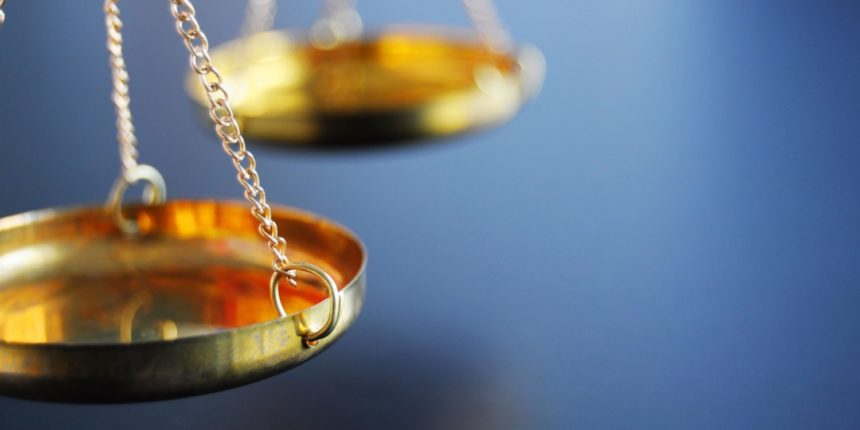 “We were unaware of the reported arrest and charges against Mr. Nerayoff until we read the news article ourselves. Mr. Nerayoff no longer holds any positions with CasperLabs.”

U.S. law enforcement has charged Steven Nerayoff, an early supporter of the ethereum project and a former paid advisor to Overstock’s tZero, with extortion.

Nerayoff, an attorney and founder of blockchain consulting firm Alchemist, was arrested Wednesday morning by the Federal Bureau of Investigation (FBI) and was scheduled to face charges before a federal court in Brooklyn in the afternoon. The FBI also arrested Michael Hlady, an Alchemist associate.

Nerayoff and Hlady face up to 20 years in prison if convicted of the alleged scheme, described as “an old-fashioned shakedown” by the United States Attorney Office’s for the Eastern District of New York (part of the Department of Justice) and “an age-old extortion scheme … with a modern-day twist” by the FBI.

Nerayoff’s attorney, Avi Moskowitz, told CoinDesk that “a civil dispute has been improperly distorted into a criminal matter. Mr. Neryaoff looks forward to the truth coming out and clearing his name.”

According to the government’s complaint, Nerayoff’s firm was tapped to advise an undisclosed, Seattle-based startup — dubbed “Company 1” in court documents – in July 2017. Nerayoff began demanding larger than contractually agreed-upon ethereum payouts for his help with the company’s initial coin offering (ICO) that coming fall, the complaint says,

If not, Nerayoff promised to “sabotage the crowd sale, generate negative press for Company 1 and use his contacts with influential people to ‘destroy’ Company 1,” the DOJ alleged.

Company 1 agreed to the payout despite not receiving additional compensating services, the complaint says.

The following March, Nerayoff demanded a 10,000 ETH “loan” from Company 1 worth $4.45 million at the time, the complaint says. Nerayoff also introduced Company 1 to Hlady, his “operations guy.”

According to court documents, “Nerayoff claimed Hlady was a former government agent who could carry firearms through airports. On separate occasions, Hlady told Jane Doe … that he had been shot at and had killed people, that he had ‘taken down’ a head of state, and that he had been a part of the Irish Republican Army, the National Security Agency, the Central Intelligence Agency and the FBI.”

That same month, the two executives of Company 1 visited Nerayoff at his New York home. While there, Hlady and Nerayoff entered the guest room of Jane Doe, sleeping by herself. Turning on the light and pulling a chair up to her bed, Hlady and Nerayoff demanded the 10,000 ETH loan or they would “crush” her company.

Nerayoff and Hlady continued to threaten Jane Doe through iMessages and personal threats thereafter, including telling her where her child attended school.

Jane Doe instructed a Company 1 employee to pay the 10,000 ETH loan to Nerayoff between March 28 and April 1, 2018. The loan was never repaid by Nerayoff, according to the U.S. attorney.

Nerayoff was on the board of advisors of tZERO, Overstock’s security token trading platform, as of March 1, 2018, according to a securities filing. An Overstock press release from 2017 described him as “architect of the Ethereum ICO.”

Similar language has been used to describe his involvement with the early ethereum team. For example, his bio on the TechStars accelerator’s website states,

“Steven’s innovative work as the legal architect of Ethereum’s record setting token sale continues to be the basic structure used throughout the world today. Steven innovated the concept of ‘utility,’ specifically using the concept of ‘gas’ or ‘fuel’ for legal purposes.”

People who worked on ethereum during its early days told CoinDesk he was indeed involved, though those descriptions may be somewhat exaggerated.

For example, Nerayoff guaranteed payment on about $200,000 of legal bills for an opinion letter the team obtained from a law firm for the 2014 token sale, according to one source, who spoke on condition of anonymity.

He was also involved in the ideation of gas, but far from the driving force suggested by his bio, two people who worked on the early ethereum team said.

A tZero spokesperson told CoinDesk that the company “has no affiliation with Steven and his company, Alchemist. In the past, Alchemist was a paid advisor to tZERO for its [security token offering]. tZERO has since terminated the advisory relationship.”

Nerayoff is also the co-founder of Casper Labs, according to a February 2019 blog post by the company, which is researching the proof-of-stake consensus mechanism that the ethereum network is expected to shift to in the future. However, his name was missing from the company’s team page as of Wednesday evening. A message to the startup was not immediately returned.

Department of Justice image via Shutterstock