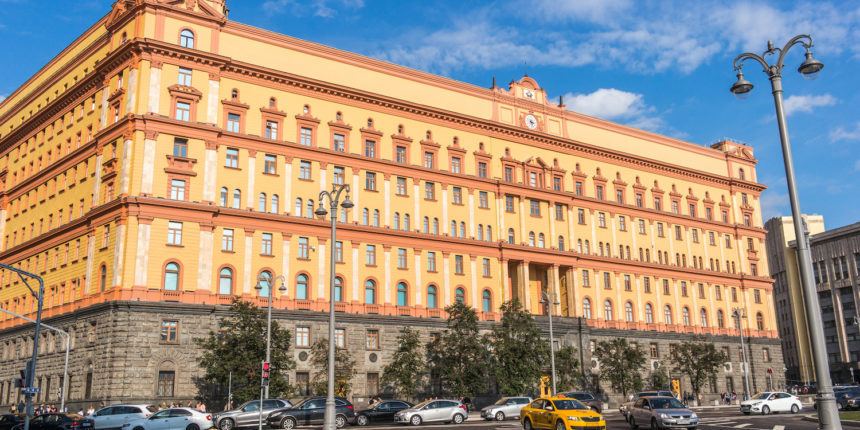 The formerly anonymous administrator of the cryptocurrency exchange WEX, which shut down last summer, has made some shocking claims about the fate of “hundreds of millions” of dollars of clients’ cryptocurrency in talks with Russian police.

Russian citizen Alexei Bilyuchenko, who confessed to being the tech administrator of the infamous BTC-e exchange and later co-founder of WEX, had been questioned as part of a criminal investigation underway in Russia since late 2018, BBC News Russian reported Friday. The report was based on materials of the probe, obtained by the BBC and reportedly confirmed as genuine by two sources “close to the  investigation.”

In his statements, Bilyuchenko said he was forced to send all the cryptocurrency in WEX’s wallets to unnamed staffers of the Federal Security Service (FSB), the successor of the Soviet KGB, shortly before the exchange ceased operations.

The admin further said he had been close to Alexander Vinnik, the alleged operator of BTC-e, which has been linked to the massive Mt. Gox hack and was shuttered by the FBI in July 2017. When Vinnik was arrested in Greece to face deportation to the U.S., Bilyuchenko, who was with Vinnik at the time, immediately fled for Russia, he told investigators.

Back in Russia, Bilyuchenko used the database of BTC-e users to launch the WEX platform, together with OTC trader Dmitri Vasilev, the official owner of WEX at that time.

However, after business quickly slumped, Vasilev reportedly told a local media source that he’d negotiated the sale of the exchange to Dmitri Khavchenko, who’d been a militia fighter in the war in Eastern Ukraine. Khavchenko is also said to have links to Konstantin Malofeev, a Russian oligarch who is believed to be a sponsor of the pro-Russian separatist forces in the war in Ukraine, as per the BBC report.

According to Bilyuchenko’s police statements, in the summer of 2018, right before WEX collapsed, he was in talks with Malofeev, who wanted to obtain the database of the WEX users, presumed to be for a new crypto exchange named Vladex, the BBC says. Malofeev has previously denied links to WEX to the BBC, and would not comment for the latest report saying it was “based on fabricated materials,” the broadcaster says.

According to an audio tape from the investigation, also obtained by the BBC and reportedly verified by audiovisual forensics experts, Malofeev, who is known to be close to the Kremlin, wanted to open a government-friendly exchange and was pressing Bilyuchenko to hand the users data over to Vladex via a former FSB officer the report says is “probably” Anton Nemkin.

Via a representative, Nemkin denied any links to Bilyuchenko or his business activities, the BBC said, though he is linked publicly to Vladex.

Bilyuchenko also told police that two current FSB officers, named Igor and Grigori, made him give away the flash drives holding all the cryptocurrency of WEX users and transfer it to their wallets — asset worth about $450 million, he said. Bilyuchenko said he met the officers several times in 2018 in the FSB building and Lotte hotel in the center of Moscow.

Neither the Russian police nor the FSB would comment on the matter when asked by the BBC.

BTC-e, one of the first and largest crypto exchanges, had been operating since 2011 and closed by the FBI in 2017, as its alleged operator Alexander Vinnik was arrested in Greece following indictment by a U.S. court on multiple money laundering charges.

Soon after Vinnik was arrested, WEX opened, promising to return users’ funds. The individuals running both BTC-e and WEX have always maintained anonymity, talking to the users under pseudonyms in the exchange’s trollboxes and on the Bitcointalk forum.

After a year, WEX ceased operations and froze all withdrawals. CEO Dmitri Vasilev sold the entity to Dmitri Khavchenko (now his daughter is the nominal owner of the exchange) and left Russia.

Millions of dollars worth of crypto left WEX’s wallets for other exchanges between July and October 2018, CoinDesk reported at the time. Users started filing police reports in October and several separate investigations have reportedly been launched in several cities in Russia and Kazakhstan. WEX’s former CEO Vaselev was arrested this summer in Italy on request of the Russian police but released soon after.

BTC-e employees were also alleged to be involved in the hack of Mt. Gox, and are claimed to have funneled about 53 million bitcoin to BTC-e’s wallets, according to the U.S. indictment. This September, Russian law firm ZP Legal offered Mt. Gox creditors a deal in which it would recover the stolen funds, citing the Russian roots of the theft.