Gm Bmw Back Blockchain Data Sharing For Self Driving Cars 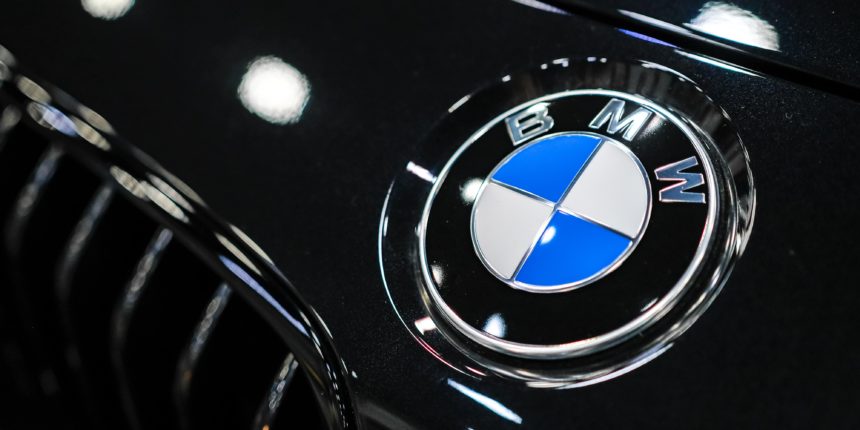 Car giants General Motors and BMW are backing blockchain tech as a way to share self-driving car data among themselves and other automakers.

It’s all part of a bid to unlock valuable data held in silos which will ultimately get autonomous vehicles on the road sooner. Exploratory work in this area is being done under the auspices of the Mobility Open Blockchain Initiative (MOBI), a consortium formed last year to harmonize the development of distributed ledger technology (DLT) across the “smart mobility” industry.

CoinDesk has learned that the next MOBI working group on so-called autonomous vehicle data markets (AVDM) will be chaired by General Motors (GM). The automaker has clearly been thinking about using blockchain to share data for some time, having filed a patent detailing such a system for fleets of self-driving cars at the end of last year.

“I am excited to chair the AVDM working group and kickoff the development of our collaborative efforts with the other OEM [original equipment manufacturers] and supplier MOBI members.”

And notably, BMW, a founding member of MOBI, has also expressed its interest in the data-sharing use case for the first time. (Previously BMW tested blockchain to track mileage of leased vehicles.)

The German manufacturer, like many others in the auto space, has realized that keeping self-driving data in silos is a “major barrier” to widespread adoption of autonomous vehicles.

“With the advent of blockchain, decentral[ized] data management can be implemented in a privacy-preserving and efficient way,” Andre Luckow, blockchain lead at BMW Group, told CoinDesk. “Further, emerging technologies, such as decentral machine learning, secure multi-party confidential computing, and decentral data markets, will provide the fabric for data processing in the autonomous age.”

Stepping back, the push to foster autonomous vehicles faces a key hurdle: the sheer volume of data self-driving cars must consume in order to “learn” how to drive in different places and scenarios. Driving around a test track is one thing, but negotiating a busy city center on a rainy day is quite another.

According to a Rand Corp report, getting to the stage where AVs are safe in all conditions could take hundreds of billions of self-driven miles, a process by which data are gathered using cameras and Lidar (a detection system which works on the principle of radar, but uses light from a laser).

Pooling this data together to train artificial intelligence on might seem like a no-brainer, but autonomous vehicle companies – be they carmakers or Uber or Google-affiliated, Waymo – tend to think of their self-driving data as their crown jewels.

This is where blockchain comes in, explains Sebastien Henot, head of business innovation at the Renault-Nissan-Mitsubishi Alliance Innovation Lab in the Silicon Valley (who chairs MOBI’s vehicle identity working group). He told CoinDesk:

“The old fashioned way is that everybody thinks their data alone is so precious. The new way is to consider data sets like cooking ingredients: you need to be able to mix multiple ones to create something really valuable. Data marketplaces call technically for blockchain because you can create an environment where rules are clear in terms of who shares what data with who.”

Another MOBI member, Ocean Protocol (which went live Monday), is focused on the creating blockchain-based data markets and running a shared AI on them. Ocean co-founder Trent McConaghy is aiming to create a kind of enterprise data commons where everyone can benefit, yet at the same time, this data can be prevented from escaping beyond the firewalls of any one company.

McConaghy explained that Ocean takes “federated machine learning” (machine learning built without direct access to training data, where data remains in its original location, such as on a smartphone, for instance) and gives it an additional dose of decentralization.

Google and others have been “pushing pretty hard on centralized federated learning,” said McConaghy, where they control the whole process.

“The makes the holders of the data feel pretty uneasy. So if you can actually remove that creepiness and the process of learning if done from silo to silo to silo in a decentralised fashion, that is much better. Decentralised federated leaning is what Ocean unlocks,” he told CoinDesk.

And this more decentralized approach is what BMW and GM, as part of AVDM group at MOBI, seem to be enthusiastic about.

Michael Ortmeier of BMW Group IT communications said Ocean’s approach to data sharing is one the company is “following with great interest.”

“We used the opportunity of the MOBI colloquium to speak with Ocean and other members and we will definitely continue and intensify these discussions,” he said.

It’s no secret that Waymo, the self-driving technology development company owned by Google parent Alphabet, is further ahead than anyone else in terms of how much data it has collected.

However, if you run the numbers, says Chris Ballinger, the founder and CEO of MOBI, it could still take many years for Waymo get there on its own.

Ballinger, the former head of mobility at Toyota, estimates that Waymo is accumulating a million miles of self-driven miles a month, adding:

“So you can say in miles it’s going to take millennia. Something has to be done and obviously it will speed up as more cars get on the road. Once everybody gets involved and once they start sharing it will be an order of magnitude increase.”

However, Vint Cerf, vice president and chief internet evangelist for Google, countered the claim the Waymo might way off when it comes to reaching its AV goals.

It depends what you mean by “driving data,” said Cerf. “We have billions of miles in simulation by generating direct inputs into the software that emulate what the sensors see,” he told CoinDesk by email.

“I do not see additional value in the overhead of blockchain vs digital signatures.”