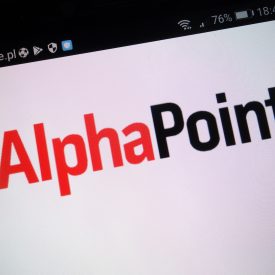 Blockchain startup AlphaPoint has hired a senior executive from Cboe Global Markets, the parent of the Chicago Board of Exchange.

Revealed exclusively to CoinDesk, Kapil Rathi joined AlphaPoint as global head of trading markets,  a newly created position, and will be in charge of the company’s trading and exchange business. He was previously Cboe’s head of equity options, and earlier worked at the New York Stock Exchange, ISE (now a part of Nasdaq) and Bats Global Markets, which Cboe acquired in 2017.

Rathi told CoinDesk that he has been watching AlphaPoint for the last year and a half with interest and admired the progress it made helping institutions bring new products to market. At his new job, he will be looking to “improve and bridge the collaboration between mainstream finance and the digital assets industry to build and grow the ecosystem,” Rathi said by email.

Speaking to the state of such collaboration, Rathi added:

“Digital assets and crypto are at an interesting crossroads. While the investor demand and appetite to participate in digital assets is exponentially increasing, the facilitators of capital markets like prime brokers, custodians, exchanges, and regulators are taking a slow and cautious approach.”

As such, he will draw on his experience building and running regulated exchanges “to transform the digital assets industry into an established and viable alternative to other asset classes like equities, options, and fixed income,” Rathi said. While developing new products, he will work with regulators and security exchanges and remain “extremely cognizant of investors’ protection and their rights.”

Igor Telyatnikov, AlphaPoint president and co-founder, said Rathi will be in good company, as the management team also includes veterans of such mainstream firms as Nasdaq, the New York Stock Exchange, UBS, and Bloomberg.

“It’s also a true testament to how far we’ve come in the industry that a blockchain company like AlphaPoint can bring on someone like Kapil, who ran one of the largest equity options exchanges in the world – this is extremely notable,” Telyatnikov told CoinDesk.

Indeed, Rathi has been vocally enthusiastic about crypto assets while working at Cboe.

In June he said during an interview with Options Insider: “At Cboe, we are believers in the crypto space, we are not going to project whether bitcoin is going to be $20 or $200,00 dollars, but it’s a tradable asset, and we are taking a holistic approach to that, whether it’s adding new cryptocurrencies or crypto options — this is definitely something we at Cboe are looking at.”

Bitcoin futures trading at Cboe, launched in December 2017, reached a peak on April 26, when 18,210 contacts for the May futures were traded. The Chicago exchange has also been actively advocating for the Securities and Exchange Commission to approve of bitcoin exchange-traded funds, writing a letter to SEC in March and meeting with new commissioner Elad Roisman to discuss the issue in October.

Rathi has a record of moving things forward with innovations at the places he worked for. He helped automate trading on the NYSE floor, oversaw the development of Bats’ EDGX exchange after the launch and the integration of Bats’ technology with Cboe’s after the acquisition.

In May, AlphaPoint launched its Regulated Asset-Backed Token (RABT) framework at CoinDesk’s Consensus 2018 conference in New York City and said it had developed software that allows trading of the token while ensuring compliance with securities laws.

Over the summer, the startup raised $15 million through Mike Novogratz’s Galaxy Digital and launched a decentralized exchange named DCEX that uses XRP as its main currency against which others are traded.