What “Secrets” Do Cryptocurrency Exchanges Hide? 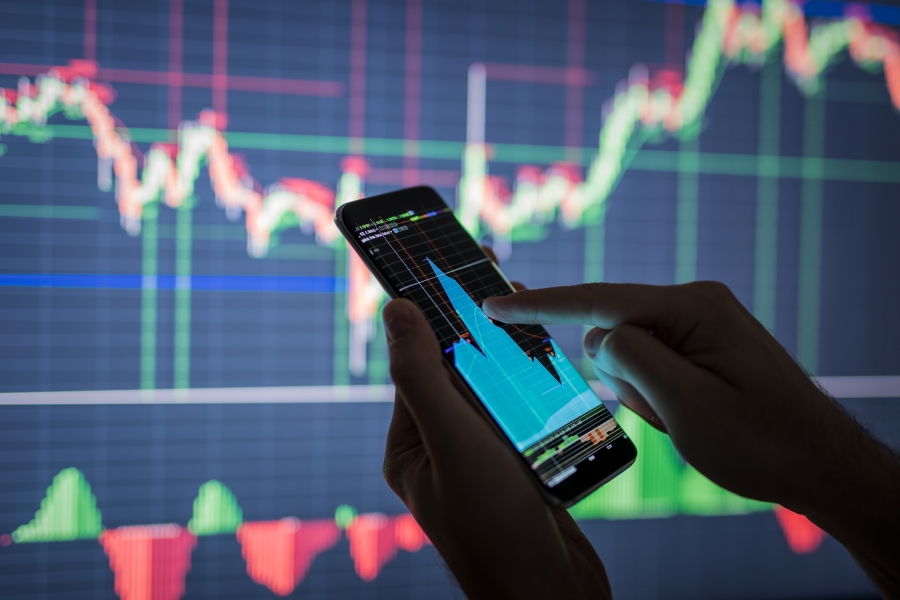 Like most businesses, cryptocurrency exchanges are not always upfront with their practices. Some try to keep a level of transparency in order to maintain their appeal and reliability for their customer base, but there are certain things they do not disclose.

We will be looking into some of the undisclosed matters that go behind the closed doors of cryptocurrency exchanges.

The trading volume of the biggest cryptocurrency exchanges is up for debate, as various reports from analysis companies show that there are many inconsistencies on the market.

The Tie examined the internet traffic on the websites of the top 100 crypto exchanges and found out that 75 percent of reported trading volumes by exchanges were more than double than the real numbers. Almost 90 percent of the exchanges’ volume was doubtful.

The Tie also inspected the weighted average trading volume for each user at top crypto exchanges Binance, Coinbase Pro, Gemini, Poloniex, and Kraken, which was around $591 – and applied the same average to other exchanges. This revealed that 59 percent of the exchanges had reported trading volumes that were inflated 10 times their actual value.

FTX also published in a blog post on its official Medium account that their research into crypto wash trading carried out in collaboration with Alameda Research found that 68.6% of crypto trading volume on indexes on CoinMarketCap (CMC) were fake.

According to Alameda’s research, the numbers, in reality, are significantly lower than the figures supplied by Bitwise Asset Management in a previous report. The company cited that this inconsistency in Bitwise’s study was based using parameters that over-filtered crypto trading volume, mistakenly depicting ‘real volumes’ as ‘fake.’

“While our methods are not foolproof, we believe they paint the most accurate picture of the true nature of cryptocurrency trading volume that anyone has made publicly available as of yet.” – read the report.

Alameda established the validity of the trading volume data used by various crypto exchanges counter to six parameters, including manual inspecting of trading data, as well as a comparison between order book depth and volume in addition to many others.

Trading volume manipulation by exchanges has been a matter of concern for both traders and regulators as well. There are a variety of actions that one can be implemented in order to artificially drive up volume, which in turn, makes it seem like there is a demand for a certain coin when in fact, there are no real buyers on the market. Depending on the source, between 67% and 95% of the trading volume of Bitcoin is faked by wash trading.

No matter how you look at it, wash trading is a form of market manipulation. It involves one party (traders, brokers, or the exchange) to buy and sell the same asset only for the purpose of manipulating the market prices in their favor. If there are recurrent buys and sells on a crypto exchange, which looks like they were made in an automated manner and have essentially the same amount, these orders basically wash each other out.

While historically traders and brokers have collaborated to post fake trades, plenty of cryptocurrency exchanges trade on their own platform to boost their trading volume numbers.

There are many reports from late 2018 and early 2019 which confirm this activity existed on many exchanges.

Alameda’s research manually looked into the trading volume of many exchanges pointed out that there were clear signs of wash trading.

“Some had many prints going up mid-market, much larger than any orders they had on their order books. Others were reporting other exchanges’ prints as their own, on a small-time delay. Others did somewhat more sophisticated things, such as slipping in large fake prints only when they have a large number of smaller prints to hide them among.”

In other examples, they discovered that:

“…many exchanges’ market pages display many trades which never appeared anywhere on their order books prior to the prints themselves occurring. Trades print significantly larger than any orders that exist on the order books, at prices squarely in 2 the middle of the order book both before and after the trades.”

The reason why some cryptocurrency exchanges engage in wash trading is to gain a higher rank on sites such as CoinMarketCap in order to attract and charge huge listing fees from cryptocurrency projects that are looking to list their altcoins.

Another reason for this sort of practice is to attract more users to the platform, as these exchanges will appear to have higher liquidity than in reality. As a platform has more customers, then there will be more fees for transactions.

CoinBene, for instance, was found to have been involved in transaction mining, which boosted its trading volume. CMC data once showed that CoinBene had a 24-hour trading volume of $1.75 billion that was highly unlikely.

Listing Comes with a Price

While during the “crypto winter” of 2018 and the first part of 2019, many new altcoins plummeted towards 0 values, the market also faced a decline in interest, which also reflected in trading volumes.

This prompted many platforms to remove many of the lowest-performing coins. Also, due to regulatory pressures, many exchanges have delisted cryptocurrencies that were either suspected or connected with illicit behavior.

But many suspect that some of these exchanges have removed cryptocurrencies from their platform due to other reasons.

Some crypto projects claimed that they were delisted after not being able to pay significant sums of money or agree to partake in wash trading to help the exchange inflate their volumes.

Bitcoin Gold (BTG), for example, stated that “Bittrex has decided to de-list BTG after we declined to pay them 12,372 BTG to remain listed.” Bittrex said that the delisting of BTG was “based on a double-spend attack they suffered back on May 19th [2018], despite all our efforts to assist them, and despite the fact that the danger is now over.”

BTG clarified that “Bittrex informed us that they make this decision because the BTG team would not “take responsibility for our chain,” which meant that the team had to pay Bittrex 12,372 BTG for the loss they sustained. “They later informed us they would cover part of the loss from their own BTG reserves and requested we pay the remaining ~6000 BTG, and that if we did not, we would be delisted.”

Rahul Sood, CEO of UnikoinGold, stated that OKEx threatened to delist their coin if they didn’t partake in wash trading to inflate their volume.

Even if there are still many unknown shady things going on in the world of crypto exchanges, the industry is constantly evolving to expose the ones that are trying to take advantage of or manipulate the market.