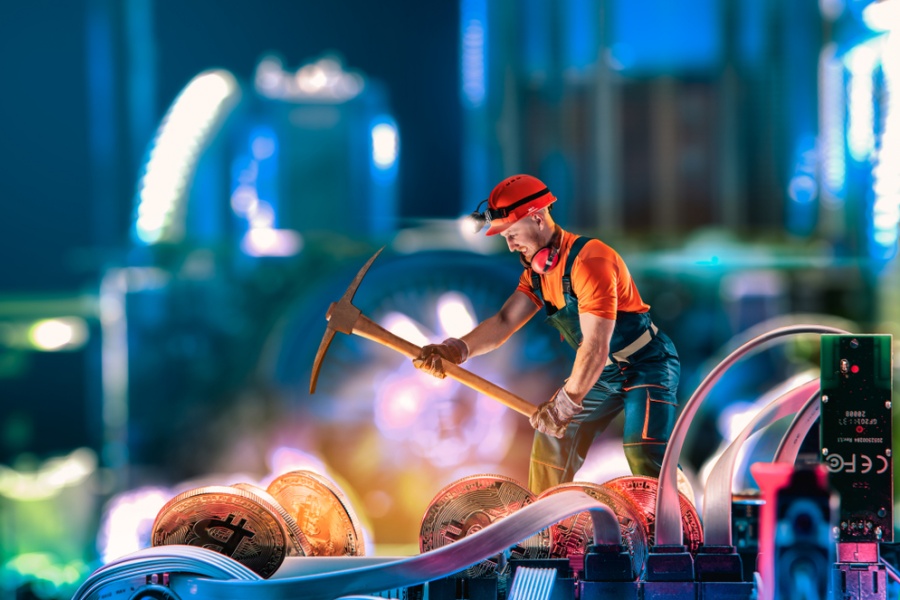 As the mining difficulty increases and block rewards halve each year, you might be wondering which is the best coin to mine when 2020 starts?

Before listing the best crypto mining options, there are several factors you should take into account when selecting a coin:

Zcash was launched in October 2016, and so far, it has managed to remain relevant on the crypto market all these years. The coin is one of the most mined cryptos ever, as Zcash enables users to perform transactions while completely anonymous through zero-knowledge proof zk-SNARKs implementation.

Also, the fees for Zcash transactions are really low, so it is a convenient coin to trade and can be found on dozens of exchanges.

Zcash forked from Bitcoin and, like its parent coin, Zcash’s total supply is limited to 21 million coins.

ZEC can be mined using either ASIC miners or powerful GPUs.

The first block halving is scheduled to occur in late 2020.

Ethereum currently ranks as the second coin on the market; thus it is the best coin to mine for the following year.

Ethereum is an open-source and decentralized platform that enables DApp development, smart contract deployment, and token issuing. The native that powers this system is Ether, which is also called Ethereum.

This year, the block reward was reduced from 3 ETH to 2 ETH. This was called the “Thirdening”, as it only decreased the block reward with 33%. Unlike Bitcoin, Ethereum does not have a capped total supply of ETH. The reductions in block rewards are an attempt to reduce inflation by limiting how many ETHs are made from the mining process. Rewards are generated at a fast interval, 14.4s, to be more precise.

Ethereum can still be mined using a GPU rig of 4-6 GPUs, as the token is based on an Ethash proof of work algorithm and being the case.

RVN is another crypto derived from Bitcoin, which came to existence in 2018.

Even if the coin has a lower price compared to others on our list, it is one of the best coins in terms of liquidity. It currently ranks 44th with the market cap over $133 mln.

Ravencoin’s popularity in the mining community is due to its X16R algorithm, that employs proof-of-work mining. This made it one of the easiest cryptocurrencies to mine when it launched.

The X16R algorithm comprises of 16 different algorithms that are used for mining based on the hash of the previous block. Due to its algorithm randomness, ASIC machines are not able to mine the X16R algorithm.

This is why RVN is the best coin to mine using GPUs or CPUs. Blocks are generated every minute.

Ravencoin is supported by many crypto exchanges and is mostly traded against BTC and ETH.

Monero is another privacy coin, providing anonymity to users when trading online. The coin was launched in 2014 and, over the years, it has shown to be reliable and feasible.

The coin surpasses Zcash in terms of ranking, with Monero holding 13th position due to a market cap of $1 billion. But compared to ZCash, it has fees that are ten times higher. However, miners continue to view XMR as a good mining investment.

Monero’s algorithm goes through continuous updates in order to prevent ASIC mining, so you are able to mine the coin only with GPU and CPU. Monero is based on the CryptoNightV8 proof of work algorithm and releases 2 XMRs every two minutes.

Litecoin (LTC) is a peer-to-peer cryptocurrency that was designed to be the lighter version of Bitcoin, with faster processing times, improved scalability, and lower fees. Litecoin ranks 6th according to a market cap of $3 billion, which makes the coin a very appealing investment.

As Litecoin uses scrypt protocol, it enables users to mine with consumer-grade hardware, such as GPU. With fast processing times and moderate transaction fees, this is the best coin for making a profit in 2020.

Litecoin went through its second halving in August 2019, reducing the block reward from 25 LTC to 12.5 LTC. The first halving took place in 2012, where the block reward was first 50 LTC and then reduced to 25 LTC.

Compared to other altcoins, Litecoin has proved to be less volatile, and it is currently traded on various exchanges, including in fiat pairs.

If you have the money to spend on advanced hardware, then obviously, Bitcoin would be the best coin to mine for a profit. But it would be better to just buy the coin or trade other altcoins.

The most recommended approach would be to mine a cryptocurrency that is moderately profitable when you start mining it and has a higher chance of increasing in the future.