What Are Decentralized Applications (dApps)? 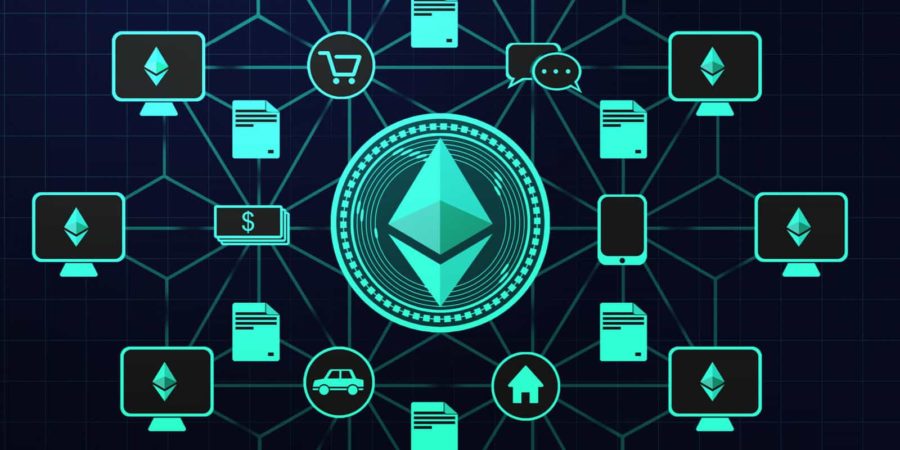 DApps are decentralized applications which run on top of a peer-to-peer network of computers instead of on one central computer. These types of apps have emerged since the creation of P2P networks.

Decentralized applications are pieces of code written in smart contracts which communicate with the blockchain, and it is programmed to control various actions on the said network by processing the external information they receive.

The rules of the smart contract are executed by an autonomous agent which operates on an owner’s behalf but without the owner actually making any actions.

On the surface, decentralized applications have similar interfaces just like any other web or mobile-based app.

Not all decentralized applications have to function using a blockchain network. Some dapps just run on P2P networks that are not blockchains, such as Tor, BitTorrent, Popcorn Time, BitMessage. But in this article, we will be focusing solely on blockchain-based dapps.

There are several specific characteristics which define any dapp:

The two most used protocols are Proof of Work and Proof of Stake:

Proof-of-work (POW) enables network participants to be rewarded based on how much work they have put into the network. The process of mining and adding them to the chain requires a lot of energy, and thus the blockchain remains secure. The mining rewards are tokens, and they are distributed based on the number of processed transactions.

Proof-of-stake (POS) involves holding and staking tokens and based on the amount you have, you are able to vote on a new block.

Not all DApps are the same, as they can have different kinds of functions and use the blockchain differently.

Difference Between DApps and Smart Contracts

Many confuse dapps and smart contracts due to the fact that they have many similarities when it comes to function, but they are actually two separate things.

A smart contract is a piece of software which automatically executes the terms agreed upon by two or more parties, and distributes the digital assets only when all the requirements are met.

Security is a big issue in technology nowadays. Due to their decentralized nature and use of blockchain technology, DApps are more secure.

This is because a hacker does not have centralized failure point which it can attack. This type of vulnerability has been exploited before, leading to massive data breaches and huge monetary losses. DDoS, SQL injection, XML attacks, phishing, are all types of attacks that exploit the single point of failure of an app. With dapps, this is not an issue anymore.

Because the data stored by the blockchain requires all its nodes to validate any new transactions, a single entity cannot take advantage of the system and alter the dapp for its own use.

The hacker would also have to change all the blocks to hide any alteration of data stored in a blockchain so that their activity is not detected.

Unlike, traditional applications, dapps do not need a central authority to enable transactions and make changes necessary for the platform’s functioning. DApps are completely autonomous once they have been fully launched. This allows the dapps to operate without constraints set by external factors such as a corporation or a government.

A decentralized application cannot be subjected to any kind of centralized control, meaning they cannot be censored or controlled by any entity

Augur is a type II dapp based on the Ethereum blockchain that allows participants to make market predictions. The predictions can be converted into “shares” which can subsequently be bought or sold.

Sia is a type I dapp, which uses blockchain to offer a decentralized storage platform that leverages the “underutilized hard drive capacity” of the world. The project uses its own private blockchain.

It is basically a cloud and blockchain-based marketplace for data storage. The platform uses the empty hard drives and offers them as cheap cloud storage which can be used by anyone.

The SAFE Network is a type III dapp, which serves as a decentralized storage and communications data center. SAFE, an acronym for Secure Access For Everyone, makes use of peer-to-peer technology to enable network users to share their computing power. The dapp uses the Omni Protocol (a type II dapp which is based on the Bitcoin blockchain) to issue “Safecoins” that allows network users to buy file storage.

DApps are one of the most useful applications of blockchain technology. As more and more apps enter the market, it is only natural that more types with new use cases will come along.