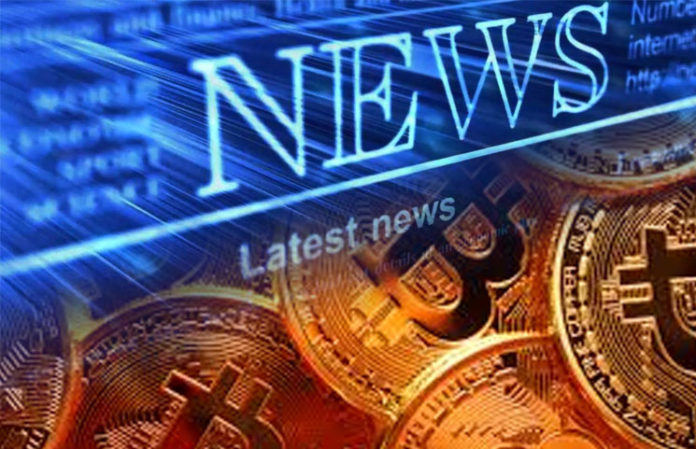 If you want to find out the latest events that transpired in the past week in the world of crypto, here is our weekly news summary.

Huobi exchange revealed the implementation of a liquidation mechanism that would stop trading should prices if the volatility is too high. This addition was made after last week’s cryptocurrency market crash.

The Singaporean company said on March 18th that the new system will be implemented into its crypto derivatives marketplace, and would stop all liquidations – the automictic closing of a trader’s position is – in times when volatility puts in danger the traders’ assets.

Coinbase announced on March 17th that its cards could now be added to users’ Google Pay wallets, and make crypto payments to their phones or smartwatches or other Google Pay-enabled devices.

The new Google Pay payment service is available to users based in European countries including the U.K., Ireland, Spain, France, Italy, and Sweden. More countries will be added to the list soon.

Coinbase added that card users will be able to use the Google Pay feature before they receive their physical card.

The Bahamas-based crypto hedge fund Fulgur Alpha currently has a valuation of $280 million dollars., and according to Bitfinex, it can only be accessed by professional investors. The role of the fund is to increase the assets under management.

Fulgur Alpha’s assets are stored and managed by licensed crypto-asset custodian Delchain Limited, with the fund being compliant with Bahamas-based administrator Deltec Fund Services and a division of the Deltec International Group.

Executive head of operations at Delchain Bruno Macchialli explained that the fund is a “blueprint for institutional investment in crypto” and offers a traditional way of diversifying risk.

After years of uncertain cryptocurrency regulation, Russia has made another confusing statement for its upcoming crypto laws.

The Bank of Russia’s legal executive has stated that the still-unfinished bill “On Digital Financial Assets”, will ban cryptocurrencies and their issuance and circulation.

Head of the legal department at Russia’s central bank, Alexey Guznov, stated that the issuance and circulation of crypto in the country carries an “unjustified risk”

The first iteration of the bill “On Digital Financial Assets” permitted cryptocurrency trading in the country, but the revised document now states that nearly everything about crypto except holding is prohibited. The official has stated that the new law will clearly forbid the issuance and circulation of cryptocurrency and that there would be penalties for not respecting this law. Guznov stated:

The crypto bill also prohibits Russian financial institutions from distributing digital assets. However, Guznov was not clear about the repercussions for converting crypto into local fiat currency, or a foreign currency.

“If a person who owns, for example, Bitcoins, completes a transaction in a jurisdiction that does not prohibit this, we are unlikely to be able to regulate that.”-said the exec.

Binance.US, the United States branch of the Binance cryptocurrency exchange, will now support XTZ trading starting from March 16th. The XTZ/USD and XTZ/BUSD pairs are available on the platform.

XTZ deposits on Binance.US went live on Sunday, March 15th, but withdrawals were not enabled until trading went live. Binance.US deposits or exchanges USD for XTZ require users to pass fiat verification as well as basic and advanced identity verification.

The coronavirus epidemic has infected by now 25,000 and killed nearly people in Italy, making it one of the most affected countries in Europe.

The campaigners posted on their blog that the target was $11,200 but the donations surpassed $13,300.

The Italian Red Cross Fundraising received support from the Colli Albani committee which was the one that made the crypto donations possible.

The funds will be used to buy the much-needed equipment for testing and treatment of patients with COVID 19. The donation goal has been raised to $25,000 as more crypto and bitcoin are being offered for the cause.

Blockchain data shows that 2.85 BTC was donated in total from various people. One user made a generous donation of 2.64 BTC in one transfer.

Young Srl, a startup that usually develops initiatives and supports charity projects, is responsible for this crypto initiative as well. The CEO of the startup Andrea Ferrero praised the transparency and effectiveness of blockchain technology which have come in handy in these times of crisis.