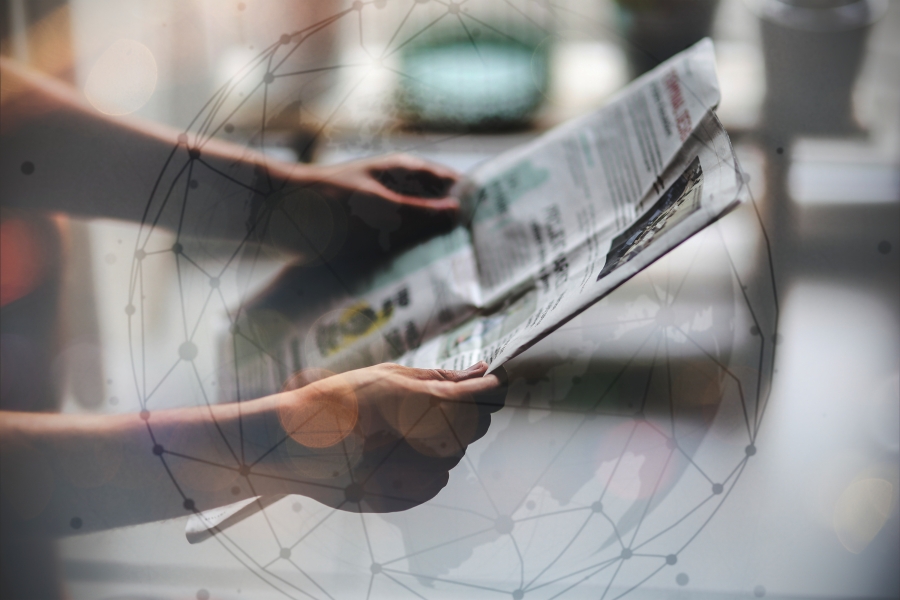 If you want to know what happened over the past week in the world of crypto, but you can’t be bothered scouring all the news sites, here is our weekly news summary.

Brave Browser Gets Exposure on the Joe Rogan Podcast

Rogan’s podcast has a monthly download rate of more than 190 million, and the show was recently licensed to Spotify after a $100 million contract was made. This latest episode, which features American musician and comic Reggie Watts, amassed more than 1.7 million views in the first 24 hours since it was posted on YouTube. With so many people listening/watching the show, Brave could not have landed a better endorsement.

Rogan and Watts talked for about half an hour about online privacy, apps, and ads in the 2.5-hour episode, stating at one point:

They also delved into matters related to big social media platforms and apps, such as the surveillance and tracking of Google, which recently brought the company a $5 billion for tracking users without consent while in private mode.

Watts recommended the Brave browser as his browser of choice for avoiding online tracking:

“I’ll go to Brave, a private browser, and I’ll look up the product there.”

Rogan stated that he also used Brave, as well as the Duck Duck Go search engine. Watts commented that the latter was not as optimal as Brave, stating that “the search engine sucks”.

Several other figures from the crypto world have been guests at Joe Rogan’s podcast, such as Bitcoin expert and popular author, Andreas Antonopoulos, and former Dogecoin CEO, Elon Musk.

Two of the biggest crypto exchanges, Bittrex and Poloniex, have been slapped by a class-action lawsuit in which they are accused of minting USDT to manipulate the 2017 bull run.

The litigants of the lawsuit claim that Bitfinex and Tether pushed crypto market prices in 2017 via market manipulation and have requested that Bittrex and Poloniex both receive subpoenas.

According to the case’s documents, which were first filed in October 2019, the Bitfinex crypto exchange and its sister company Tether issued a high number of USDT stablecoins without having the US dollar backing in order to inflate crypto prices in 2017. The companies are being sued by investors that believe they have purchased cryptos at fake inflated prices.

The court was requested by the Petitioners to reward sensible costs of suit, pre- and post-judgment interest, and realistic attorneys’ fees.

Tether allegedly “issued billions of USDT to itself with no U.S. dollar backing— simply creating the USDT out of thin air.” The lawsuit further stated that USDT was then used to buy cryptos which prompted prices “to spike far above their legitimate value in the largest bubble in human history, and ultimately resulting in billions of dollars of damage to innocent crypto commodity purchasers”.

The revised filing claims that the two exchanges, Bittrex and Poloniex, were also co-conspirators, as they allowed many traders to execute huge buy orders across multiple exchanges in order to fool people into believing there was fresh liquidity going into the markets.

“With the willing assistance of Bittrex, Inc. (“Bittrex”) and Poloniex LLC (“Poloniex”), two other crypto-exchanges, Bitfinex and Tether used fraudulently issued USDT to make strategically timed, massive purchases of cryptocommodities just when the price of those commodities was falling,” – read the complaint.

The filing also accused the exchanges of working “closely with Tether and adopted its guarantee that each USDT is backed by one U.S. dollar”. Moreover, the file noted that their USDT listings enabled them to score high volumes and rank high in the industry.

One of the five plaintiffs, Pinchas Goldshtein, claimed that he suffered economic losses due to the purchase of 629 Bitcoin (BTC) futures contracts between January 16, 2018, and June 3, 2020. According to these dates, Goldshtein was apparently still trading on the same day that the filing was made.

Seba Bank, a crypto-firm based in Zug, has reached out to universities and launched a dedicated educational platform that will focus on crypto education.

According to a statement posted on Friday, crypto-bank Seba partnered with three specialized university departments to create a dedicated education platform called Sebaversity. The platform is focused on teaching and providing the necessary knowledge to the next generation of crypto developers and experts.

Seba Bank’s three collaborating universities are the Frankfurt School Blockchain Center, Lucerne University of Applied Sciences and Arts, and the Swiss Fintech Innovation Lab of the University of Zurich. Sebaversity aims to teach blockchain and cryptocurrencies to individuals as well as employees of companies.

“The need for training in the area of blockchain is enormous. Sebaversity, initiated by the first crypto-bank with a Finma license, makes an important contribution here,”- stated the director of the Swiss Fintech Innovation Lab, Thomas Puschmann.

The certificate applies strategies for data protection when it comes to any type of personally identifiable information (PII) within an organization.

SGS is a Swiss global body that owns more than 2,600 offices all over the world and gives offers certification services after executing independent verification and audits.

Jason Lau, the Chief Information Security Officer of Crypto.com, stated that the addition of the ISO27701:2019 certification to the company’s existing security certifications shows their dedication towards providing the best security.

Company-wide milestone! The new #iso27701 is assurance to our customers that we are committed to continuously improving our data privacy management as we continue to expand globally. Congrats! @cryptocom @Kris_HK https://t.co/mazepqUobv

The certificate is one component of a more ample security management certification, which usually concentrates on continuous security and privacy measures.

“The organization will need to maintain stringent policies, procedures, controls, and commitment to continuously improve in order to maintain its certification status,” – noted Lau.

According to Lau, the company was intensely audited for six months before receiving the certification, to make sure that the entire data management system was constantly working to better privacy in their daily operations.

As additional layers have been implemented across the organization, user information is now far more secured against external hacking attempts, stated Lau.

“Currently, there are regions around the world where crypto regulations have either not been created yet, or are in the very early stages of being enforced.”