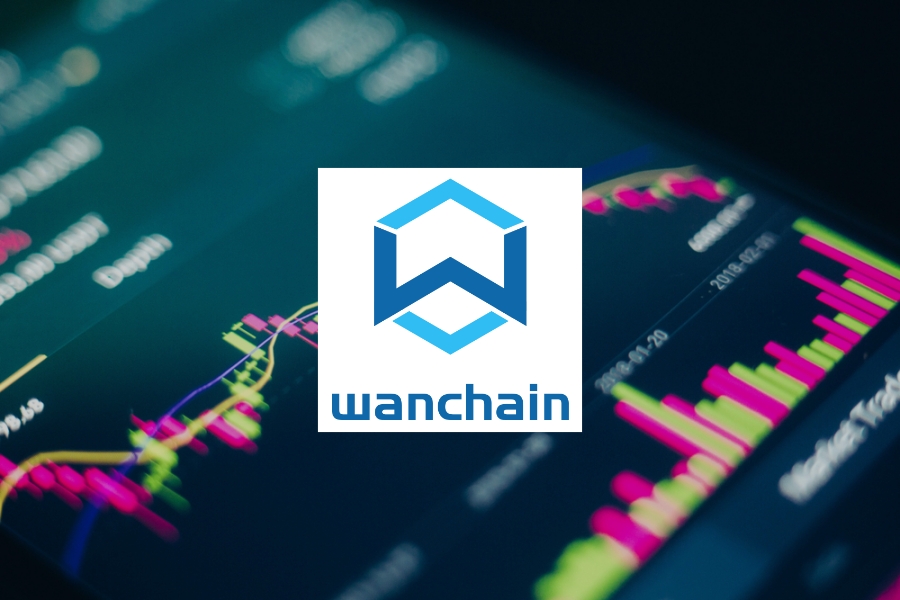 In our Wanchain price prediction for January 2020, we will be looking at some of the past price trends and market opinions.

Wanchain was launched by Wanglu Tech, a Chinese company founded by Jack Lu, who also co-founded Factom. The Wanchain blockchain was forked from the Ethereum code.

Wanchain was designed to be a cross-chain blockchain infrastructure that would enable asset transfers as well as dApp and smart contract creation and functionality for financial applications.

The native coin of the Wanchain environment is the WAN coin. The project’s mainnet went live in January 2018, and in July 2018, the Wanchain 2.0 version was released.

WAN started trading in December at a price of $0,208133, continuing the downward trend that began in November. The coin continued to lose its value throughout the day and closed at $0,192872.

Unfortunately, the highest value of December so far is still the opening price. Wanchain has continued losing value over the past weeks. From December 2nd to December 10th, WAN has been trading between $0.19 and $0.18, continuously declining. 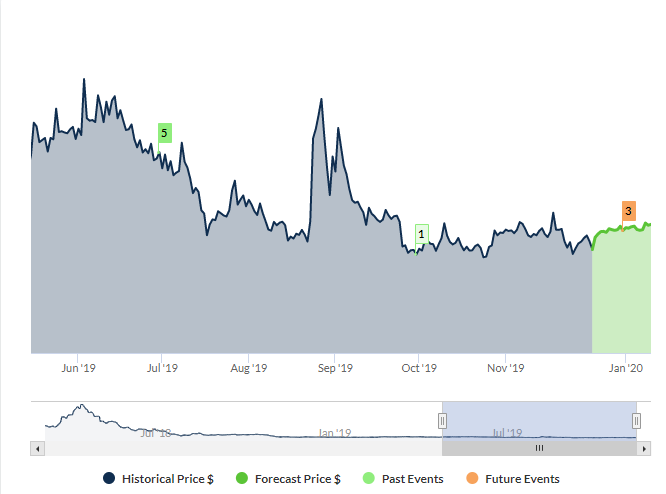 Below are the pivot, resistance, and support levels calculated by WalletInvestor:

At the time, Wanchain also enabled Validator nodes on its network, which would enable WAN staking on the Wanchain network.

The Wanchain team then went on to release a tool to aid Validator node monitoring. When the new tool was launched, the price of WAN saw an increase of 11% in the last 24-hour period, reaching a high of 0.0000282 BTC, but then, the price corrected itself. The trading volume also saw a significant boost.

“POS can get a lot of involvement from the community. Once they get used to the POS, some people will be more encouraged to use their token power to participate in all the on-chain governance and events,” said Wanchain’s CEO Jack Lu.

2019 was a busy year for Wanchain, but there have been several delays before their developments were finally implemented.

The team announced that in 2020, they will be “making a major pivot to focus on making Wanchain a better choice for dApp developers. This will be done both through additional tools which make the Wanchain dApp building process easier than ever, as well as upgrades to GWAN, the Wanchain core protocol client.”

Various crypto forecasting outlets have made their own Wanchain price prediction for January 2020, so we decided to feature them as well in order to better convey market sentiment.

“Wanchain might increase its partnerships with coins and businesses, which might take it to a new level of milestones. Wanchain follower ratio and the adoption rate might also increase exponentially, which is one of the ways to move forward and gain a newer outlook in the cryptocurrency market. By the end of 2020, Wanchain might reach $9.06, which will give it a fresh perspective to perform and increase its margin.”

The site has calculated the average, minimum, and maximum values that Wanchain is expected to have in the first month of 2020, with these values being featured for every day of January.

The crypto forecasting website, Digitalcoinprice, estimated that the value of Wanchain in January would be of $0.41559936, which would signify an increase of 117.73%.

Wanchain is most likely not going to see amazing surges at the beginning of 2020, but the project has demonstrated that it is working towards making more implementations on its blockchain.

This has been our Wanchain price prediction for January 2020. We hope that the information we provided in our article will be able to service you in your trading exploits.