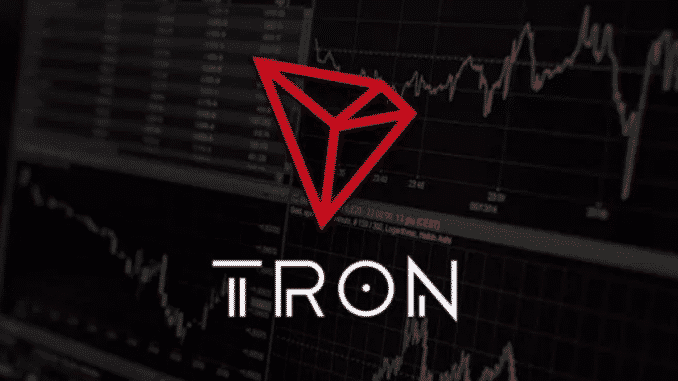 We will be analyzing this month’s performance of TRX in order to come up with a TRON price prediction for the end of August.

TRX is the native cryptocurrency of the TRON platform, a blockchain network designed for offering decentralized internet and global free content entertainment system.

The TRON Protocol function as an operating system which runs on blockchain, that allows the creation and deployment of smart contracts and decentralized applications, as well as the publishing and storing of content and data.

Tron started August at $0.022 and kept trading at around the $0.020 mark. The coin has started reflecting a little improvement after the heavy fall on 14th August.

The coin reached its lowest so far for this month on August 15th, trading at $0.016. This also caused the market cap to decrease significantly.

This massive fall in the Tron price suggests that there will be no recovery period in the following days.

On August 19th TRON recover ever so slightly after its slump from the week before, managing to reach $0.018. While most hoped that Tron would break the $0.0185 resistance, this did not happen in spite of the strong pressure from the bears.

The Tron (TRX) price started off quite promising in the first two-quarters of the month, but recently, it took significant losses.

After TRON failed to come back to the $0.020 support level, it does not seem that it will be retesting it any time soon. Currently, the best support level is at $0.0160, but there is still a possibility the coin could go down even further.

Compared to BTC, the overall performance of the TRX/USD pair shows bearish tendencies for intraday trading.

The RSI indicator also went down from above level 60 to below level 50 which indicates low confidence in TRX coin by the investors which in turn could lead to an increase in sell-offs.

The Crypto Newsz website expects Tron (TRX) so see gains in the near future, stating that the next days the traders that invested in the coin could see some positive action.

Crypto analysis site TheMerkle has concluded that the most crucial support is “likely to be seen near $0.0100.  To relate to that, the 21 day MA is still actively hovering on top of the 7 day MA. This shows that the support zone is going to keep dropping lower and lower, which is a secure bearish sign.  New targets should be set at $0.0150.”

The current state of Tron is not looking so good right now, as it is struggling to get back to its $0.018 mark. While bulls are hoping to rally the coin back at least to $0.020, it is believed that breaking this resistance level will not happen by the end of August.

Unless Justin Sun, the founder and CEO of Tron, makes any announcements regarding developments and partnerships to boost the price up, there will probably be no significant changes in the performance of TRX.