Top Cryptocurrencies To HODL For Passive Income In 2020 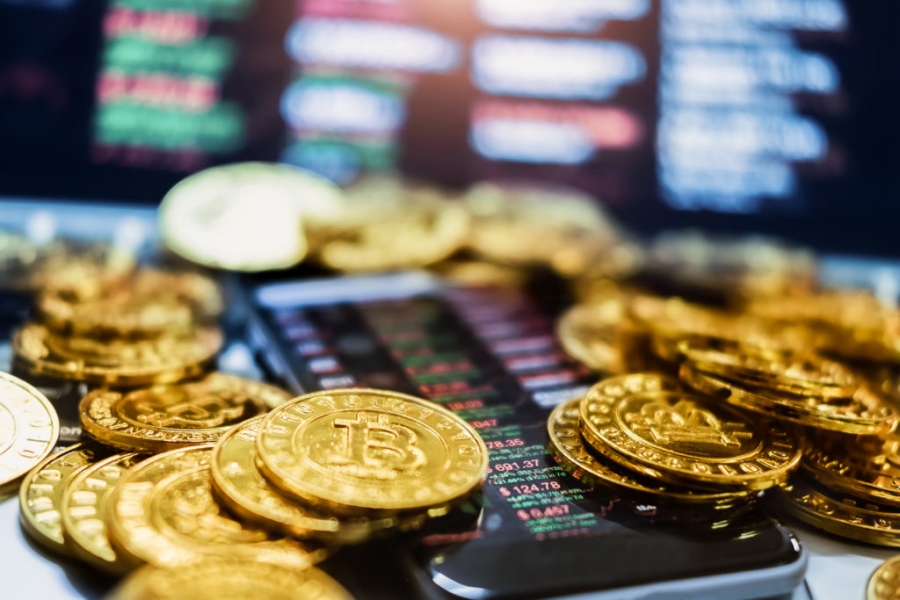 You can easily make passive income from holding cryptocurrencies, as many allow you to earn new coins by staking.

There are various platforms, mostly those with PoS protocols, that give users a reward consisting of their respective cryptos if a number of assets are held in a compatible wallet for a certain period of time (between every day, to every quarter).

Here are some of the best cryptos that you can hold in 2020 to make passive income.

Dubbed the “Chinese Ethereum,” NEO is smart contracts and dapp platform that is popular in the crypto world. This platform was developed by Onchain, a Shanghai-based company, originally named “Antshares”, but later it was rebranded into NEO.

NEO is currently the 18th coin according to market capitalization, which is no small feat considering the high number of coin projects that have been launched over the years.

The platform functions using two types of digital assets: NEO and GAS. NEO is the token that can be staked in a NEO wallet for rewards. The rewards are given in GAS tokens.

Several exchanges support NEO stakings, such as Binance and Kucoin, but we recommend using the official NEO wallets. Unlike other Proof-of-Stake cryptocurrencies, with NEO, you do not have to keep your staking wallets open permanently to receive the rewards.

KuCoin is a known crypto exchange which rewards 50% of daily exchange fees to the holders of their native token. The Hong Kong exchange was established in mid-2017 but has managed to survive so far in the highly competitive crypto market.

KCS (KuCoin Shares) is the native crypto of the exchange, functioning similarly to Binance’s BNB. But the reward system is quite different compared to the one offered by Binance.

Unlike other PoS cryptos on our list, you earn passive income with Kucoin Shares by holding them in the exchange’s wallet. Holding KCS will get you daily bonuses proportional to the number of tokens you own, meaning the more KCS you own, the higher the bonus will be.

PIVX (Private Instant Verified Transaction) is an open-source, privacy-focused crypto which forked from DASH, and it is based on the Zerocoin protocol. The coin aims to be an operational digital means of exchange that can be transferred among parties in an anonymous and facile way.

The PIVX platform employs a Proof of Stake consensus, meaning it also has a staking model. Users are paid in stakes for holding PIVX in a wallet. The wallet has to be open and online in order to generate staking rewards.

A new recent proposal gave all stakers the same voting rights regardless of the amount of PIVX held. Before, only users that held 10,000 PIVX were able to earn rewards and vote.

A block reward is released every minute at random with higher chances if you have more PIVX staked.

NavCoin was forked from the Bitcoin chain in 2014, but this coin operates on a PoS consensus. NAV Coin is also the first cryptocurrency that uses a dual blockchain, which enables transactions to be done privately.

In order to receive the staking reward, you will have to store them in a Core Wallet, which requires minimal computer resources, that it can be even used on Raspberry Pi.

The calculated annual reward is around 4-5%, which is not that significant with the current prices of the coin, but the staking process requires that you only set the wallet and leave the rest to the network to deposit the rewards. You can’t get passive income easier than this.

NavCoin is a great coin as it supports fast transaction times (30 seconds), optional privacy with dual blockchains, and a POS staking.

LSK owners are able to vote mainchain delegates which manage network security and to also earn block generation rewards. Even if this financial incentive motivates users to want to become an active delegate, only the top 101 holders with the most LSK can become delegates. Of course, the funds should be staked in Lisk wallets that support staking.

Komodo is a privacy-focused crypto which is part of a composable multi-chain platform, and a decentralized economy system called SuperNET. Komodo is forked from Zcash and, in addition to its privacy-focused features, the crypto employs a number of implementations used by different existing blockchains.

Komodo started in 2014, being among the first developers of multi-chain architecture in the blockchain space. As of Aug 2019, Komodo offers secure, scalable, interoperable, and adaptable blockchain solutions for businesses.

The KMD platform is based on the Delayed Proof of Work (dPOW) protocol, which uses the regular proof of work protocol, but it authenticates the blocks on the blockchain. You can stake coins and earn rewards, but the process is not like pure staking. You do not need to keep the wallet opened at all times; you just have to make at least a transaction once per month. Komodo holders make a 5% KMD annual profit until the supply reaches 200M KMD.

QTUM is an open-source blockchain and cryptocurrency platform which supports smart contract development and is governed by the Proof-of-Stake consensus.

Even though Qtum is built on Bitcoin’s UTXO, it also has Ethereum’s POS component. This hybrid blockchain takes the best features of Bitcoin and Ethereum and merges them together.

QTUM doesn’t have minimum reserve requirements for staking. To receive passive income from staking Qtum, you have to keep the coins in a staking Qtum wallet with a complete copy of the blockchain on your Computer or a Virtual Private Server (VPS).

The wallet has to be online 24/7 and kept unlocked for staking only.

The share you will receive will be based on the block reward, block time, daily network rewards, and the total amount staked.

This has been our list with the best cryptos that you can hold to make passive income easily. Each crypto has its own reward mechanism, so make sure to choose the one that is most suitable for you.