These Cryptocurrencies Will Never See Their All-Time High Again 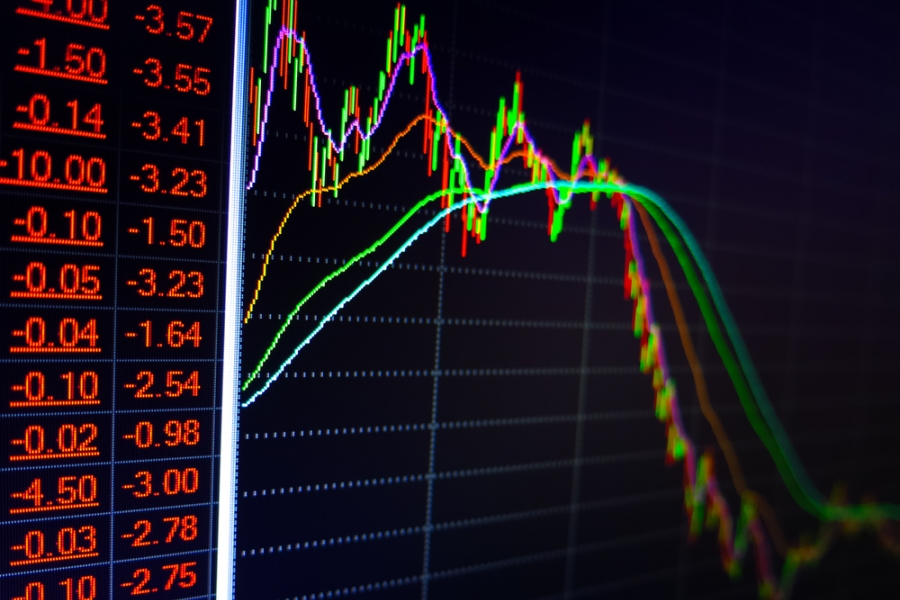 The entire altcoin market is in the red after a few weeks of going through a bullish trend, but many altcoins have a very low USD value and BTC ratios compared to last year.

The prices have gone down so much since 2018, that even if Bitcoin were to have a huge bull run of $100K, most altcoins would still not be able to get back to their all-time high. Crypto analyst, Ceteris Paribus, stated back in 2019 that if the coins maintained their ratio to BTC, even if Bitcoin went through a 930% gain, the altcoins “will still be below their all-time high reached during the last cycle.”

At the beginning of last year, many altcoins demonstrated better price performances than Bitcoin, with some doubling their value and BTC ratios. But all this came to a halt in April, as the Bitcoin-correlated altcoins began diverging greatly and went on to drop even further. This prompted many investors to sell out what they had left of their crypto holdings out of fear of not losing all their investment.

Some investors are still holding on for another altcoin season, when the low liquidity of the assets combined with FOMO pushes the prices of all altcoins to surge. During the peak of the Bitcoin bull run, many investors made immense returns off of their altcoins.

Those that failed to sell their altcoins back then were left with a great amount of cryptos. Most of those cryptos will probably never come close to their previous all-time high.

At the start of January 2020, there was a 10% rally, which brought some hope back for investors. But, even with this increase, it still should be noted that most of the top ten coins, according to the market cap are still 90% down from their all-time high.

While huge fluctuations are not uncommon in the crypto market, seeing a strong recovery in the opposite direction is very difficult, even for bigger altcoins. If a cryptocurrency had a loss of 95% from its all-time high, then it has to increase 2000% or 20x to return to its prior value.

It is expected that coins either have an unlimited supply or a large supply with constant releases like XRP, by dumping hundreds of millions of tokens, this will negatively affect the price as the supply adjusts to fit in on the market.

The most important factor is that all coins rely on the performance of Bitcoin (BTC). If Bitcoin doesn’t manage to climb up again, there will be no new capital flow into the market, then all altcoins can kiss their all-time high goodbye forever.

Projects that have low GitHub activity and commits suggest that developers are not making any progress on the crypto’s respective project and, most likely, have been interested in getting money from investors. While there are some projects which do not go public frequently with their developments, the ones that have been dead for several years now either on their blog or Github will never get back to their all-time high.

Many of these coins hit their all-time high at the peak of the 2017 bull run, when every coin was touted to be “the next Bitcoin.” Many believed this at that point, supporting their favorite project all the way until their prices came crashing down. But now investors are much wiser and are wary of any new project. Most are selling any major gains (100%+) immediately and invest it into Bitcoin, as it is still regarded as the coin with the most potential to increase in price again. The crypto market landscape consists of pump & dump market schemes, and a wide majority of coins are still suspected of being part of such schemes as they have been launched not long ago.

Cryptos that Are Not Going to Reach Their All-Time High

The Icon project has some updates on its Github page, but the coin is 43 times less than its all-time high, and there are no signs that the coin will ever recover to such values.

BTG is 67 times less than its all-time high value and has an ROI of -98,29%. The worst part is that in January 2020, BTG suffered a 51% attack where over $70,000 worth of BTG where double-spent over the course of two days, with the miner attacking the blockchain two times, to first double-spend $19,000 worth of BTG, and then another $53,000. This type of attack proved how easy it was to get over 50% of the BTG network’s hash rate, which raises questions regarding its security issues and development status.

Steem was launched as the native crypto of the Steemit platform as a way of rewarding its community for content and engagement. Steem is 53 times less than its all-time high and has an ROI of -73,55%.

It is difficult to predict the price movement of any coin, and you have to keep in mind that this is purely speculation based on the current prices and status of the coin. Anything can happen on the crypto market, and it is possible that some of these mentioned coins can shoot up or even past their all-time high prices. So, the best thing to do is keep an eye open on how the market progresses and try to best predict from the signals it is sending.