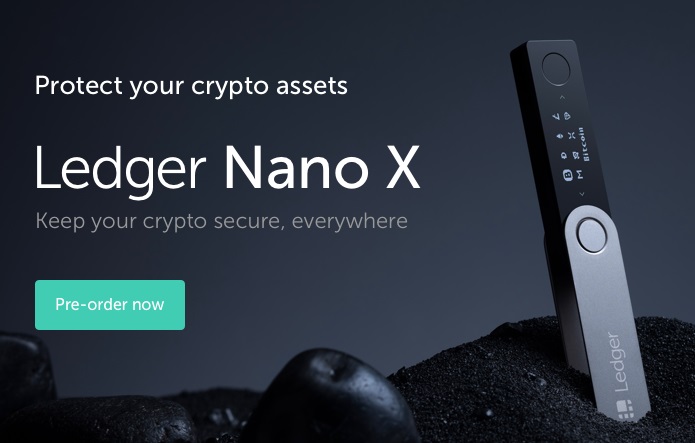 During the last couple of years, cryptocurrencies have become quite a big deal for many people all around the globe. Regardless of you being a small-time HODL-er or a big-shot crypto investor, there’s no getting around the need for a crypto wallet to hold your private keys.

The crypto wallet industry has come a long way since the “old” days, and we are currently spoiled with a plethora of very good choices. And even though the hardware wallet market is probably the most profitable (and most exciting), no name stands out more than Ledger, the long-running hardware maker.

To date, the Paris-based Ledger company has sold over 1 million Ledger hardware wallet devices which include the famous Ledger Nano S, and the niche-like Ledger Nano Blue. Recently announced at the CES 2019, the Ledger Nano X is the latest product of the company, and it was designed to be a game-changer in the crypto hardware wallet industry.

For starters, it’s worth mentioning that Ledger Nano X was designed to improve all aspects of the Ledger Nano S. Even though it looks relatively similar to the older product (it actually is twice as heavy and a little bigger), it has a lot of new technology under the hood.

The most significant difference between the Nano S and the new Nano X is the mobile-friendliness. It’s a Bluetooth-enabled wallet (just like the CoolWallet S), which means that spending your funds from your Nano X is as easy as connecting it to your phone via Bluetooth, installing the new Ledger app (available for both iOS and Android), and taping a few times on your phone’s screen.

The Ledger Nano S became a legendary market contender thanks to a mix of practicality, versatility, and extreme security, thus the Nano X only follows in its footsteps. One of the most attractive aspects of this new product is the fact that it supports over 100 applications, and that it allows you to store 100 different cryptocurrencies on it out of a total of 1100.

Other differences besides the Bluetooth compatibility include a much larger memory for more apps and crypto storage (as mentioned above), a higher quality screen (it now has 128×64 pixels instead of 128×32 pixels), and a more powerful and secure chip.

Security is the primary focus, especially when you want to buy a hardware wallet. Contrary to what many might believe, the new Bluetooth element does not add any type of security risks to the product. It’s worth keeping in mind that the Bluetooth connection lets your phone app to access the wallet in order to complete a transaction (so you don’t have to manually do it like in the case of the Nano S via its tiny buttons). Essentially, the private keys are brought to your phone.

The good news is that the Bluetooth connection is end-to-end encrypted, and the wallet still has a super secure PIN system. Furthermore, your private keys are isolated inside the device via CC EAL5+ certified technology (the same chip is used to secure passports and credit cards).

How Do I Set Up My Ledger Nano X?

If you’ve ever set up a Ledger Nano S, then it’s basically the same thing, only there’s a phone element involved. Nevertheless, the process is extremely user-friendly. It’s worth noting that the wallet is shipped with a USB cable, an instruction booklet/leaflet, three private key recovery sheets, and a keychain strap.

There are two ways of setting up the wallet: you either connect it to a computer (like Nano S), or your smartphone via USB or Bluetooth. To set it up through a typical computer (compatible with Windows 8+, MAC OS 10.8+, and Linux), download the Ledger Live program and follow the simple instructions.

To set it up through your smartphone (compatible with iOS 9+, and Android 5), download the Ledger app from either the App Store or the Google Play Store, and follow the step-by-step installation procedure. Regardless of which option you choose, the process is pretty much similar: connect your wallet to either device, select or enter your login details and PIN, back up your recovery phrase or the provided recovery sheet,” and install all the desired apps.

How Do I Get One?

The Nano X is available on pre-order on the official website, and it’s priced at $199 in the States and €119 in Europe and other parts of the world.

Nano X has undoubtedly changed the way we perceive and relate to hardware wallets. When compared with its competition (at the time of this writing, the only hardware wallet offering a similar kit is the CoolWallet S), the Ledger Nano X comes way on top.

The main advantage is the fact that it brings mobile functionality, which allows you to take your Ledger anywhere on the go, with Bluetooth mobile compatibility.

However, it’s also worth remembering that the device improves upon various other areas. It brings additional storage, a larger, sharper screen, and a lot more ease of use thanks to a relatively simplified interface. Realistically speaking, the price is not all that bad either, since it’s a bit cheaper than its main rival.