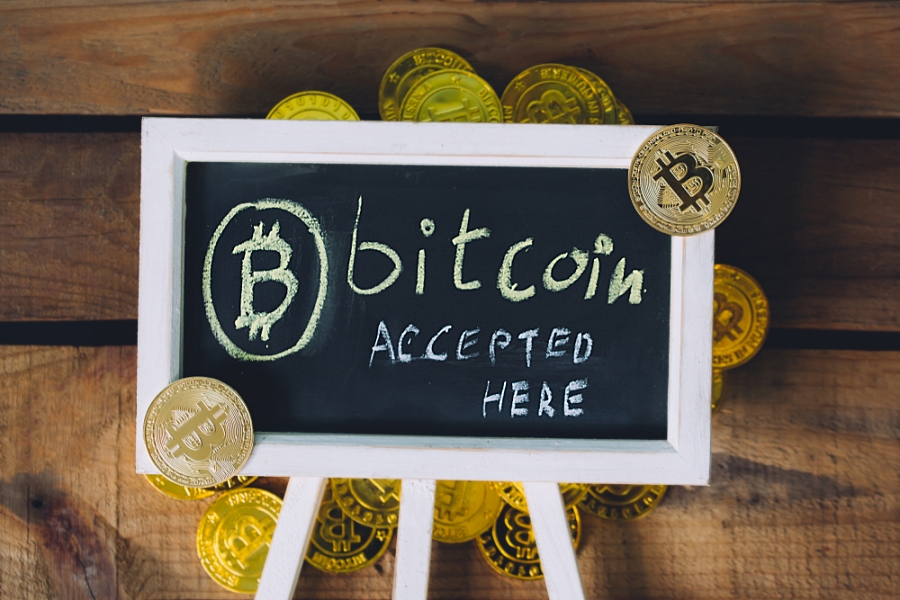 Bitcoin is the most widely adopted cryptocurrency, as it is accepted as payment by many websites and companies for their services and products. Here is a list of the sites that allow users to pay with BTC.

Overstock is a popular online reseller of thousands of products for many designer brands and home goods. The site was among the first retailers to add support for Bitcoin in early 2014. Users can buy anything from clothes, home décor, electronics, and accessories with Bitcoin.

Newegg is a giant computer hardware retailer that has a yearly revenue of $2.7 Billion. The company integrated Bitcoin payments in 2014, thus allowing customers to purchase PCs, laptops, GPUs, motherboards, and other components with BTC. Only Newegg customers from the United States are able to pay with Bitcoin at the moment.

eGifter is a top gift card site that has been allowing customers to buy gift cards online with Bitcoin for several years now. Users can purchase hundreds of gift cards from top brands, such as Adidas, Nike, Domino’s Pizza, and even Walmart.

Shopify is an e-commerce software that is used by over 500,000 online stores. While Shopify does not support Bitcoin itself, it allows its online stores to integrate Bitcoin payments through BitPay. Their website states that thousands of Shopify merchants already support BTC for the purchase of their goods and services.

Microsoft is one of the tech giants of the world, and the company added Bitcoin support in early 2014 when BTC was trading at around $300.

Customers can use BTC to pay for movies, games, and apps that are available on the Windows and Xbox stores.

WholeFoods is a company owned by Amazon, and while its parent company has not yet implemented Bitcoin payments, the food produce retailer announced that it has enabled BTC purchases through a partnership with the Flexa payment gateway.

The telecommunications company recently added Bitcoin payments as an option for its phone bills. AT&T stated that this implementation was made to provide customers with the “ability to pay with the method that they prefer”. BTC payments are facilitated by the BitPay payment processor.

ExpressVPN is an established virtual private network provider, allowing clients to access the internet securely and anonymously by paying subscriptions with Bitcoin.

PureVPN is another VPN service that supports bitcoin payments for its security plans.

The most popular online encyclopedia, Wikipedia has enabled people since 2014 to make donations for its site in bitcoins.

Wikileaks is a global non-profit site that allows the anonymous publishing of sensitive information that is usually not disclosed to the public. As PayPal and all major credit card companies prevented users from donating to Wikileaks, the site turned to cryptocurrencies.

WikiLeaks began accepting donations in Bitcoin since 2010, when the Bitcoin was under a dollar.

4chan is an anonymous imageboard community that appeared back in 2003, and today, it has more than 22 million page views per month, thus making it one of the most accessed sites in the world. While users can register for free, there is a “Pass” feature, which is like a premium membership. The Pass can only be acquired with Bitcoin, Bitcoin Cash, Ethereum, and Litecoin.

Namecheap is a domain name registration and web hosting provider that has over 10 Million domains under management. Back in 2013, the company integrated Bitcoin support to allow customers to purchase domain names with the coin.

CheapAir.com is an online travel agency from the US that has been around since the 1980s. The company enabled Bitcoin payments since 2013, allowing customers to use to coin to pay for flight and hotel bookings. In 2018, they had to suspend its BTC option as Coinbase halted its services for merchants but soon switched to a different payment processor.

Travala is a site which allows you to book hotel and accommodation around the world at more than 500,000+ hotels. In addition to Bitcoin, travelers can also pay for their bookings in XRP, BNB, TUSD, and a number of other digital coins.

Another online travel booking website that accepts BTC is Travelbybit. Here users can book hotels and flights by using Bitcoin, Binance Coin (BNB), Litecoin (LTC), and Tether (USDT). The site also offers 10% rewards in Bitcoin for those that book using their services.

Greitai is a search platform for flights, hotels, and car rentals. You also have the option of booking using Bitcoin and 20 other coins.

Destinia.com is a Spanish-based travel agency that also accepts bitcoin payments through its integration with BitPay. Users can book from over 190,000 hotels all over the world. However, a number of travelers have discovered that not all flights can be paid with Bitcoin, and there is “no list of flights or airlines that they can process Bitcoin payments for.”

Latvian airline airBaltic was among the first companies of its kind to enable bitcoins as payment. Flyers can book flights with BTC to 60 destinations in Europe, the Middle East, and Russia.

People can not only pay for flights on Earth with BTC, but they can also book a flight to outer space. Virgin Galactic is a space travel company that has a net worth of $7 Billion that added in November 2013 Bitcoin as a payment option.

PlayBoy has been activating since 1953, making it one of the oldest companies in the adult entertainment business. Like most magazines, the company decided to move its content online.

The company announced in March 2018 that it would accept crypto payments for the premium features of their “PlayBoy TV” service.

Because of this, the company initially integrated payments with the Verge cryptocurrency, but it later accepted Bitcoin, Ethereum, and Litecoin for its subscriptions.

This has been our list with some of the websites that accept BTC as payment. Of course, there are hundreds of other online platforms that support Bitcoin payments that you can check out.