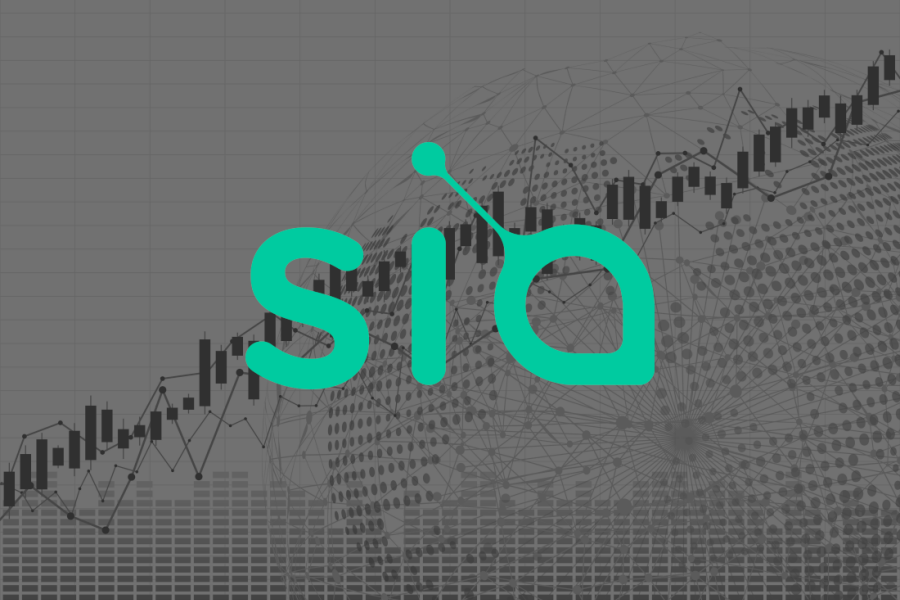 We will be looking into the past price trends of SIA and several market opinions in order to develop a Siacoin price prediction for April 2020.

Siacoin is a blockchain-based cloud storage system that was created in June 2015. SIA/SC is the native token of the platform that enables several functions in the environment, such as transactions, hosting, renting data storage, and file encryption.

On March 18th, Sia revealed that they made multiple updates for their blockchain and Skynet system:

“We just released Sia v1.4.4! This release includes multiple improvements to Sia and Skynet. Uploads will resume faster, Skynet supports uploading directories, and now has base infrastructure for encrypting Skylinks (fully in v1.4.5),” – tweeted the project.

Developers are now able to download Sia v1.4.4 and expand the proficiencies of the platform. Up until the update, Skynet has had several bugs and lacked flexibility.

Skynet uploads are public to all users that got the link, unlike regular Sia storage.

Skynet enables the sharing of files and hosting of websites. Developers that have made their own apps can now register on Skynet or download Skynet Apps in the Skynet App store.

Sydney Ifergan tweeted: “Siacoin (SC) now have their own Skynet App Store. Perhaps they do not need any other app store. Nice development indeed. Establishing Superiority.”

In other related news, the ‘SkyPages’ team won the MITBitcoinClub Hackathon Grand Prize and the Sia track. Because of the coronavirus outbreak, the blockchain at Siacoin was initially forced to reschedule, but then made it into an online-only event meetup.

“We are hosting a #SiaSkynet and @Filebase meetup during Boston Blockchain Week @blockchainwk. Join us on March 11th at CIC for drinks and dinner. Thanks to @CICBoston for sponsoring the beautiful space,” – revealed the tweet.

Sydney Ifergan stated that SIA should have had a greater impact on the market: “If the SiaCoin (SC) storage economics and the low-cost storage is true, the cryptocurrency market should be burning hot with the news; however, there is little excitement! Perhaps, they need some better marketing and reach.”

Sia Skynet has had 40,000 files uploaded and shared via Skynet since its launch.

The Skynet is a two-week event that focuses on “Usability/User Experience, dApps/DeFi, SDKs, Infrastructure; and company-sponsored challenges from Gold Sponsors: @SiaTechHQ, @NervosNetwork, and @fold_app!”

During the workshop that went live on Skynet, David Vorick explained the inner working of Skynet and presented what exciting applications can be built on it, as well as Skynet APIs and SDKs.

There have been no other notable developments or mentions in the news regarding Siacoin or its project in the past month.

As there have been a number of crypto forecasting platforms that have issued their own Siacoin price prediction for April 2020, we have decided to incorporate some of the most relevant ones to provide you with a better insight into the market sentiment.

Altcoinforecast expects the coin to end the month of April at a price of $0.0013.

Walletinvestor launched predictions for the next 10 days of April, along with the possible minimum and maximum values for Siacoin.

You have now reached the end of our Siacoin price prediction for April 2020. We hope that the information we have displayed in this article will prove useful to you in your upcoming SC trading endeavors.