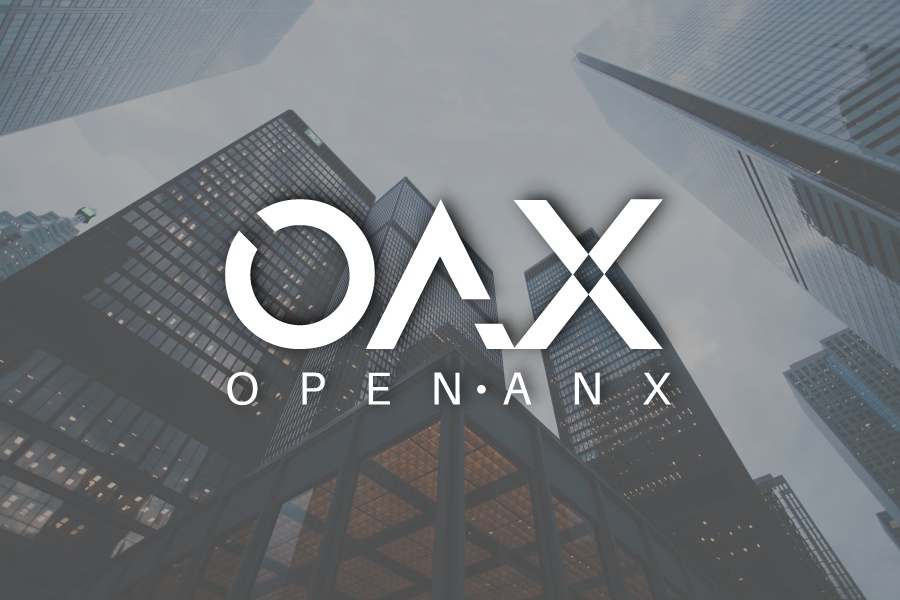 The crypto space is full of projects and, as a result, finding a solid investment option is rather difficult. Today, we will be reviewing the OAX coin, its features and whether or not you should invest in it.

OAX (previously OpenANX) is a crypto exchange that was created by ANX International, a company that since its establishment in 2013 has come to be one of the largest blockchain development groups in the world.

The OAX token is the native crypto of the platform, which is used to enable membership tiers. The coin was launched in an ICO, that started on June 22, 2017, and ended on July 21, 2017.

The Team Behind OAX

The OAX team consists of 15 team members, led by four co-founders, four project advisors, and the management team. The developers of the project are not listed on the website, so the exact number of team members is unknown.

Ken Lo, the CEO of ANX International and co-founder of OAX, is a businessman that has over two decades of experience in business strategy, having worked with companies, such as Accenture and Verizon. He has also been working for six years in the blockchain industry.

Hugh Madden is the second co-founder of the project and is considered to be the one that established the vision for OAX. His main specialization is cybersecurity, starting his own security services business at the tender age of 16. Prior to co-founding ANX International, he worked for financial services companies AXA and HSBC.

The third co-founder of OAX is Dave Chapman, who is also the COO of ANX International. He is an expert in financial services, having worked for Barclay’s, ABN AMRO and HSBC.

The last co-founder is David Tee, who has over 25 years of experience in corporate finance, being well versed in matters, such as mergers and acquisitions, private placements, restructurings, equity, and debt financing.

OAX tokens had an initial price of $0.45 when the ICO started and began to trade at a slightly lower price than that level, but by August 19th the coin grew with more than 50%, reaching $1.61.

The price continued to grow, with the coin increasing to $2.88 by August 20, 2017. But these gains were quickly corrected the following days, with the OAX coin going below the ICO price for the rest of September.

As the rest of the crypto market, OAX surged in December 2017 and January 2018, reaching an all-time high of $2.92 on January 7, 2018. By the end of January, the price halved from this value, and once February started, the coin was trading under the $1 mark.

OAX continued its downward trajectory, with a slight recovery in April, with OAX trading below ICO levels again in June 2018. The coin reached its all-time low on September 26, 2019, with a price of $0.053017.

From August 2019 to November 2019, we can see that the OAX coin has been trading around the $0.06-$-.07 levels, a slight increase since September, but showing no signs of a significant bullish rally.

The OAX platform employs a tiered membership system that is powered by the OAX coin. This structure allows users to choose if they just want to have basic access to the platform, voting rights, or the commercial solicitation of services.

How many OAX tokens are required for each service level is yet unknown.

To apply for membership tiers, users will have to send their tokens along with their membership applications. When the application has received approval, the OAX coins will be burned. This ensures that the total supply of OAX tokens decreases in time, giving the token a deflationary characteristic.

Below are the five membership levels:

Where to Buy OAX

The OAX coin is supported on very few crypto exchanges at the moment. The current list of exchanges comprises of Binance, Gate.io, HitBTC, and Liquid. However, Binance holds a total of 90% of the entire OAX volume. The pair with the highest trading volume is OAX/BTC, with 89.83%.

The high levels available on Binance suggests that there is enough liquidity to execute large orders with limited slippage.

Where to Store OAX

Now that you have purchased your OAX tokens, you will want to move them to an external wallet. As the OAX coin is based on the ERC-20 protocol, it means that it features compatibility with any wallet that supports ERC 20 tokens.

A few popular ERC 20 wallets are MyEtherWallet, MetaMask, Exodus, Mist, Coinomi, Guarda, and Jaxx. OAX tokens can also be stored on hardware wallets, such as the Ledger Nano X and Trezor T.

The OAX team has been trying to keep the community engaged in its development by posting regularly on their official blog “community updates”. However, since August, when they released their L2X protocol, the team has not made any announcements that could influence the price of the OAX coin or general direction of the project.

In terms of their GitLab repositories, it seems that the developers have not been very active, as the only code available is their two Proof-of-Concept repositories. There has been very little activity on these two repositories, as the last time a commit was made nine months ago.

OAX also seems to have a rather active social media presence. Their Twitter account has more than 12k followers, with their Telegram channel having over 3,500 followers. Their Reddit page has 7.1k members, but with posts being made on a frequent basis and receiving responses from users.

Should You Invest in OAX?

Considering that the OAX coin is ranked 446th in terms of market cap, with little chances in gaining back its all-time high values, or even half of that price, it would be highly unlikely that this coin would be a good investment.

Maybe the token would be of use to those who want to gain access to the higher levels of memberships on the OAX exchange platform, but there is currently no exchange launched. You can’t actually use the coin for anything at the moment.

The fact that so few exchanges support OAX indicates that they do not trust the project or believe that the crypto is relevant enough to be included on their trading lists. The OAX coin has also been delisted from several exchanges, such as LaToken. This is also a bad sign for OAX.

Coinmarketcap has calculated the Return on Investment of the coin to be -81.91%.

OAX has not managed to gain any significant traction since the crypto market boom in 2018. The strange thing is that the exchange for which the coin was designed for still doesn’t in function.

While the team that started the project has a lot of experience, many other projects have been started by talented individuals but have ended up falling into obscurity.

Development wise, the situation does not look very promising. The project is making an effort to update its community, but no significant price boosts have been correlated to the few development announcements made.