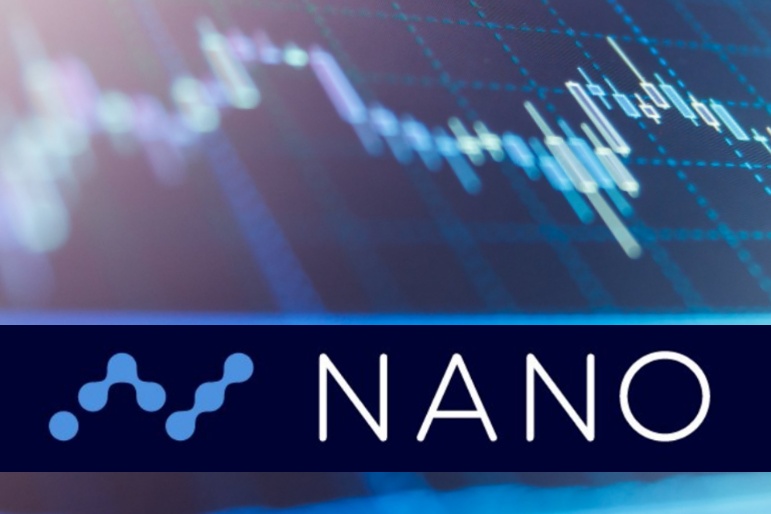 In today’s article, we will be looking at some of the price trends, future developments, and market forecasts to come up with a Nano price prediction for November 2019.

Initially released as RaiBlocks in 2015 by Colin LeMahieu, a software engineer with prior work experience at Dell, AMD, and Qualcomm. The crypto was later rebranded in early 2018 as Nano. This change caused a surge in NANO’s price of 40% in the 24 hours after its rebranding.

Nano is a delegated, proof-of-stake (DPoS) blockchain that is based on directed acyclic graphs (DAG). The crypto was created to facilitate instant fee-less payments without requiring a complex smart contract platform or reliable store of value.

Nano is a unique cryptocurrency that uses its own technology called the block-lattice architecture to provide decentralized ownership of on-chain assets through a captcha-solving distribution that doesn’t involve coin offerings or mining. This means that each user receives his own blockchain, which is called account-chain.

Consensus on the network is reached via representative voting, where accounts can select their representatives by updating their account chain, thus enabling more decentralizations and allowing users to have more control. 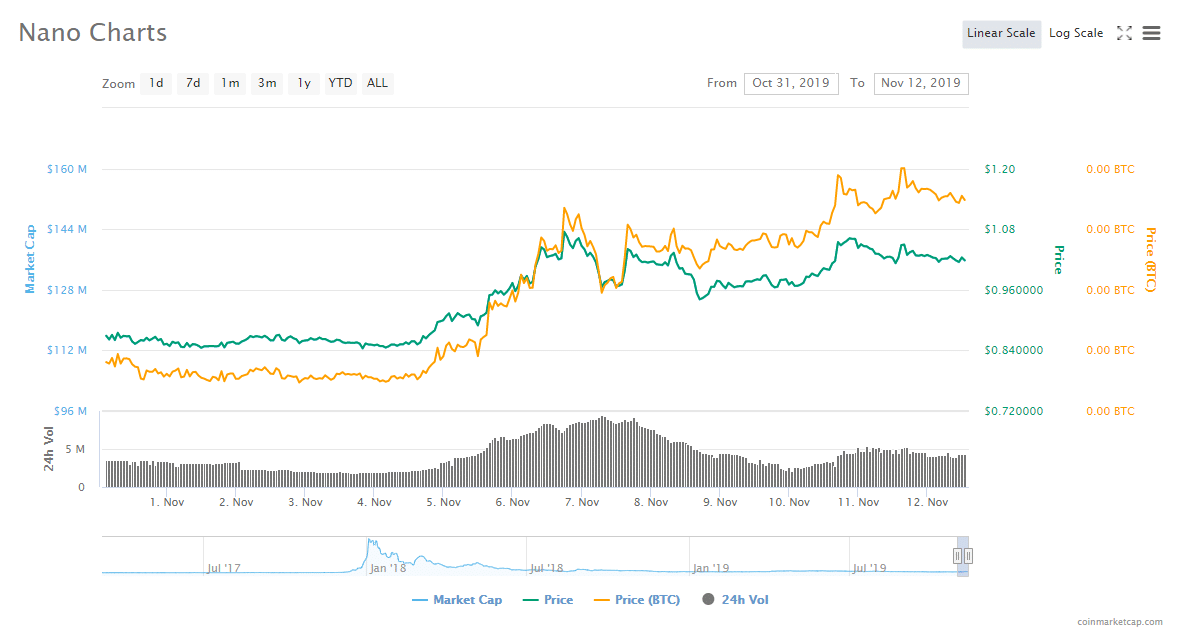 Nano is currently ranked 43rd according to a market cap of $136,365,904, with a 24 -hour trading volume of $4,404,493.
The crypto reached its highest value in the past 90 days this week, which was $1.08. From what we can tell, Nano is currently experiencing a bullish moment, and it seems that this trend will continue towards the end of the month if there are no other major negative events to disrupt this.
According to WalletInvestor, the calculated pivot and support levels based on the past price trends are:

In terms of BTC-NANO correlation, Nano currently has a correlation coefficient of -0.21, which means that it is trading in the opposite direction of Bitcoin’s price movements.

From what can be noticed on their blog, Nano has a very active development team that keeps their community updated on a weekly basis with almost all news and releases that involve the crypto project.

November 1 welcomed the addition of a new Nano Forum, a new team member to the Nano Foundation ranks, and welcomed development and content creation from the Nano community.

The following week, the team announced more important developments, such as Nano’s listing by the top crypto exchange Kraken, the launch of a revamped website, and another listing from ProBit Global. Nano can now be traded on Kraken against BTC, ETH, EUR, and USD. The option of two direct fiat pairs makes Nano more accessible to both users in North America and Europe. The ProBit listing also increases the number of fiat pairs in which Nano can be traded, as the platform supports the NANO/KRW pair. This opens the South Korean market to Nano, as residents are able to buy the crypto directly with the Korean won.

Also, prominent crypto platform Binance released its own research report regarding Nano. The launch of the report apparently influenced the coin’s price, as notice that the price started moving up from its slump around the same time the post was made. This type of price movement is unsurprising, seeing as Binance is a well-respected figure in the crypto community, and its voice has a lot of influence on smaller altcoins.

Considering how active Nano is in terms of developments and announcements, it is unlikely that the coin will fall into obscurity anytime soon and is bound to see more price surges when major innovations are released.

There have been several crypto sites that have made their own Nano price prediction for this month, and in order to illustrate a more accurate portrayal of the market sentiment, we decided to include a few of them in our list.

Cryptorating predicts based on past price movements that the coin will reach in one week the price of $1.17, with a change of 14.7%.

With this, we conclude our Nano price prediction for November 2019. From the looks of it, Nano has started the first two weeks of the month quite strong, and will most likely ride the bullish wave towards the end of the month. The charts and market predictions claim that the crypto will continue to be in the range of its current support and resistance levels or even surpassing slightly these current values.