Litecoin Vs Ethereum – The Main Differences Between These Two Cryptos 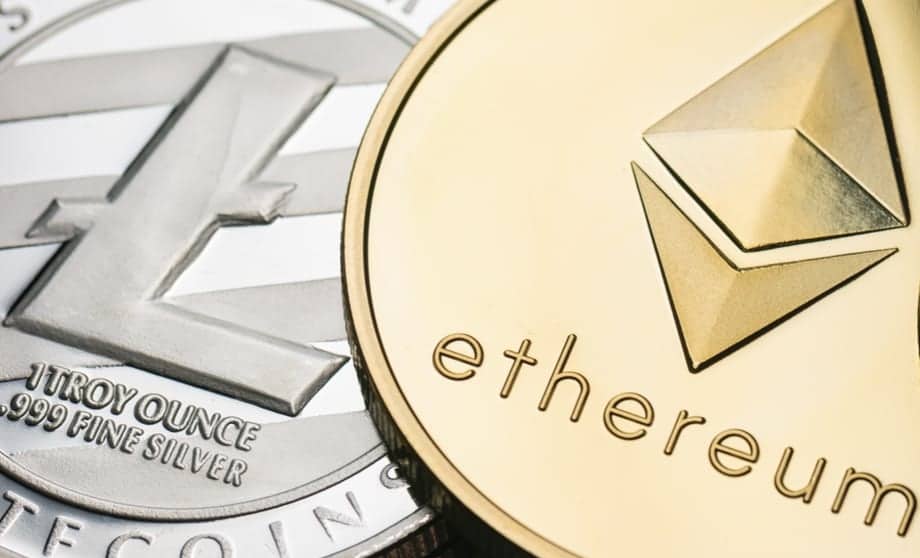 Litecoin (LTC) and Ethereum (ETH) are two of the most respected altcoins in the market. Although Litecoin is older than Ethereum, they are the favorite coins of thousands of investors. These two virtual currencies have many attractive characteristics for users. In this article, we will be sharing some of them and how they differentiate from each other.

Despite being different virtual currencies, Litecoin and Ethereum have some things in common. For example, they both use the Proof-of-Work (PoW) consensus algorithm. This is the way in which the transactions are processed and confirmed by the network.

The first thing to take into account is related to the time they were created. Litecoin was launched in 2011, while Ethereum saw the light in July 2015. LTC can be considered a first-generation cryptocurrency, and ETH is a second-generation digital asset.

While Litecoin does not support smart contracts to run on top of it, Ethereum does. This means that developers and companies can easily deploy decentralized applications (dApps) and create digital assets on top of Ethereum. This is something that the Litecoin network is not able to do.

However, this does not mean that Litecoin is not a good digital asset, as it was created to perform fast and cheap transactions and help the Bitcoin network. Ethereum’s goal is to improve the crypto market with decentralization and smart contracts.

One of the interesting things is that there is no limit for the maximum cap of ETH that would ever be created. Litecoin, following Bitcoin, has a total cap of 84 million LTC. There were many discussions in the past regarding ETH’s max coin cap. Without it, it can be difficult to promote scarcity as a valuable thing for Ethereum.

Regarding transaction times and fees, Litecoin and Ethereum behave in a similar way. Perhaps LTC transactions are a little bit faster and cheaper than ETH transactions. Back in 2017 and the beginning of 2018, ETH transactions could take several hours to be processed.

Both digital assets share the same consensus algorithm: Proof-of-Work (PoW). With this algorithm, there are miners that provide their energy in order to confirm transactions. For their work on the network, they receive ETH and LTC rewards every time they find a block.

Ethereum and Litecoin can be mined with equipment that is not as expensive and powerful as Bitcoin miners. This makes it easier for daily users and enthusiasts to acquire some of this equipment and participate in the network. Thus, Litecoin and Ethereum should be considered more decentralized than Bitcoin. Larger miners control the Bitcoin network, and most of them are located in China.

Ethereum is now working in order to finally become full Proof-of-Stake (PoS). PoS consensus algorithms work in a different way than PoW. Indeed, it would not be necessary for miners to process transactions. There are no miners; there are stakers. Stakers only need to place their coins in a wallet and be connected to the network. Apparently, it will take 30 ETH to start solo staking.

This is a more efficient way to control the network considering that it does not need large amounts of energy to work. 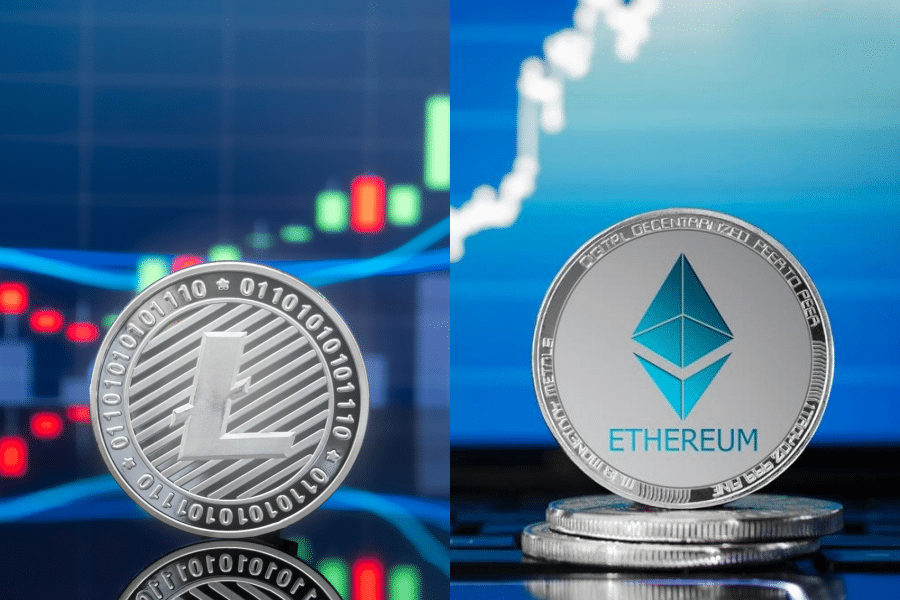 Both Litecoin and Ethereum experienced bull and bear markets. Indeed, these two digital assets behaved in a very similar way. They work according to the general market sentiment. Ethereum reached an all-time high of $1,430 on January 13, 2018, more than two years ago. Litecoin, instead, surged to $375 on December 19, 2017.

Since that moment, Litecoin was traded close to $25, while Ethereum was traded below $90 for a brief period of time at the end of 2018. This shows how volatile the cryptocurrency market is and how things can change in just a few months.

Litecoin and Ethereum are now waiting for the next bull market that would allow them to reach new all-time highs. Indeed, the whole cryptocurrency space is waiting for that moment. Litecoin is now developing privacy features, and Ethereum is moving towards PoS. This could eventually have a positive impact on the price of these two digital assets.

Nonetheless, it would be necessary for the entire crypto and financial markets to recover. If that happens, digital assets could enter a new bull market.

Acquiring and Storing Litecoin and Ethereum

Two of the best exchanges were to buy and sell Litecoin and Ethereum are Coinbase and Binance. These two platforms are some of the largest in the world and have been operating for several years now. Of course, there are many other exchanges that would allow you to get both cryptos.

The best way to store Litecoin and Ethereum is to acquire a hardware wallet. Ledger is selling the most popular solutions for users to store their virtual currencies. The Ledger Nano S and the Ledger Nano X have been great products for crypto holders. Exchanges tend to be not good places to store funds considering they can be hacked or attacked.

Both Litecoin and Ethereum are recognized and are popular digital assets. However, they have different characteristics that make them special in their own ways. While Litecoin can be used for daily purchases, Ethereum is certainly a great tool for developers.