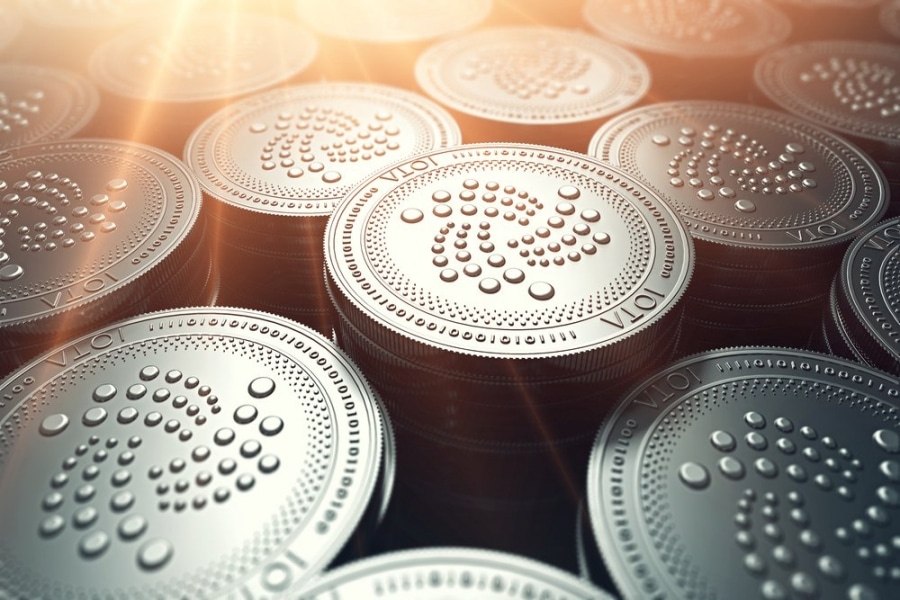 We will be looking into some of the past prices and market projections for MIOTA in order to develop an IOTA price prediction for April 2020.

IOTA (IOTA) platform was developed to facilitate communication with the Internet of Things. The distributed ledger is not based on blockchain, as it uses a directed acyclic graph (DAG).

This graph, called Tangle, is a quantum-proof protocol that was created to provide “zero fees, infinite scalability, fast transactions, and secure data transfer” to MIOTA transactions.

On April 3rd, IOTA announced that the first alpha version of IOTA Streams had been rolled out for testing. Initially, the technology was called MAM (Masked Authenticated Messaging), but the IOTA Foundation renamed it to IOTA Streams.

IOTA Streams encrypts messages via NTRU (Public Key Encryption) and PSK (Pre-Shared Key), and it allows both authenticity and confidentiality on an original apmi.bsu.by implementation and specification.

It also revised and bettered the control of the messages:

In MAM v0, the message format was fixed, and if your use case required different message structures, you needed multiple channels for each structure. For example, you may have different message types for monitoring messages and alert messages. In IOTA Streams, you can publish both in the same channel, and applications that read the messages will distinguish them based on their specific headers.

On April 7, the IOTA Foundation was approved by the board of TMEA and has been made a strategic partner. TradeMark East Africa (TMEA) is a reputable organization dedicated to improving trading conditions. The collaboration enables IOTA Foundation to work with TMEA and improve the management of data via the use of Tangle.

On March 12th, the founder of IOTA, David Sonstebo, stated that he would reimburse the $2 million lost in the Trinity hack from his own funds in order to “safeguard the IOTA Foundation’s runway” over the next 12 months.

The IOTA network was forcefully suspended in April after hackers took more than 8.5 million MIOTA. The network was reinstated back online again on March 11th, with more than 100,000 value transactions processed at a rate of 80 to 90 transactions per second.

Regarding the hack, the founder said :

“We continue to work with the FBI, as well as the UK, German, and Maltese police to identify and track the attacker. With the restart of the Coordinator, we are together actively monitoring for any suspicious activity.”

“We are very cognizant of our runway and we spend very responsibly; of course, when the token price or the crypto market as a whole has been in such a bear market it’s definitely been on our mind from time to time. It’s not like we’re in any panic mode or desperate, but we are taking the necessary steps [such as by] using my own personal holdings, rather than the foundations’ holdings,” – Sonstebo said.

Although Sonstebo pointed out that the foundation was “well-funded at the moment,” the project will diversify its revenues and establish new ventures to break their dependency on the endowment fund.

Dominik Schiener, the foundation co-founder, revealed that IOTA “regularly gets grants from governments,” this year receiving four. The governments, the amount invested, or what they were funding were details not revealed. Sonstebo also said that some big corporates who “are paying for the development of the joint ventures” are also investing funds in IOTA.

“I believe we will, by the end of this year, be sustainable without the token endowment being touched.”

“In the long term, over the next 12 months, we hope that the majority of our costs will be covered by grants and revenue streams, but at the moment right now it’s just important that over the next month we continue without any disturbance or any concern about the runway.”

“While the IOTA Foundation is well funded at the moment, we still have a long road ahead,” concluded the founder.

As there are a number of crypto sites that have made their own IOTA price prediction for April, we have decided to include some of these forecasts to help you get a better feel of the market sentiment for MIOTA.

WalletInvestor’s IOTA price prediction covers the next 10 days of April, as well as their maximum and minimum daily prices.

Altcoinforecast forecasted that IOTA will have a closing price for the month of April of $0.17.

This has been our IOTA price prediction for April 2020. We hope that the data and brief analysis we provided will prove useful to you in your upcoming trading ventures with MIOTA.