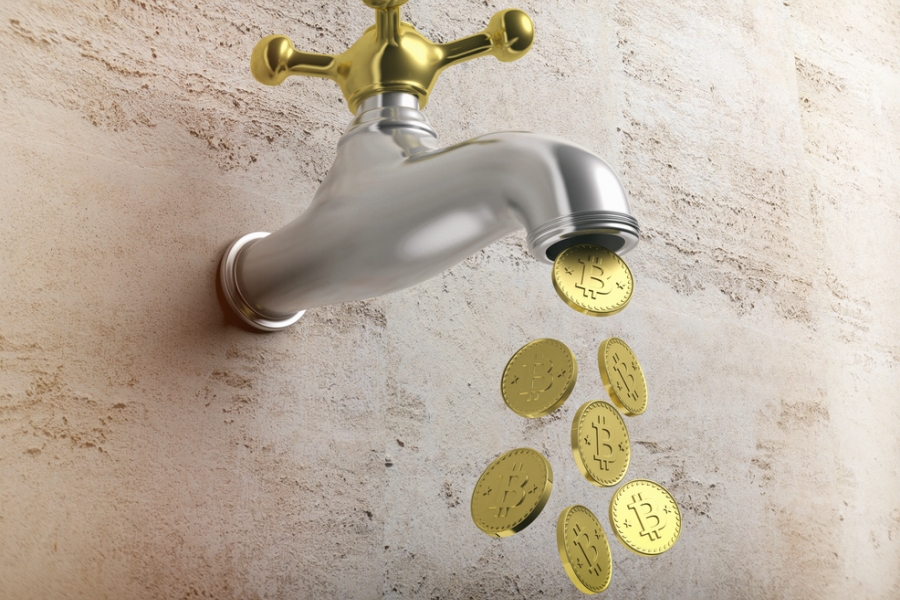 Bitcoin faucets are platforms that help users to get free Bitcoins by doing simple tasks, such as visiting a website, completing a captcha, or watching a video. Today, we will be showing you our list with some of the best Bitcoin faucets you can use to earn BTC in 2019.

Cointiply is among the best Bitcoin faucets, as it is easy to use and gives substantial payouts in Satoshis for a wide variety of tasks.

Users are able to win up to 100,000 Satoshis with every faucet spin, and a bonus is generated for all spins any time a prime number is rolled. Tasks that are rewarded by this faucet include accessing webpages, watching videos, installing apps, and many others.

Cointiply also gives a loyalty bonus of 1% per day and up to 100% for every day for user claims, offering also a point system for offerwall bonuses.

Finally, the faucet has a referral system in which users that direct new customers earn 25% of a friend’s earnings for life.

The faucet has paid more than 85 BTC since its release, and it doesn’t rely on popunders or popup ads like other sites.

Moon Bitcoin markets itself as the “Bitcoin faucet with a difference,” providing users with unrestricted freedom when it comes to claiming their hard-earned Satoshis.

Unlike most Bitcoin faucets that allow users to withdraw their profits every hour, or once per day, Moon Bitcoin doesn’t impose any restrictions on how often or how low of an amount the Bitcoin enthusiasts decide to cash out. This makes it one of the best Bitcoin faucets for impatient enthusiasts. The site enables you to claim rewards as often as you want, even if you started just 5 minutes ago. As more time passes until you make your claim, more Satoshis will be added to that amount, capping out at 24 hours.

In order to have their rewards, users will have to install CoinPot, the crypto wallet where Moon Bitcoin deposits the faucet rewards.

Like most Bitcoin faucet apps, ad revenue is the backbone of the websites, so you should not block the advertisements that appear on the site, as Moon Bitcoin will stop you from claiming your faucet rewards. Even though it has a lot of ads, as well as a lot of redirects, it is considered a long-paying and dependable faucet in the community.

FreeBitcoin is a faucet that has been around for a few years and has been known to pay out its users. The site features casino-style games that allow players to multiply the Bitcoins they have made.

The faucet includes the basic Hi-Lo game, which enables users to win up to 1 mBTC every time they play. They also have dice games and host free weekly lotteries in which free tickets are distributed to you or an individual referred to the site by you.

To be able to withdraw, you will have to meet the 20,000 Satoshi limit, which equates to $1.5. This makes it one of the best Bitcoin faucets for instant withdrawals with a low minimum threshold.

FreeBitcoin.io has amassed over 244,817 registered users and has given for its tasks more than 479 Bitcoin since it started operating. It is quite an impressive user base, seeing how it began operating in June 2018.

Bonus Bitcoin is a platform that seems to incorporate a variety of different Bitcoin faucets. The faucet is owned and managed by Moon Bitcoin/CoinPot.

After registering for free on Bonus Bitcoin, you can get a daily bonus on everything you’ve earned that day, but you will have to cash out that day in order to get the bonus. After you have completed a task, you can shift to a new faucet without having to wait for a period of time.

The site features a variety of the faucet options, with some of them supporting payments in Litecoin (LTC), Dogecoin (DOGE), and other cryptocurrencies.

You can claim up to 5,000 Satoshis every 15 minutes, and you do not have to pay any fees on withdrawals.

You can start earning Bitcoin by solving the captcha on the homepage. Alternatively, you can multiply your income by playing dice and completing offers and surveys. In terms of options, Bonus Bitcoin is one of the best Bitcoin faucets for diversifying your activities and crypto earnings.

All that is required of you is to click the red “Claim Now” button in the middle of the screen every 15 minutes, and you will receive 55 Satoshis. To multiply your earnings, you can enter their dice game.

Users that are active on the site for consecutive days are instantly rewarded with a 5% bonus on their daily Satoshi profit. You should not hurry to cash out your funds, though, as every day at midnight, the site applies a five percent bonus on the profit you made over the past three days.

Bonus Bitcoin also gives 50 percent of all the earnings your friends make on the site. The minimum withdrawal limit is set to 10,000 Satoshis, which is under $1.

Like Moon Bitcoin, you will have to first install a CoinPot wallet, as your Satoshis will be deposited there.