EBay CEO Explains Decision To Back Up Libra 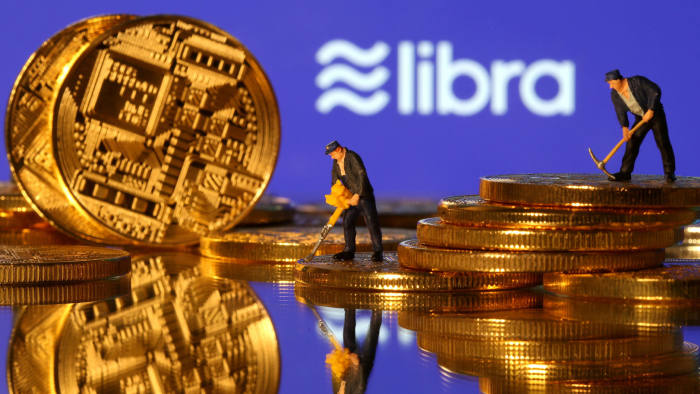 The CEO of eBay, Devin Wenig, has explained the reason why the company decided to back Facebook’s forthcoming cryptocurrency Libra.

Wenig also noted in a CNBC interview that crypto assets will play a leading part in the next decade’s global commerce sector. The eBay CEO also admitted that while Libra is speculative, it does hold a lot of promise.

“The hearings made it pretty clear that there are two things nobody understands yet everybody fears: Facebook and cryptocurrency. I would say we are sponsors of this in part because crypto and blockchain, in particular, have great promise to run a public, distributed blockchain to reduce cost, increase transparency and improve security. People still pay too much to move money around and to settle and clear that money. It’s a big cost for digital marketplaces – the ridesharing, the homesharing and the commerce marketplaces.

So the promise of the blockchain is that on behalf of the merchants that sell on those marketplaces, we can reduce cost and improve transparency. Will Libra work? I think Libra is speculative. We all know that. But it is promising. And it’s worth a try. And I think legitimate questions have been raised by regulators. We’ll let Facebook respond to those.

But I think we might be losing the forest for the trees. A well-run public blockchain that the marketplaces adopt could do immense good. It could create competition in money transfer. It could create enhanced security. And that money will go back in the pockets of small businesses in the United States. So let’s not lose the big picture, which is crypto should play an important role in the way money moves, particularly in digital businesses in the next decade.”

Facebook has stated that the Libra crypto will become public and decentralized in five years after its launch, but the process of this future transition has been questioned by CoinShares chief strategy officer, Meltem Demirors.

At Facebook’s Congress hearing, Demirors argued that Libra is not at all a cryptocurrency.

“Libra is not a cryptocurrency. I’m not here to pass judgment on Facebook or its efforts and I commend their altruistic aspirations. But they are just that: aspirations. First, Bitcoin is decentralized, which means no entity or group has the power to block or censor the use of the network. Libra is centralized. A small group of companies will have the ability to block and censor transactions. Second, Bitcoin is its own asset, backed by its own scarcity and the demand for it. There is no entity that holds assets that give Bitcoin value. Libra, in contrast, is backed by a pool of assets that are domiciled abroad. Asset management is a regulated activity. Lastly, Bitcoin is permissionless, meaning anyone in any part of the world has the ability to enter and exit the network without requiring permission. Libra, is permissioned. The Libra network is controlled by a private group who will determine who has permission to access this network…

If Facebook aspires to create this open, permissionless consortium that everyone can benefit from, then why is the selection process opaque and why does it only involve affiliates and associates of Facebook and its executives? That would be my question.”