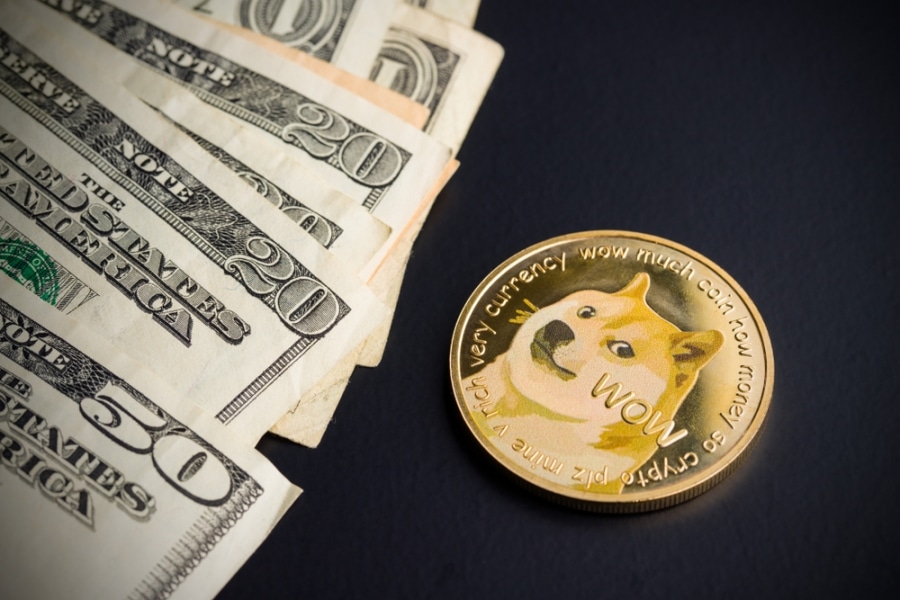 We will be looking into some of the past prices and market opinions for the DOGE crypto so that we can launch a Dogecoin price prediction for August 2020.

Dogecoin (DOGE) is a popular crypto that launched in 2013, based on the image of the Doge meme. 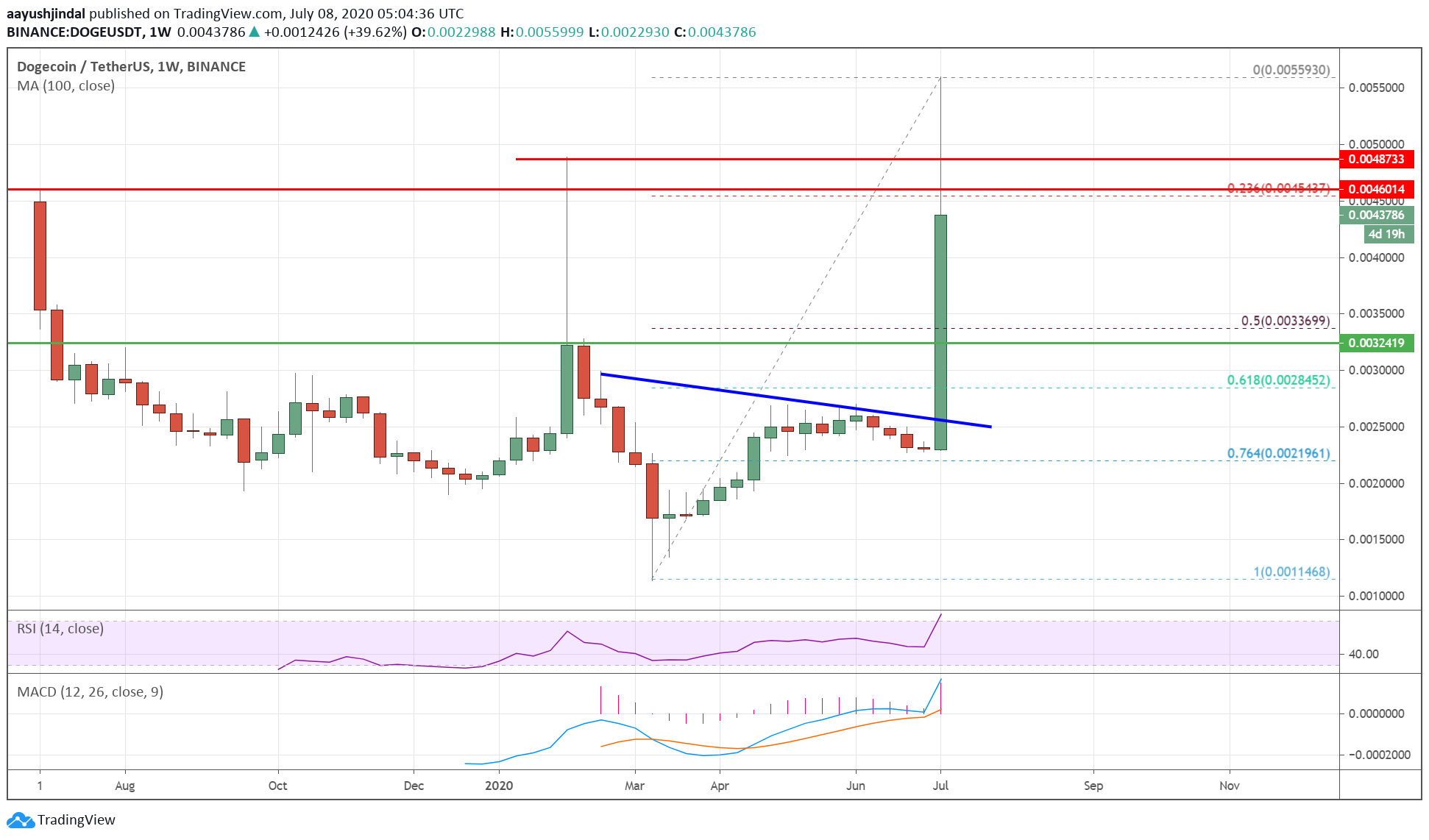 While the next day Dogecoin spiked back to $0.005 levels, the coin corrected itself to $0.0043 by the end of the day. The downward trend continued the following days, as Doge failed to secure itself above the $0.005 level. By July 14th, Dogecoin had reached $0.003 and dipped below this major support level on July 16th, reaching a new intra-day low of $0,002893.

Due to a viral TikTok campaign, DOGE saw a huge boost in price and searches. Because of the viral videos on the Chinese social media network, the price of the coin surges more than 50% in 24 hours on July 8th, and volume increased with more than 2,000%. At that time, DOGE became the 27th in the world by market cap.

There has also been a surge in the number of searches related to Dogecoin.

Most of the trends were related to “#dogecointiktokchallange” and “dogecointiktokchallenge”, with TikTok users posting videos of trading and performance. One user with hundreds of thousands of views asked other viewers to join the rally and propel DOGE to $1.

But Dogecoin was not too thrilled about this viral exposure. The official @Dogecoin Twitter posted on July 8th:

“Be mindful of the intentions people have when they direct you to buy things. None of them are in the spot to be financially advising.”

Be mindful of the intentions people have when they direct you to buy things. None of them are in the spot to be financially advising.

Make choices right for you, do not ride other peoples FOMO or manipulation.

“Make choices right for you, do not ride other peoples FOMO or manipulation. Stay safe. Be smart.”

There have been no other recent updates or developments related to the Dogecoin project or crypto in the past month.

There have been several sites that have created their own Dogecoin price prediction for August, and as usual, we decided to include some of them in order to better relay the market sentiment for DOGE.

Gov.capital predicted that Dogecoin will start August at a price of $0.00320, with an estimated maximum of $0.00368 and a minimum of $0.00272. The site also issued price predictions for the rest of the days in August.

Altcoinforecast projected that Doge would be trading at $0.003451 at the end of August.

Bitverzo provided a Dogecoin price prediction for all days of the month of August, as well as their respective minimum and maximum prices.

This has been our Dogecoin price prediction for August 2020. From the market opinions and current price trajectory, Dogecoin is expected to slightly increase in the coming month, but staying in the range of $0.003 – $0.004.