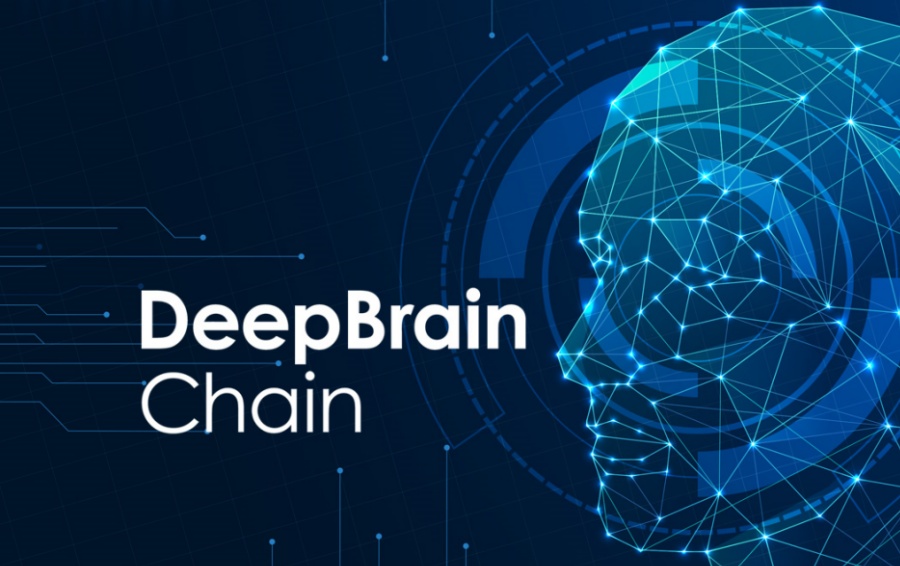 In today’s article, we will be taking a look at the DeepBrain Chain project and its crypto, the DBC coin.

DeepBrain Chain is a computing platform that merges artificial intelligence with blockchain technology. The project’s ICO for DBC was held in December 2017, with one NEO being the equivalent of 2200 DBC at the time of the sale.

The ICO was successful, as the coins were sold out in under one hour since it started, and over 600 million tokens were sold to investors just in the pre-sale phase.

After the completion of its token sale, DeepBrain Chain was launched in April 2017. The project and its team are based in Shanghai, its members consisting of individuals that have a great deal of experience in technology and AI.
The CEO of DeepBrain Chain is Feng He, who also developed the first AI speaker box in the world, beating the Amazon Echo’s market launch by just six months.

The native crypto of the platform, DBC coin, is based on NEO smart contracts. The blockchain employs a hybrid consensus mechanism consisting of Proof of Importance and Delegated Proof of Stake to validate the blocks of the ledger and generate new coins.

Low Cost
By using blockchain technology, it saves an enterprise of around 705 computing power costs.
Security
By employing smart contracts and encryption algorithms, data transaction is kept secure throughout the entire trading process.
Privacy Protection
Smart contracts also have the task of separating the ownership of data from usage of data, as well as enhance the value of data.
Flexible Computing
The DeepBrain Chain also provides computing power based on demands. AI companies will receive computational power from countless nodes distributed on a global network and will receive DBC as rewards.
Proof of Importance
This protocol relies on nodes to validate and add new blocks to the blockchain.
Delegated Proof of Stake
This consensus model requires the stakeholders to vote for the election of the mining node in a democratic and fair manner.

Where to Store DBC Coin

Since a DBC coin is based on NEO, you can store the crypto in any NEO or NEP-5 compatible wallet, such as NEO Tracker. There are many NEO wallets that are available on the market, so you should look for the one that best suits your particular trading and storage needs.

How to Buy DBC Coin

Step 1: Set up a wallet where you will later store your DBC coin.

If you already own one of these cryptos, you can skip ahead.

⦁ Go to an exchange that supports the purchase of crypto using fiat currency;
⦁ Create account;
⦁ Buy one of the cryptos you wish to trade against DBC;
⦁ Select one of the exchanges that support the DBC coin. The list of trading exchanges that support DBC currently consists of Huobi (Global and Korea), Gate.io, Kucoin, Bitbns, Lbank, and Switcheo Network. We suggest picking one of the most popular exchanges and pairs, as they will most likely have higher liquidity;
⦁ Create an account on one of the exchanges that support DBC;
⦁ Deposit the ETH/BTC/NEO/USDT you have purchased from your fiat exchange;
⦁ Input how much DBC you would like to buy;
⦁ Confirm trade;
⦁ Wait for DBC to be credited to your account;
⦁ Go to the withdraw function of the exchange;
⦁ Go to your DBC external wallet and copy your address;
⦁ Go back to exchange and paste the address in the corresponding brackets;
⦁ Select the amount you want to deposit in your external wallet;
⦁ Finish withdrawal.

The Future of DeepBrain Chain

Artificial Intelligence is an industry that has attracted a lot of attention from both investors and consumers. The same can be said about blockchain. So, what generates more hype? Launching a project that uses both AI and blockchain.

But DeepBrain Chain is not the only project of its kind. More and more AI-based ledgers and coins are entering the blockchain scene.

The world of crypto is already very competitive, with very few coins surviving even a year.
Their roadmap does not state any detailed plans for 2019 except for further system improvement and testing. Their Medium blog posts bi-monthly updates regarding their development status and events related to their project.

Should You Invest in DBC Coin?

Considering its position on the market, and how the coin has not seen any significant gains in months, it does not appear that DBC coin is a good investment. Also, we noticed that none of the announcements made on their official blog has impacted the price of DBC in any way.

DeepBrain Chain started off well as an ambitious AI project that also employes the use of blockchain technology. But the sheer amount of ICO and crypto projects makes DBC another coin that has no benefits from a trading perspective.

DeepBrain Chain is a computing platform that combines artificial intelligence with blockchain technology. The native crypto of the platform is DBC coin, and it is based on NEO smart contracts. However, users should know that the team controls only 35% of all tokens.