Home / Bitcoin News /Covid-19 And Bitcoin: Before And After

Covid-19 And Bitcoin: Before And After 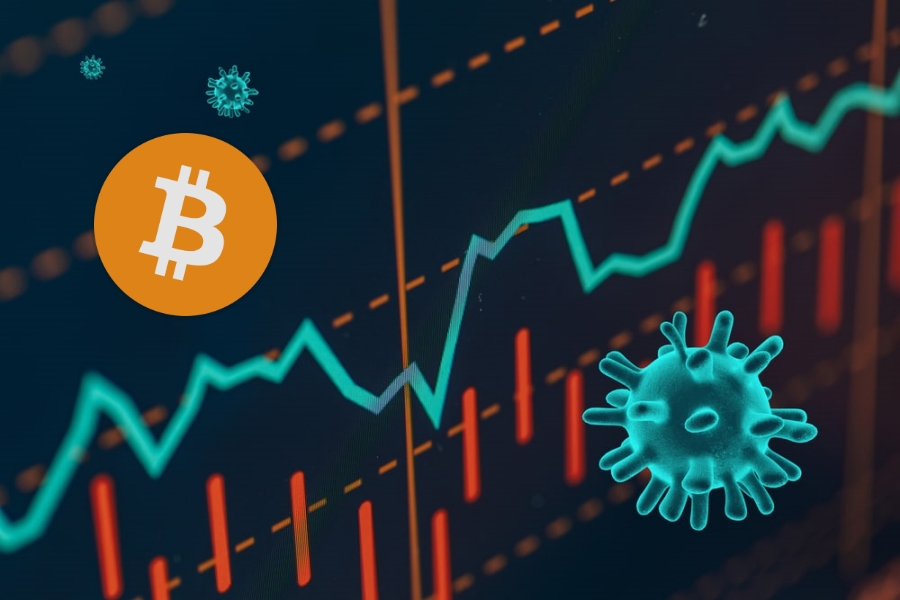 The coronavirus pandemic has had a huge impact on the global financial system. The Bank of England revealed that Britain is facing a record 300-year economic low and markets around the world have seen numbers plummeting. Commodities such as metals and oil have dropped in value and currencies have been affected – and cryptocurrencies are no different.

Bitcoin in particular has seen fluctuations over the last few months, and as countries begin to ease restrictions, the markets are poised to change again. So, what does this mean for the most well-known cryptocurrency? Did we get what we expected before the pandemic? And where does this leave those who’ve invested?

Cryptocurrency is widely traded, either as-is or via CFD trading that uses platforms such as the Metatrader 4. While there are a number of these virtual currencies, Bitcoin in particular has always been more volatile than offline, fiat currencies, such as the Dollar and the Pound.

There are several reasons for its volatility. First, its perceived value is different to traditional fiat currencies, such as the British pound.

This is because bitcoin has a fixed quantity of 21 million BTC, which was put in place by its developers. Fiat currencies are managed by governments that are concerned with inflation and employment rates. This difference between the new and the traditional makes it difficult to work out how investors will play it when it comes to their bitcoin investment.

Second, bad news puts bitcoin users off. From suggestions about regulations around the cryptocurrency to issues with hacking and fraud, there has been a lot of bad press to contend with and this has driven bitcoin’s value down over the years. Its volatility is also down to differing perceptions of its status as a store of value and method of value transfer.

However, despite these issues, bitcoin has seen moments of success.

What Was the Plan for Bitcoin?

One of the moments that saw bitcoin surge in popularity was in the early stages of the COVID-19 crisis in the UK. In the days before Boris Johnson announced full lockdown, bitcoin first saw one of its worst crashes before suddenly surging in price by 20% in a day.

This leap was largely down to investors quickly selling their digital assets for cash ahead of the financial situation worsening. They then shifted focus and saw the opportunities in moving their capital back to their digital assets as this was considered a safe haven away from the more traditional forex markets.

There are still question marks around whether this move has paid off for bitcoin investors. However, while it’s not trading at the heights it was in summer 2019, bitcoin’s value has steadily returned to pre-crisis levels. Whether this drops again or not is yet to be seen.

In February, JPMorgan had high hopes for the virtual currency, stating that: “The crypto market continues to mature, and cryptocurrency trading participation by institutional investors is now significant.” In this report, it also predicted: “Bonds may lose their ability to hedge equity portfolios over the next several years.”

With the numbers for bitcoin coming in at the figures they were at when this report was released, the market could continue to improve. As lockdown has started to ease, there are signs that both digital and traditional currencies are slowly starting to bounce back.

Bitcoin is a resilient currency. Volatility is par for the course, so there’s still the chance that it will come out on top.