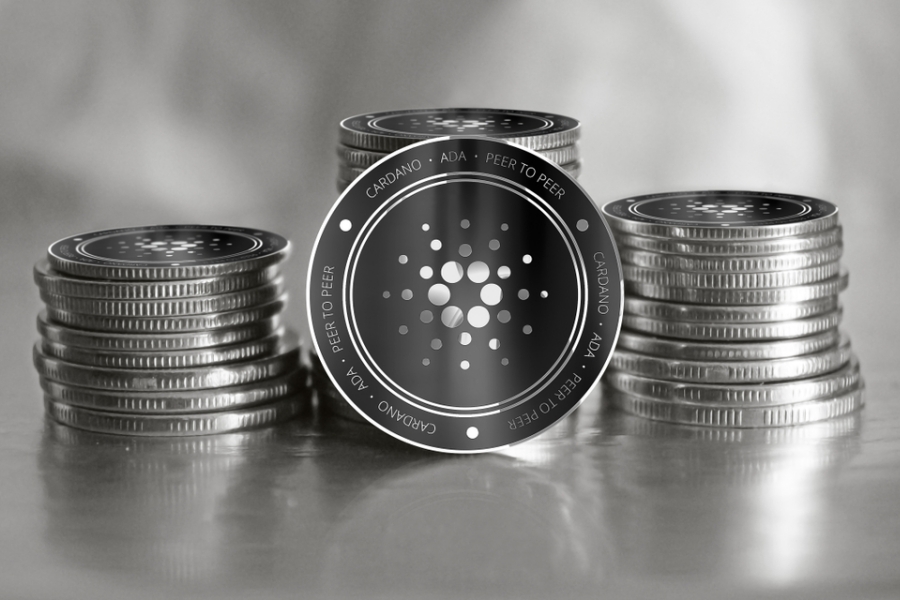 Today, we will be analyzing some of the historical price movements of ADA as well as its development status in order to formulate a Cardano price prediction for December.

Cardano is the blockchain platform in which the ADA cryptocurrency facilitates the direct transfers of digital funds.

The platform was also designed to run financial applications for both institutional and individual use. What is unique about the Cardano blockchain is its layered structure that has been developed from scratch in order to provide flexibility for future upgrades of a soft fork.

At the start of December, things seemed positive for ADA, as it began the month trading at $0,040426. However, in the following weeks, ADA declined gradually from one low support level to another.

Starting with December 10th, ADA’s price started trading below $0.0375 against the US Dollar, continuing the bearish trend. On December 15th, the ADA/USD pair gained bearish momentum below the $0.0350 support. 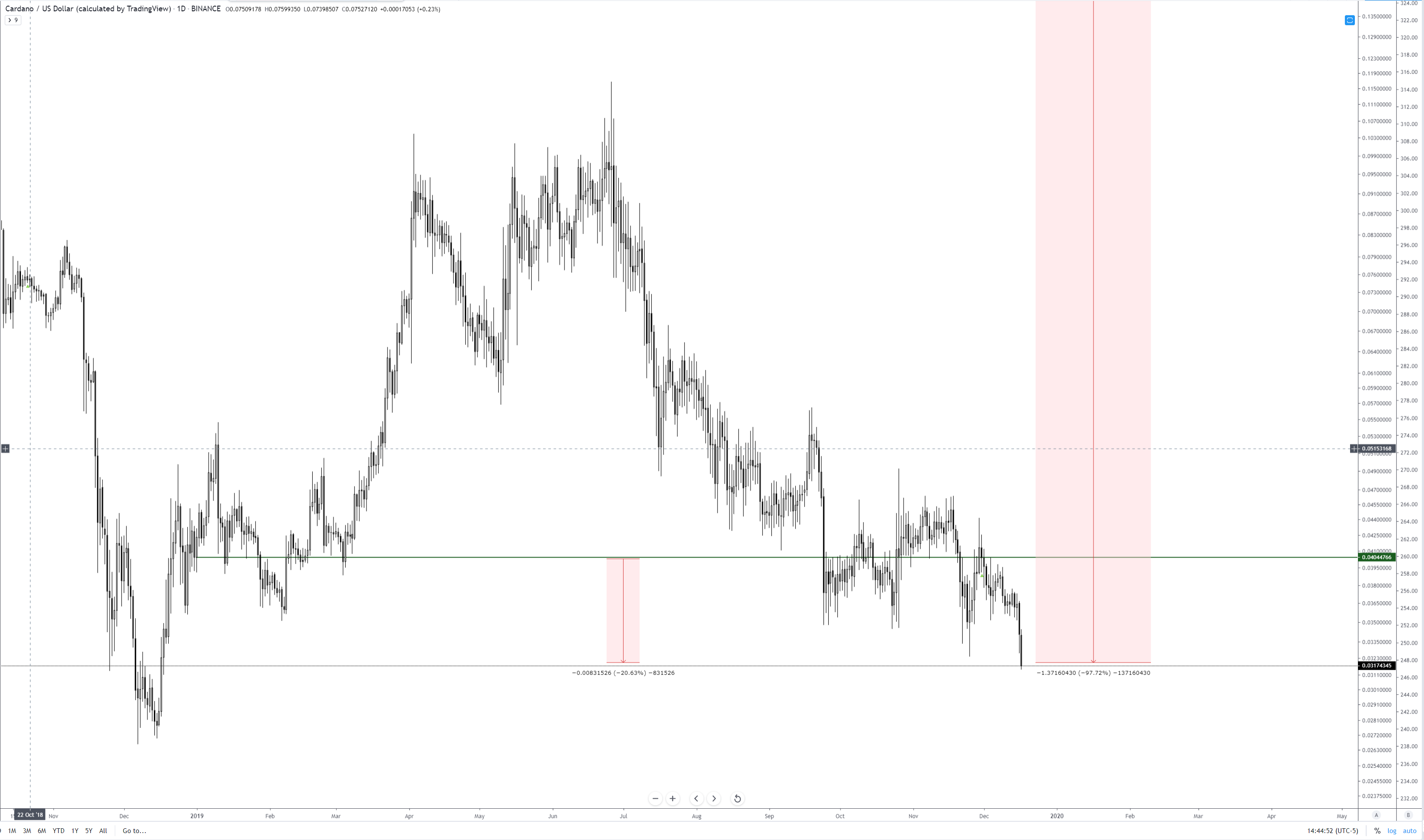 The intraday drop in the price of ADA recorded a loss of 6.07%.

The main resistance level is set at the $0.0355 price (the main breakdown support). Consequently, a break over the $0.0355 resistance would mean a strong recovery for the price.

Charts are showing that ADA manifests bearish signs below the $0.0332 and $0.0355 resistance levels. The coin has a chance of recovering if there is no clear break below the $0.0300 support level. However, Cardano is indicating a strong chance of slipping to the immediate support level at $0.0306, which could then lead to a new low of $0.0294.

While Cardano does have an ambitious roadmap from a technical standpoint, the problem is that the project is moving slowly with its development, with the team stating that they want to be thorough and do things right. Over the past two years, Cardano has been developing and testing its PoS system.

After the “Shelly” upgrade, Cardano announced that it was working on an upgrade that would enable smart contract functionality for dApp development. The Shelly, Goguen, and Basho upgrades are scheduled for completion by the end of 2020.

Recently, in December, Cardano’s (ADA) testnet went live, which means that users can actively stake coins. This is a massive deal in the cryptocurrency space – a big deal for decentralized cryptocurrencies. Cardano currently has more staking pools than EOS and Tron put together while it is still in the testnet phase. While this represented a very bullish event for Cardano, there have been no positive price fluctuations caused by the event.

As various sites have released their own Cardano Price prediction for December, we have decided to incorporate a few of them to help you get a better feel of the market sentiment.

WalletInvestor.com predicted that by the end of 2019, Cardano will have a trading price of $0.029.

This has been our Cardano price prediction for December 2019. We hope that the information we have provided will be of help to you in your future ADA trading endeavors.