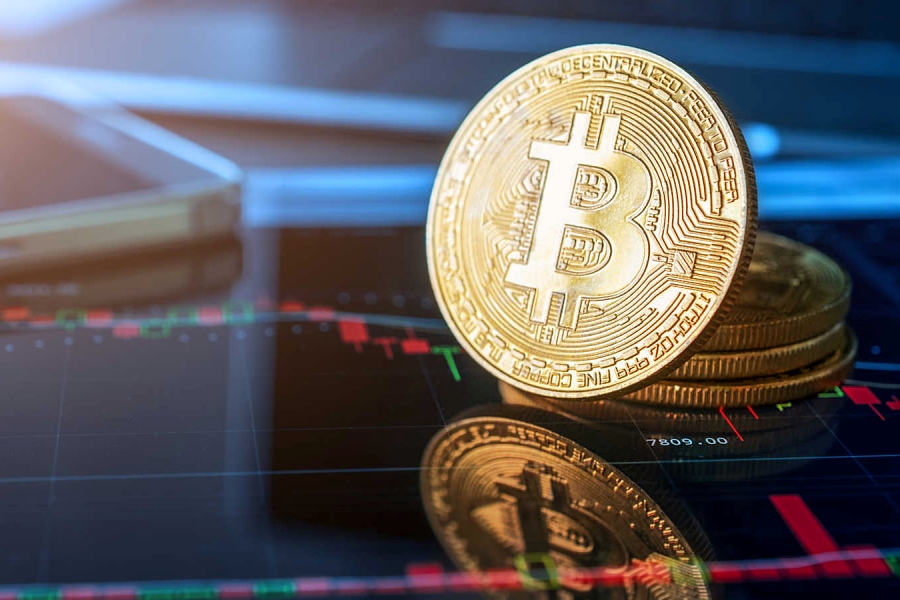 We will be looking at the BTC price history and market predictions in order to try and formulate a Bitcoin price prediction for June 2020. 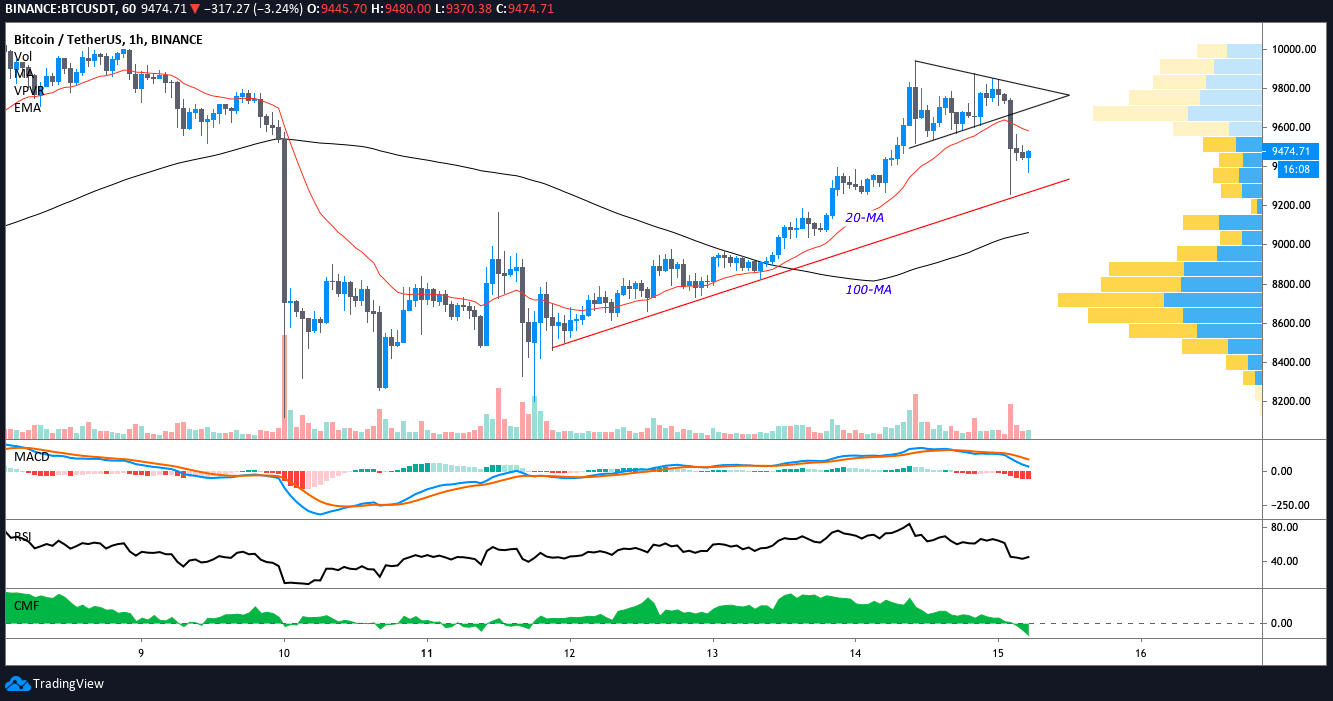 The following two days, Bitcoin experienced some sharp losses, as on May 10th, one day before its halving, BTC went below the new support level of $9,000, reaching a low of $8.395,11. 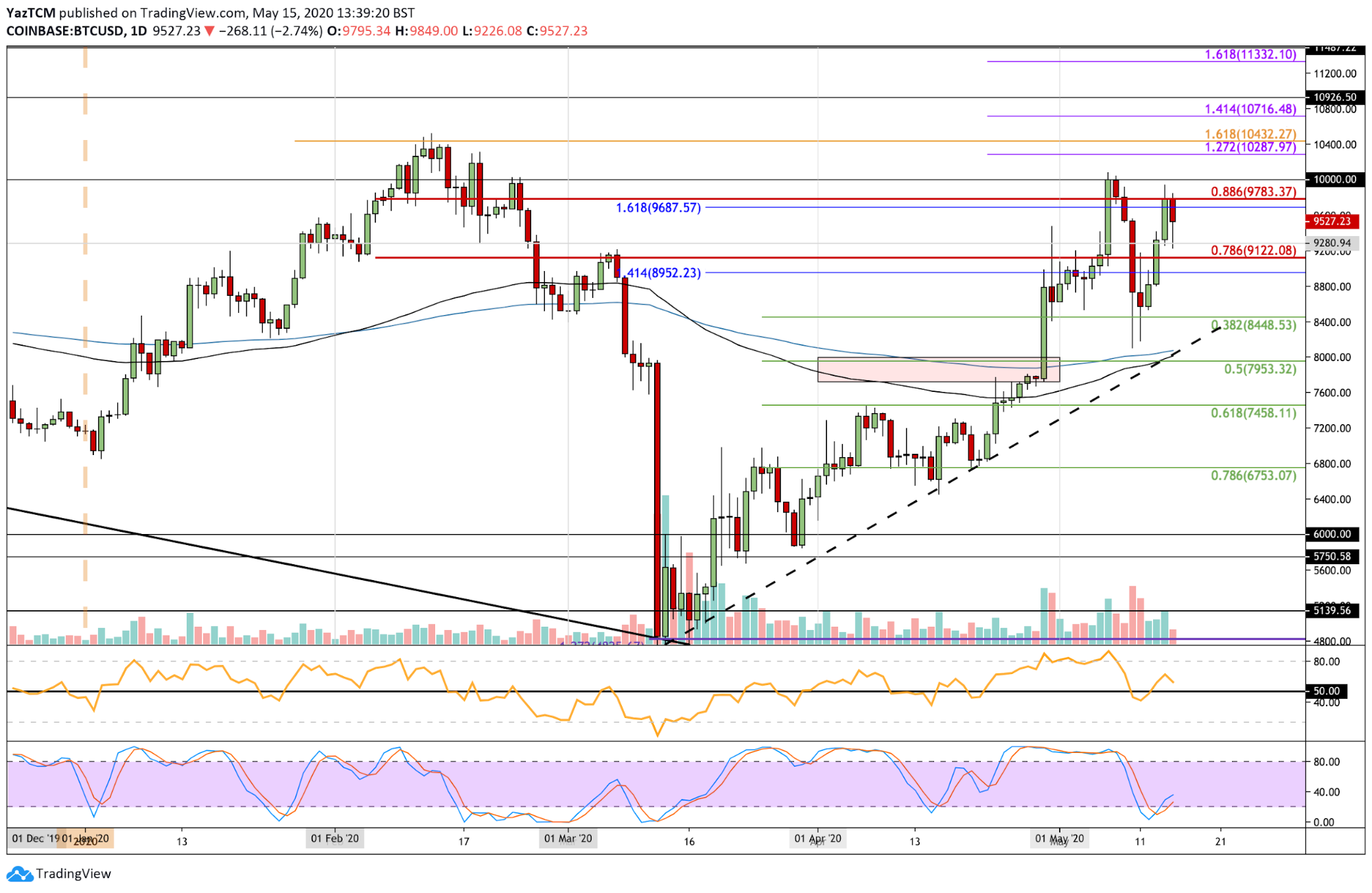 The bullish momentum continued the following day, with the coin rallying up to close at a price of $9.733,72.

Investors are still waiting for Bitcoin to get past the $10,000 critical resistance. The coin is still at the support level of $9,500, with BTC having chances to get to higher resistance levels and ultimately make the leap for $10,000. 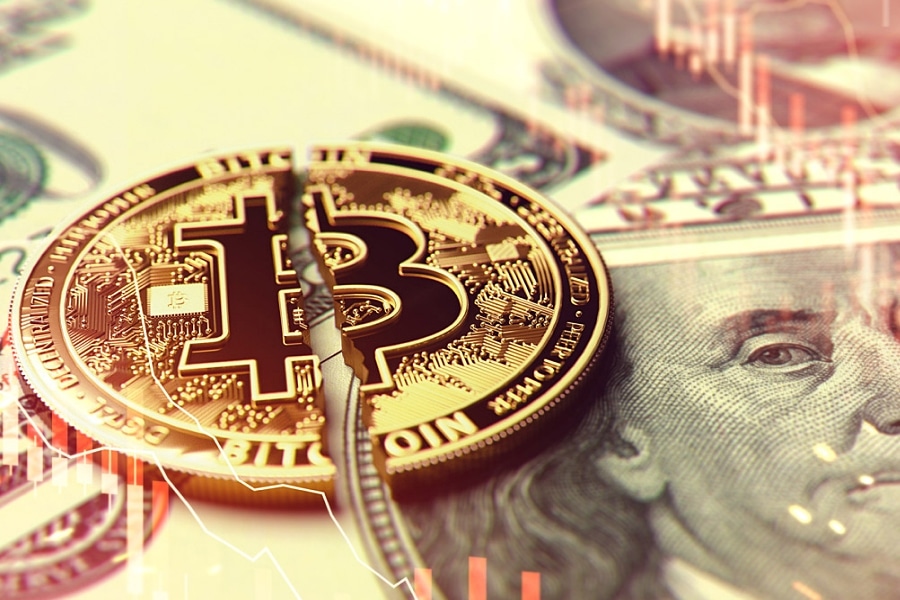 One of the biggest events in the history of Bitcoin has taken place on May 11th; the third halving. The protocol of Bitcoin is scheduled to reduce the supply by 50% approximately once every four years to manage the issuing of new Bitcoins.

The event reduced the mining rewards from 12.5 Bitcoin per block to 6.25 units. The halving occurred at the 630,000th block, and the first block from the new batch of 6.25-Bitcoin-per-was mined by Antpool, the fourth-largest mining pool according to total computing power.

The last block prior the halving was mined by f2pool, with the pool embedding in the 629,999th block (the last before the halving) a message in the transaction data which references the current financial crisis: “NYTimes 09/Apr/2020 With $2.3T Injection, Fed’s Plan Far Exceeds 2008 Rescue”, as an homage to Satoshi Nakamoto’s message in the first block of Bitcoin in 2009.

The mining difficulty adjustment reached a new high of 121 exahashes per second (EH/s) seven days before the event, surpassing the past record of 118 EH/s, according to PoolIn data.

Another interesting thing that was noticed was that mining pools appeared to be holding their cryptocurrency. Korean analytics, CryptoQuant, provided charts and data, which showed that mining pools aren’t sending to convert their coins on exchanges as quickly as before.

Chinese mining pool F2Pool, for example, which produces 17.1% of the Bitcoin blockchain’s total computing power, experienced an outflow of 139 Bitcoins on Wednesday, which is the lowest sum that left the pool in six months. Out of these 139 BTC, only 29 were sent to cryptocurrency exchanges, the fewest sent in the last year.

A number of crypto forecasting sites made their own Bitcoin price prediction for June 2020. We have included some of these forecasts below in order to deliver a more comprehensive market sentiment concerning the future development of BTC.

Longforecast forecasted that BTC will have a trading price of $10797 at the start of June. They also estimated that the maximum price of the coin for this month would reach $14996, while the minimum price will be around $9934. The monthly average was estimated at a price of $11908. The closing price was calculated to be around $11903, change for June 10.2%.

Digitalcoinprice‘s Bitcoin price prediction sees the coin reaching a price of $22,027.22 in June, which means an increase of 131.06%.

Coinpredictor forecasted that Bitcoin will experience a decree of -22.6% in June, meaning that the coin will be trading at $7,137.53.

Cryptorating’s Bitcoin price prediction for June expects the coin to increase with 43.78%, which would place BTC around $13 790.55.

30rates made predictions for the first 18 days of April, along with the minimum and maximum values of each particular day.

With this, we have reached the end of our Bitcoin price prediction for June 2020. From the data and predictions we have analyzed, the market sentiment is largely positive for Bitcoin.