Bitcoin And Crypto Transactions Doubled On Darknet Markets: Find Out Why 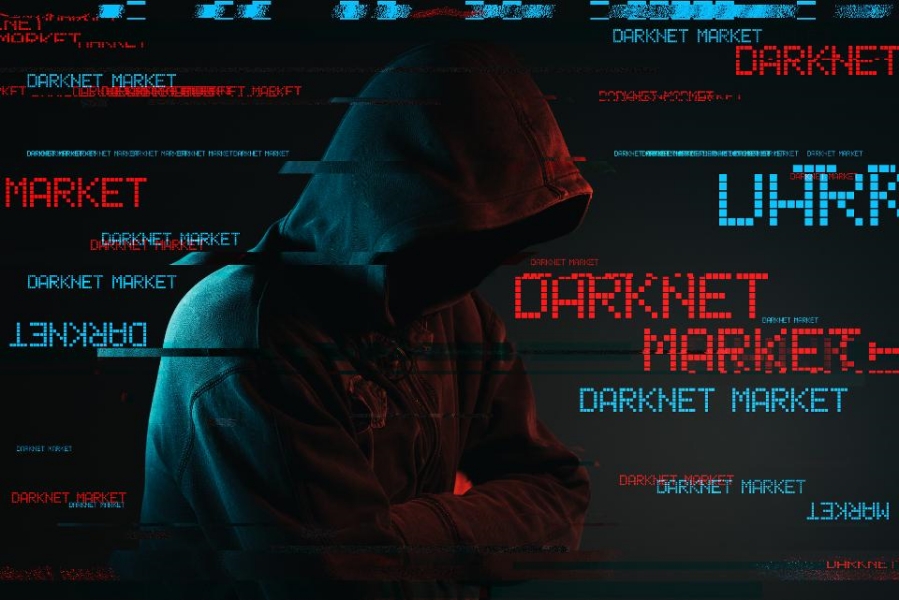 New analysis has shown that Bitcoin and crypto use in darknet markets doubled in 2019 compared to its previous year. Here are some reasons that might explain why this phenomenon happened.

What Are Darknet Markets?

Darknet markets are black online markets that can be found on the dark web. On these markets, people usually conduct illicit activities and purchases, such as buying drugs, guns, etc., by using stolen credit card information and cryptocurrencies, mostly Bitcoin. Crypto is used as payment on darknet markets due to its semi-anonymous properties. Some cryptos have more privacy-focused features than others, but Bitcoin can actually be traced with the right software.

Crypto analysis and monitoring firm, Chainalysis, has also acted as an advisor to various government authorities. According to a report made by the company, Bitcoin transactions hit a new high of $601 million on darknet markets in the last quarter of 2019, signifying an increase of 60%.

Data from Chainalysis shows that Bitcoin and crypto use on darknet markets has continued to grow in the past year. Steven Zheng from The Block found out that Bitcoin is the most used cryptocurrency on these platforms, with almost 93% of the darknet markets accepting BTC for payment. The next most popular cryptos are Monero and Litecoin. But this represents less than 1% of all Bitcoin transactions, according to Elliptic.

The Crypto Crime Report released by Chainalysis in late January 2020, showed that illegal activities with Bitcoin almost doubled from the year previous year, making it the first time in four years when this type of thing happened.

The report showed that crypto transactions on the darknet markets in 2019 were around 0.08%, while in 2018, these transactions were 0.04%. Total market sales in crypto saw an increase of “70% in 2019 to over $790 million worth of cryptocurrency, making it the first time sales have surpassed $600 million”, said Chainalysis.

The study shows that darknet market transactions are still executed via exchanges, just like in past years. “Exchanges are by far the most common service customers use to send cryptocurrency to vendors, and for vendors to send funds to cash out.”

While darknet markets have a low percentage of total crypto transactions, “the recent increased volume speaks to the resilience of darknet markets in the face of heightened law enforcement scrutiny,” concluded the company.

The firm’s study pointed out that the total number of active darknet markets stays constant in spite of the persistent measures of law enforcement bodies.

According to the report, when some markets close, others pop up in their place: “Although eight of the darknet markets active in 2018 closed in 2019, eight new ones opened, keeping the total number of active markets steady at 49. On average, each active market in 2019 collected more revenue than those active in any other year, apart from during the height of Silk Road’s heyday in 2012 and 2013. As we’ll examine in more detail later, it appears that when some markets close, others are able to pick up the slack and satisfy customer demand. “

“The data above also confirms that the increase in revenue is driven by more purchases rather than larger ones. The median purchase size has remained relatively constant in USD value, but we see that the number of transfers once again jumped significantly, from 9 million to 12 million. This suggests that either more customers bought from darknet markets in 2019, or that old customers are making more purchases,” – concluded Chainalysis.

“Perhaps our most interesting finding is that darknet markets’ transaction activity appears to be less influenced by the ebbs and flows of the cryptocurrency markets and other forms of seasonality compared to other services. The graph above shows a comparison of total Bitcoin transaction volume between darknet markets and three other types of services over the course of 2019. While all categories see spikes in July around the same time as a Bitcoin price surge, darknet markets exhibit a much less dramatic spike than the others. Looking across the entire year, darknet markets’ transaction activity remains within a much narrower volume range, suggesting that customer behavior is less influenced by changes to Bitcoin’s price,” – noted Chainlaysis.

Why Crypto Darknet Activity Went Up

Chainanlysis argues that the increase in cryptocurrency use on darknet markets is possibly affected by the implementation of new technologies, which give users a more decentralized approach. To evade law enforcement shutdowns, darknet markets have evolved to use fully decentralized networks, which is like the Tor web browser or “the blockchain itself,” said the firm.

OpenBazaar is one of such dark web markets that runs on a fully decentralized structure, which makes it very hard for authorities to take down. Users just download and run a program that enables direct connectivity to the market, instead of using a website. Particl.io is another marketplace that has taken extra measures, as it has developed its own coin and wallet infrastructure. At the moment, none of the above-mentioned markets are among the most popular, but should they attract the attention of authorities, they would be hard to close down.

The researchers were surprised that privacy-focused cryptocurrencies, such as Monero (XMR) were not among the top choices of dark web markets. Currently, Empire is the only major darknet market which accepts Monero. In January 2019, the use of Bitcoin on darknet markets saw an increase of 70% compared to 2018.

“Above, we see how the top markets have shifted over time. Those focusing on drugs consistently remain the most popular. We should note though that some of the highest-earning markets shown above only serve specific countries or regions. For instance, Hydra Marketplace, by far the most popular market on the graph, caters only to customers in Russia. Below, we have another version of this chart showing only markets with a global customer base. Some of the markets shown in the second graph are more popular in some countries than others, but overall, the data shown below will be more relevant to investigators based in the U.S. and Western Europe.”

The coronavirus epidemic has led to a new high of online purchases, but does this affect dark web market transactions?

The Dread darknet forum started a thread on this exact topic called: “How does the coronavirus outbreak have an impact on market transactions?” One of the responses was: “Online purchases are going to increase a lot because people will want to be in their home in quarantine. Therefore, postal services will collapse and delivery times will increase a lot like Christmas.” Both clearnet and darknet users have experienced delays, as retailers are struggling to meet the increased demand.

Vendors take advantage of the people’s panic and naivete and use the outbreak to either market products that have no business with the virus or to overprice items which are in low stocks, such as surgical masks or disinfectants.

A common seller tactic is to suddenly jack up the prices when an item is out of stock to stop sales. Recently, sellers that have stocked up and tried to sell medical or sanitary items at ridiculous prices on the clearnet marketplaces have been sanctioned. In countries under a state of emergency, governments are allowed to confiscate properties and probably huge stocks of much-needed medical supplies.

It is yet unknown if darknet market transactions will continue to rise this year as well, but in spite of the efforts of the authorities, the numbers are still going up.