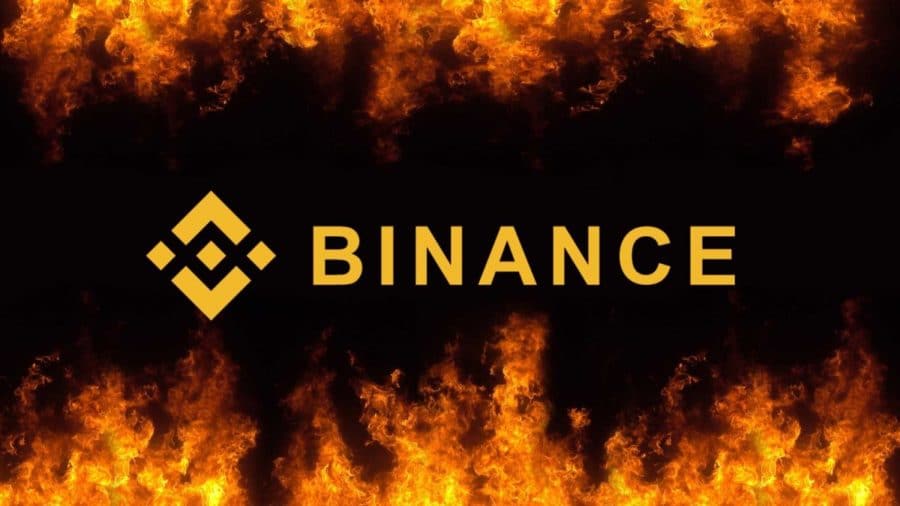 The native token of the exchange is one of this year’s top-performing altcoins up until June when it reached $40, but till September it lost 60% of its value, going down to $15. The current BNB price is $18, up 0.88% in the last 24 hours.

Article coming soon. But here it is. Been a productive & decent quarter. https://t.co/sqwhm7EzLs

The exchange burned a sum, approximated by today’s rate, of $36.8 million with the supply being lowered to 185.5 million tokens. In the next quarter, another batch of BNB will be burned based on the trading volume on the exchange, and the coins will be destroyed when the total supply is down to 100 million.

According to the Block’s Larry Cermak, Binance has just experienced its second-highest quarterly profit with this 9th coin burn surpassing that of Q2.

“Since Binance burns 20% of profits, we can deduce that it made approximately $186 million in profit in Q3. This is the second-highest quarterly profit”

Binance just completed their 9th quarterly burn for Q3, in which it burned nearly 2.1M BNB – more than in Q2 and Q3 combined. Since Binance burns 20% of profits, we can deduce that it made approximately $186 million in profit in Q3. This is the second-highest quarterly profit pic.twitter.com/0OVUmgcIIP

His charts show that 14.5 million BNB have been destroyed in all the nine burning sessions, leaving another 85.5 million until they reach the final total supply.

“Binance’s spot volume dried up in the last few months. The market has been dead and yet Binance just burned the equivalent of the second-best quarter in existence.”

Cermak’s observations also pointed out that the average daily volume in October is 2.6 times smaller than its June volume, which shows that Binance must have generated more volume from its other subsidiaries.

Binance modified its whitepaper in April to remove the clause in which the company is supposed to use 20% of its profits to buy back BNB.

“We recently updated our whitepaper to better describe how we actually conduct the burn. For example, we removed the buyback reference because we actually don’t repurchase BNB and simply reduce the supply by burning BNB. We also removed the profit language because some regions tend to associate profits with securities, and we would like to distance BNB from that. So going forward, we plan to describe the burn this way, and burn what we burn.”-stated the exchange regarding the modification.

BNB currently has a 24-hour trading volume of $237 million, as is currently in 7th place with a market cap of $2.8 billion.