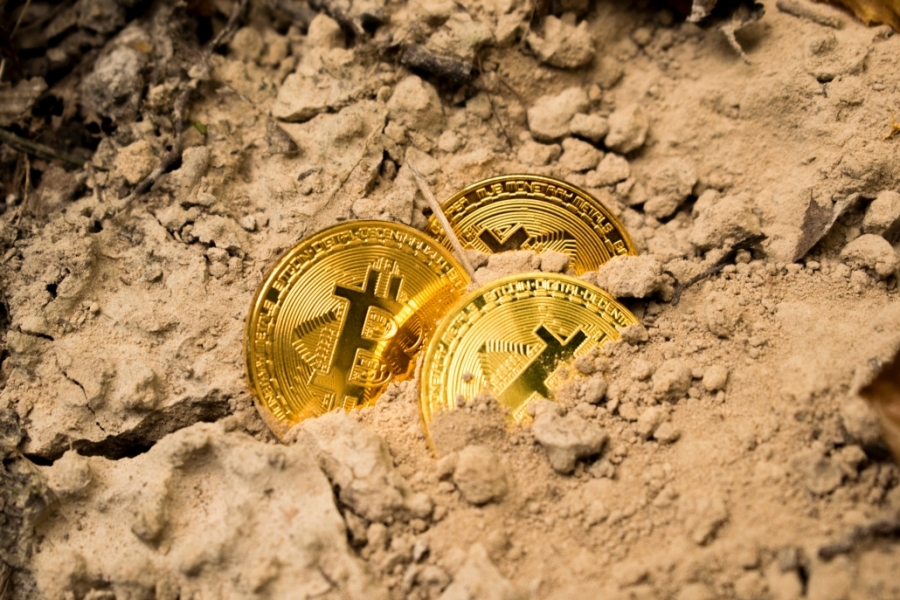 If you are looking for a good crypto-mining marketplace, continue reading to find out a suitable NiceHash alternative for you in our 2020 guide.

Nicehash started out in 2014 as an online marketplace where people could sell their hashing power for mining certain cryptos. It is still, to this day, one of the most well-known and popular online miner platforms.

Unfortunately, in December 2018, the Slovenian cryptocurrency mining company fell victim to an attack, and hackers managed to get away with 4700 BTC valued at close to $60 million.

Even though NiceHash proved that the team behind the project is composed of true professionals, and mining operations were quickly relaunched after various internal investigations, there are some out there that have lost faith in NiceHash.

Fortunately, there are numerous other viable options. In this guide, we will take a look at some of the best NiceHash alternatives for 2020.

MinerGate is a popular mining program that allows users to mine Bitcoin and multiple other altcoins, such as Ethereum, Zcash, Monero, Ethereum Classic, and Bitcoin Gold. The hash power supplied by MinerGate is provided by a Scotland-based company called Hashing24. The platform allows users to earn money through mining based on the current exchange rate, as well as on a benchmark of their hardware.

Miners are paid directly into their wallets when the minimum payouts are reached. Even though it’s not as popular as NiceHash, MinerGate has one advantage over the first: it doesn’t provide users with the option of storing their earnings on the platform.

MinerGate’s xFast GUI Miner is a crypto mining software, which is able to generate maximum hash power and enhanced overall performance, and it can be used with both GPUs or CPUs.

There are more than 3.5 million users who are using the miner. The software is compatible with Windows, macOS, and Linux systems and has an automated function that switches to mine the most profitable currency at that time.

Minerstat is a more recent NiceHash alternative, but it has attracted the attention of many devoted miners. This miner is suitable for miners that have either one or more rigs. The software is available for Linux and Windows systems, where miners can manage and monitor their mining operations remotely from anywhere.

Uses can also configure custom profit settings, where they can switch between a wide array of mining pools. But Minerstat will not be the one responsible for your payout, that will be the job of the pools you choose to mine.

The miner doesn’t support mixed rigs, but you can choose to mine from 30 different coins, including Bitcoin, Ethereum, Zcash, Monero, Ravencoin, and Dogecoin.

The Kryptex Miner is a Nicehash alternative for Windows miners that uses a smart computer hardware sensor to analyze how much users can earn on a daily and monthly basis. Earnings (either Bitcoin or real money) are automatically sent to users’ wallet addresses. You have a wide variety of options when it comes to withdrawing your earnings, as you can withdraw via BTC, ETH, Qiwi, Visa/Mastercard, China UnionPay, Amazon eGift Cards, Bank Transfer, Yandex Money, Advcash, and WebMoney. The fees will vary according to the method used, but Qiwi and Advcash transfers are free.

The platform has a very user-friendly interface with little to no esthetic clutter. The platform has opened its own pool, where users can mine Ethereum, Expanse, Ethereum Classic, Monero, Beam, Grin, and Ravencoin. There is not a lot of information about who actually runs the platform, and it’s quite clear that a bit of caution is required when using Kryptex Miner.

AIOMiner is a free Windows mining software for GPU rigs, which supports over 50 different algorithms. You can set up benchmarks for your mining rig to estimate how many coins you can mine and can select to use any pool.

The software also collects data in real-time from sites such as WhatToMine.com and alerts you of changes through its AI algorithm to let you know of the most profitable mining operation at any given time. There is also an automatic profit switching feature that stops mining for a coin when it becomes unprofitable.

The software can be downloaded for free, and the source code is posted on their GitHub page. 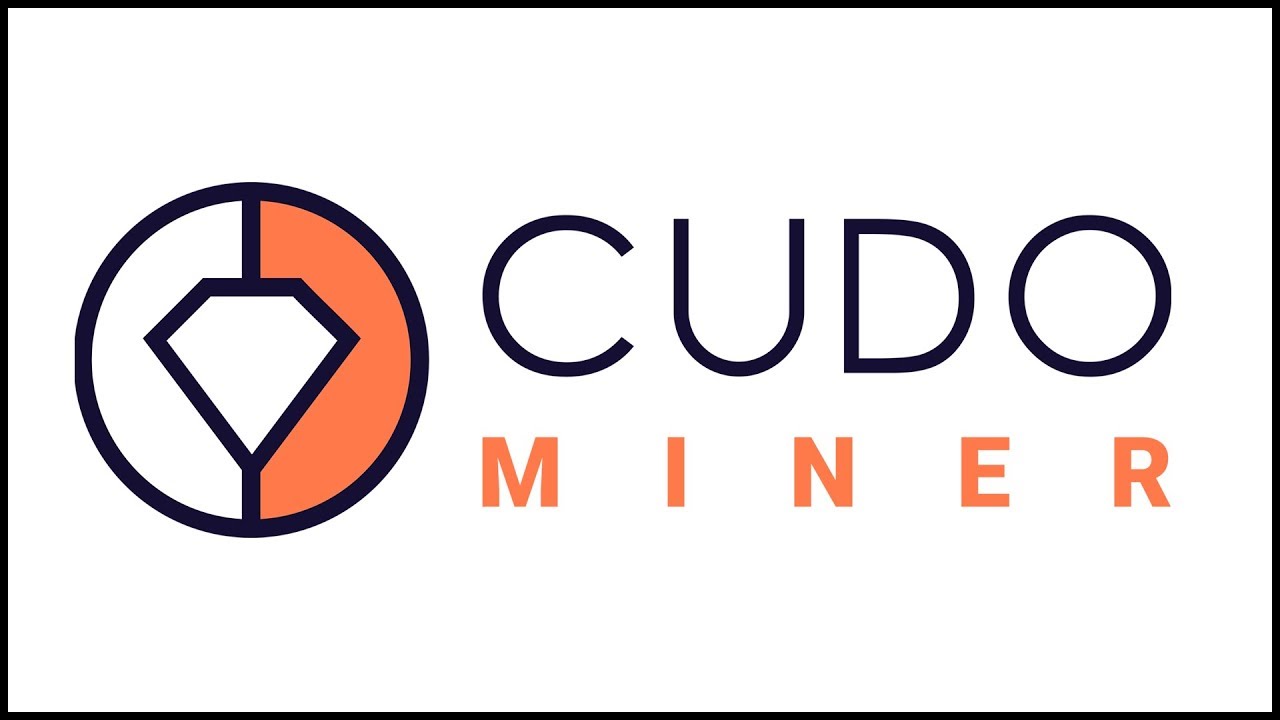 CudoMiner is another great NiceHash alternative as it’s a cross-platform, crypto mining software that allows users to get profits through their mining efforts. Designed by Duncan Cook and Matt Hawkins to be as widely accessible as possible, CudoMiner is available for Windows, Linux (Ubuntu), and macOS.

Users can choose to be paid in several different cryptocurrencies: Bitcoin, Ravencoin, Ethereum, and Monero.

The software can be downloaded and installed quite easily and can be used only after users create an account. In terms of features, the highlights are an automatic algorithm switching capability that ensures that users mine only the most profitable coins and the option to manually optimize the machines for a specific coin. It’s designed to cater to the needs of both advanced and beginner miners.

The HoneyMiner app is a Windows application that allows you to access a relatively new mining service, converting your system into a mining rig for some extra passive income. The software automatically detects which coin is the most profitable to mine at any point in time. Another big benefit is the fact that the app converts all cryptocurrencies mined into Bitcoin before users are paid.

The built-in Crypto Calculator allows users to determine just how much they can earn by HOLD-ing their coins for a specified period of time. HoneyMiner is easy to install and, unlike most other similar apps, it only requires users to enter a valid email address before they can start mining.

BetterHash is a NiceHash alternative which automatically selects the coins with the best profitability and switches between algorithms mechanically. Both beginner and experienced miners can use this software. Mining is free, but you will have to pay fees when withdrawing.

The miner allows you to benchmark your computer to estimate how much crypto you can earn with it. The software supports the mining of ten cryptos, including Bitcoin, Ethereum, Monero, Zcash, Dash, and many more.

BetterHash supports both CPU and GPU mining, but it is only available to Windows OS users.

Awesome Miner is a mining network that allows any crypto enthusiast to maximize the profits of his or her cryptocurrency mining operations. The platform can be accessed either via a web interface or directly through a Windows app. The app can also run on Linux.

It can be used for both ASIC and GPU mining, with the software automatically initiating and monitoring the mining process. Up to 40 different cryptos are supported on Awesome Miner.

One of the desirable features of Awesome Miner is the app’s profitability switching system. This system relies on real-time multi-pool statistics and various coin parameters, as well as algorithms and mining software, to always ensure the highest rate of profitability. The main drawback is the fact that the interface can be a little cluttered, which might make it a bit confusing for first-time users.

Mining Rig Rentals is a mining software as well as a marketplace where hash power can be sold or bought. There are 100 algorithms supported by the platform, and payouts can be made in BTC, LTC, ETH, DASH, or BCH. ASIC mining is supported, and sellers are able to set up mining on their rigs while they are waiting for buyers to respond to their hashing power offer.

Another feature is its algorithm that automatically switches to mine coins that have the most positive market stats.

Mining is free, but the rig renting is usually 2% for the buyer and 3% for the seller. Mining Rig Rentals is compatible with Windows, macOS, and Linux operating systems.

WinMiner is another platform that promises to turn users’ unused computing power into small, passive revenue. The software is smartly designed to make use of a computer’s hardware only when it’s not needed by its owner, thanks to a system called Auto Mode. In short, the program allows for a PC to work 100% of the time rather than being idle while its users are away.

Users are rewarded in Bitcoin, USD, or Ethereum. The software analyzes each system and determines which miner to use and which coin to mine based on the results. Unfortunately, only systems running Windows 7 or higher are accepted. Eligible computers are also required to have an Intel CPU and a graphics card of 2GB memory or higher. 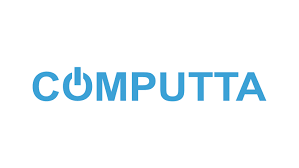 Computta is another software that promises to turn any decent, modern-day computer into a 24/7 passive income generator. The main goal of Computta is to remove all the complexities usually associated with crypto mining. The program is very user-friendly, and it can be used even by the most inexperienced users.

The mining platform converts all earnings into Bitcoins and displays balances in USD. Users who refer other people to the platform will receive various rewards. The main benefit of this software is its simplicity. It’s a fully automated, as Computta runs in the background and works out of the box, without any type of intervention from its users.

All of the above are good mining platforms; however, it’s important to do your own research and to thoroughly evaluate all the pros and cons before making a decision. We hope that the information we provided will help you find the best Nicehash alternative for you.

Note: This post was originally published on 18 March 2019 and has been totally updated for the completeness and veracity of the content on 28 March 2020.