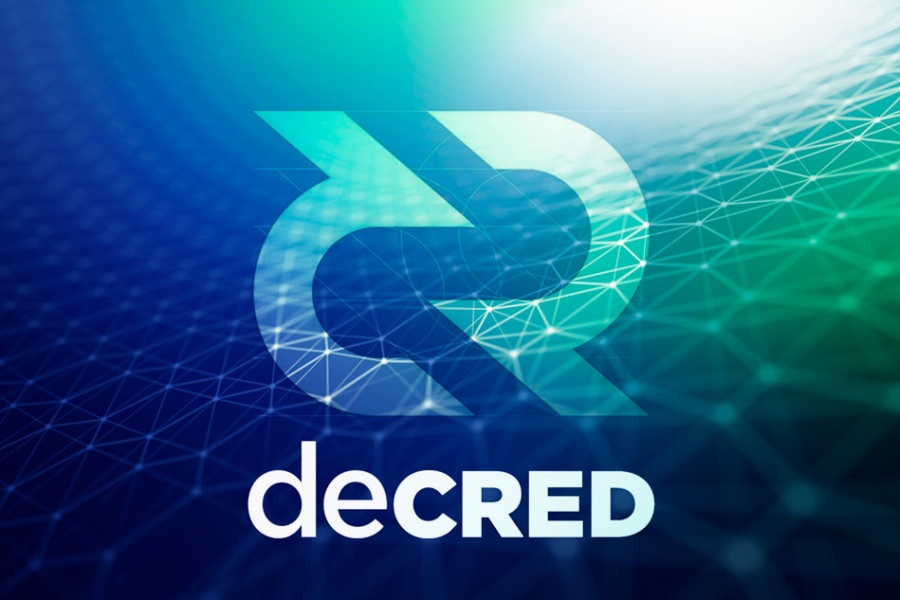 Decred is a unique crypto, and if you are looking to generate your own DCR coins, you need to know that there are several Decred pool options that you can choose from.

Decred (DCR) is a blockchain-based cryptocurrency that employs decentralized governance that ensures the network is run autonomously but with miners and coin holders voting on and enacting improvements.

Decred was forked from the Bitcoin protocol, which means that it inherited several features from its parent coin. Decred launched its mainnet on February 8, 2016.

The crypto differs from other cryptocurrencies when it comes to its mining protocol, as it uses both Bitcoin’s Proof of Work and the Proof of Stake consensus algorithms.

Proof of Work mining algorithms constantly increase in difficulty, and as blocks are generated slower through this protocol, more people have been looking towards the Decred Proof of Stake mining pools (Stake Pools) to generate new coins.

New blocks are created by proof-of-work miners every 5 minutes, releasing new Decred coins into the network. This block reward is divided into three parts: 60% is given to the PoW miner who discovered the block, 30% is distributed to the PoS voters on that block (6% to each of the 5 voters), and 10% is allocated towards development funding.

The block reward was initially set at 31.19582664, and every 6,144 blocks (approximately 21.33 days), this reward is reduced by a factor of 100/101. Stakers thoroughly verify blocks mined through PoW to check if they are written correctly. For their work, they each receive 6% of the Block Reward.

PoS Voting Rights are allocated through tickets that can be purchased inside the wallet, and the price is calculated by an algorithm that maintains the difficulty of the protocol at the same rate. This means that if more people participate in PoS Voting, the tickets will increase in price.

When looking for Decred pool options, there are several factors you should look into. Most of these criteria apply to almost all mining pools, but there are some that are more favorable in certain aspects.

Below are some of the best Decred pool options for PoW mining:

Suprnova is one of the biggest Decred mining pools, which also supports the mining of 4 dozen different coins in addition to DCR. Its servers are located worldwide. Suprnova rewards its miners through a Proportional (Prop) payout system and charges no fees.

CoinMine is a unique pool, as it enables miners to mine anonymously through their special dashboard that does not require users to sign up on the platform. The pool employs the PPLNS payment system to reward its users. It also does not charge any fees and servers that are distributed in various regions all over the world.

The minimum payout amount is set at 0.1 DCR, meaning you will only receive your earnings after you surpass this amount.

Luxor Mining has recently launched its Decred pool that offers a 1% PPS scheme. They currently have four servers that you connect to with two in the US, one in Europe and one in Asia. Luxor has a global network of servers that ensure optimal hash rates.

F2Pool is a Chinese mining pool that is one of the oldest mining pools in operation. Out of all the Decred pool options, F2pool supports the most cryptos, including BTC, LTC, ZEC, ETH, ETC, SC, DASH, XMR, XMC, XZC, and XVG. The pool also supports merged mining for Namecoin (NMC) + Syscoin (SYS) for BTC mining and Dogecoin (DOGE) for LTC mining.

The reward is 3% through PPS or PPS+. Fees are between 2% and 3.9%, which makes this pool one of the most expensive on our list.

If you made earnings over 0.1 DCR, you will be able to withdraw your mined coins.

A stake pool delegates your voting powers to a third party (the pool), and it is ideal for people that want to vote using Decred’s proof of stake consensus but can’t, because they either cannot keep a wallet constantly unlocked, or do not have a stable Internet connection.

To take part in Proof of Stake voting and the stake pools, you are required to have:

The two wallets that support stake pool voting are:

Keep in mind that the necessary amount of DCR to buy a ticket can rise to $3,000.

Stakeminer – has more than 17% of the network votes, and its fees are set at 1%.

With this, we conclude our article on the best Decred mining pool options for both Proof of Work and Proof of Stake mining. We hope that this has been of help to you and your DCR mining endeavors.