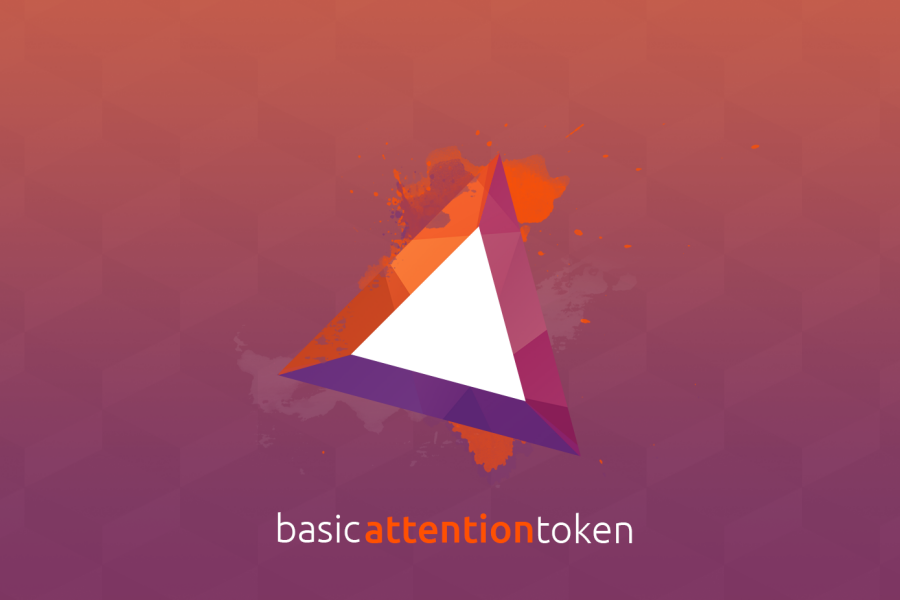 If you are looking for a Basic Attention Token wallet, our list features some of the best storage solutions for your BAT token.

BAT, also known as Basic Attention Token, is the native token of the Brave browser. BAT was developed to

compete with Facebook’s and Google’s monopoly in the online ads market.

BAT coin is based on Ethereum’s ERC20 standard, meaning that the token is compatible with wallets that also support Ethereum based tokens. As there are a lot of options for Ethereum tokens, you have a good chance of finding a BAT coin wallet.

The official BAT wallet is Brave wallet, which was developed by the Brave community. The wallet can be added as an extension by downloading the Brave browser.

Brave wallet is free to use, so that users do not have to pay for storing and receiving any BAT coins. What’s more, you do not have to register in order to use your Basic Attention Token wallet.

You can also use other altcoins, such as Bitcoin, Litecoin, Ethereum to fund this BAT wallet. Brave wallet automatically converts all the crypto funds that are not BAT and then deposits them into the wallet. Keep in mind that Brave Wallet is unidirectional, which means that you can only deposit and cannot withdraw your BAT funds once they are in your balance.

Brave Browser has recently announced that it will be introducing a new feature that will enable BAT withdrawals. Withdrawals are currently available on Brave’s developer browser preview.

The tokens are largely locked-up in user wallets, and the only way of using them is to donate them to content creators and web services.

The new wallet has improved security features than its previous model Ledger Nano S, which is also a good option for a BAT coin wallet that can be used as a storage solution.

Ledger Nano X’s extra features include Bluetooth that can be used to connect with your mobile device. Nano supports the storage of more than 1,000 cryptocurrencies, including BAT tokens, and you can keep up to 100 currencies at a time as the device now has improved in-built memory.

Trezor is another great Basic Attention Token wallet for those looking to store their tokens in offline mode. The latest model from Trezor is Model T that features high security, and it also has passphrase, PIN, and private key protection.

The wallet supports over 1000 coins, offering native support for over 50 coins.

MyEtherWallet is the best wallet for ERC20 tokens, which also makes it a great BAT wallet. This web-based wallet is open-source and keeps all user data on the browser of your machine.

This Basic Attention Token wallet also features Ledger Nano S and Trezor integration, and it can also be accessed through the web.

MyEtherWallet enables users to generate new wallets and store all tokens that are built on the ERC-20 standard. Each time you generate a new wallet for a different token, you will have to individually back it up.

The wallet also supports in-wallet swaps, meaning that you can convert BAT tokens into other tokens without ever leaving your wallet or requiring an exchange account.

Through its partnership with Bity, Kyber Network, Changelly, and Simplex, MyEtherWallet is able to support fiat to crypto, ETH and BTC, ETH and ERC-20 conversions.

MetaMask is a browser crypto wallet that supports ERC20 tokens. This BAT coin wallet also enables dapp functionality within the browser directly, without having to run a full Ethereum node.

The wallet is compatible with all popular browsers, such as Google Chrome, Opera, Mozilla Firefox. It can also be accessed through the new Brave browser.

This self-hosted wallet lets users store and manage ETH and all ERC20 tokens, such as BAT. What is unique about this BAT wallet is that it also features an HD wallet that is backed up by a mnemonic phrase.

MetaMask also features a secure identity vault, which is an interface that can be used to manage on multiple sites your identity.

Trust wallet is now operated by the popular crypto exchange Binance. Trust is a Basic Attention Token wallet which is available only for mobile devices.

Initially, the wallet supported only Ethereum ERC20 and ERC223 tokens, but now you can also store various other coins, such as Bitcoin, XRP, Monero, Binance Coin, Stellar Lumens, Zcash, Dogecoin, Bitcoin Cash, Dash, and Litecoin. The user can also directly interact with the Ethereum blockchain and run dApps.

Trust wallet allows you to manage BAT tokens through Android and iOS devices alongside other 30,000 ERC-20 based tokens.

This BAT coin wallet keeps your funds secure by storing your private keys locally and employing different layers of security. Through their Binance connection, Trust wallet is compatible with Binance DEX, which enables instant coin swaps on the decentralized exchange.

Exodus is a desktop wallet that has an intuitive interface that allows you to easily manage BAT tokens. This BAT wallet is compatible with Windows, macOS, and Linux systems.

Exodus also supports the storage and management of 100 other cryptocurrencies. The wallet encrypts private keys and transaction data on the computer you are using, and it also does not require that you sign up or set up anything.

This HD wallet allows users to be in complete control of their private keys/seed.

Coinomi is a multi-crypto wallet that also supports the management and storage of BAT token. The wallet is Hierarchical Deterministic, which means that it uses complex algorithms to generate a strong passphrase.

It can be used on Android and iOS mobile devices, as well as on PCs that run on Windows and macOS. This BAT wallet comes in multiple languages: English, Chinese, Spanish, French, German, Russian, among other languages alongside 24/7 customer support.

Coinomi supports in addition to BAT 125 other cryptocurrencies and 382 tokens, including those based on the ERC20 standard. In this BAT coin wallet, you can directly convert your crypto into other coins directly from within the wallet.

So, if you are on the lookout for a good Basic Attention Token wallet, then you should definitely check out our list of BAT wallets.