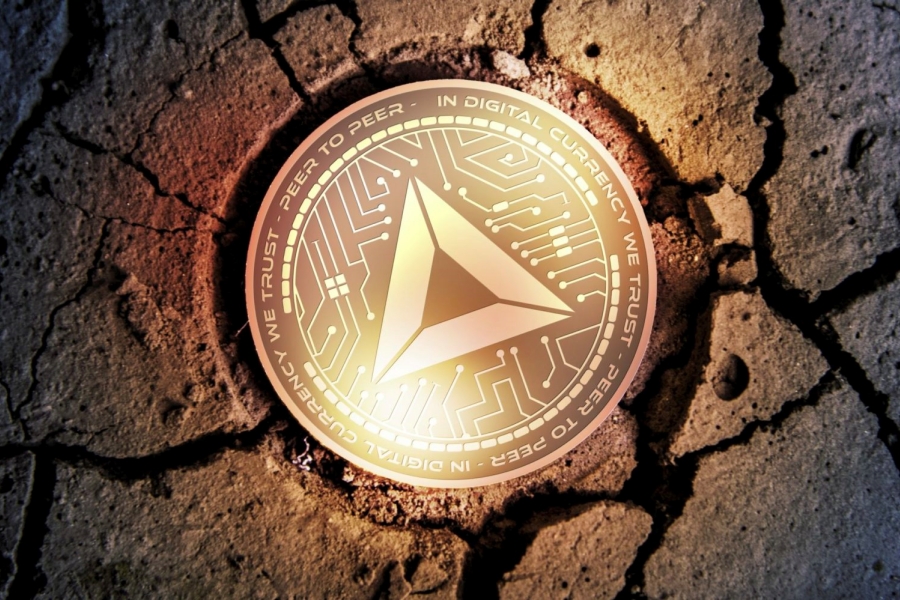 By looking into historical prices, market sentiment, and project status, we tried to formulate a BAT price prediction for December 2019.

The Basic Attention Token is the native crypto of the Brave Browser ecosystem, which was launched in 2017 by Brendan Eich, creator of JavaScript and Firefox, as well as Mozilla co-founder.

The project was created to solve some of the most serious issues in the digital advertising industry, such as violation of privacy, ads, and trackers taking up 50% of users’ mobile data, bots perpetrating billions in frauds, and a lack of good data for advertisers. The BAT team has made it clear that “the token is not a digital currency, security or a commodity” and has also said, “we have not encouraged or facilitated this exchange trading in any way.”

Thus, the true purpose of the BAT token is to only have real utility in the Brave ecosystems, not as a financial instrument or speculative vehicle. Currently, the BAT token is based on the ERC20 Ethereum standard.

Brave is an open-source browser that is centered around the idea of privacy. Users of the platform are able to receive BAT by viewing ads in the Brave browser as well as purchase ads.

The network distributes advertisement revenue to the users. Advertisers pay to have their ads run on the Brave browser, and soon all advertisers will be able to display their ads on the website of publishers through the Brave Ads program.

The Brave Ads program has currently been made available only to residents from the US, the UK, Canada, Australia, New Zealand, Ireland, France, and Germany. The program is expected to be extended to all European countries and to Japan by the end of 2020.

BAT started November at a price of $0.23. The token increased day by day until November, when it reached a trading price of $0.26. The following day, the token dropped back to $0.23.

Basic Attention Token gradually started building up to $0.27, briefly touching the $0.28 resistance level on November 18th. Since then, we have noticed from charts that the token has taken a downward trend, eventually hitting $0.20 on November 22nd. 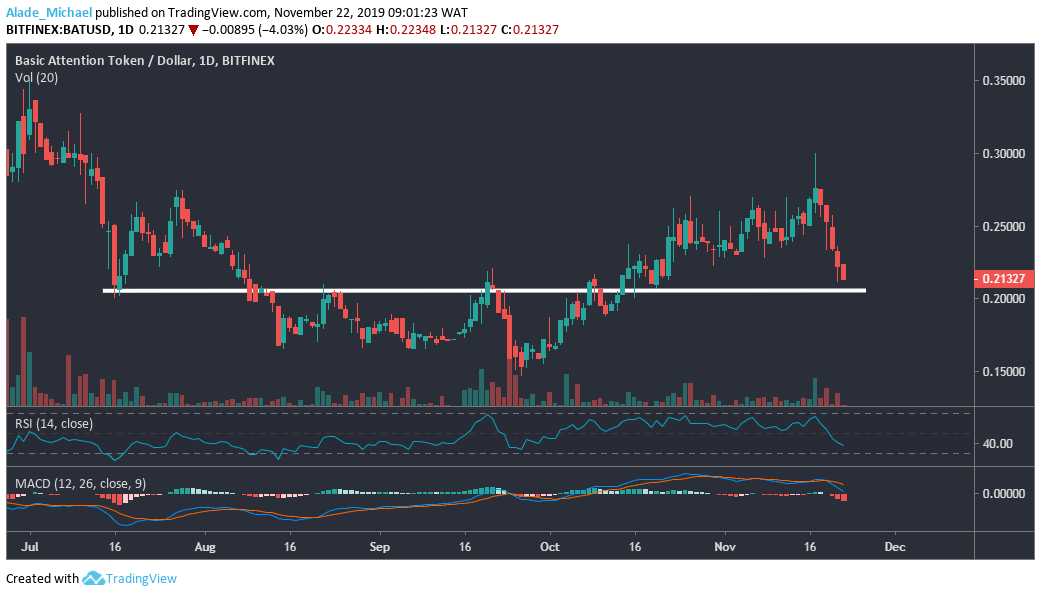 The token fluctuated between $0.20 and $0.22 until November 30th. BAT started December trading at $0.20, but it started going down to $0.19 towards the end of the day. On December 2nd, the downtrend continued, with the token reaching $0.18. Towards the end of December 3rd and beginning of December 4th, there was a slight recovery to $0.19, but the token once again lost its value and started dropping again to $0.18.

The calculated resistance, pivot, and support levels for BAT, according to WalletInvestor, are:

BAT published its latest roadmap on GitHub, covering all the important achievements the project has made starting from December 2017 to the present time.

The Brave browser announced in November the official launch of Brave 1.0.

“The Brave open source browser fundamentally shifts how users, publishers, and advertisers interact online by giving users a private, safer, and 3-6x faster browsing experience, while funding the Web through a new attention-based platform of privacy-preserving advertisements and rewards. In addition to desktop and Android devices, Brave’s private ads and payment platform (Brave Rewards) is now available for iPhones and iPads,”- read the post.

Before November, the Brave browser was still in beta release but already amassed over 8.7 million monthly active users worldwide.

The project has included major names in its list of verified publishers, this year welcoming Wikipedia and Everipedia to its list of partners. Also, this November, Brave announced its collaboration with the TOR project, which will receive $10,000 in free advertisements per month to engage with Brave’s user base.

The Brave Github page features 150 repositories and 24 people actively working on the project.

As various sites have made their own BAT price prediction for December, we decided to include a few of them to better illustrate the market sentiment.

TradingBeasts estimates that BAT will be fluctuating closely to the $0.25 price and suspects it will trade sideways in the next year.

CoinSwitch predicted that the BAT token will have a trading price of at lead $0.348 by the end of 2019.

Coinpredictor forecasted that by the end of the month, BAT will see an increase of +34.3%, which would place the coin at a trading price of $0.263631.

The Coinfan website tries to predict the minimum and maximum possible values for December, estimating that Basic Attention Token will have a minimum price of $0.3951 and a maximum price of $0.50485.

The WalletInvestor site expects the Basic Attention Token to be trading at around $0.277 by the end of the year.

With this, we conclude our BAT price prediction for December 2019. We hope that the information we provided will be of help to you in your future trading endeavors.