Aspiring US President Andrew Yang Reveals His Plans For Cryptocurrencies 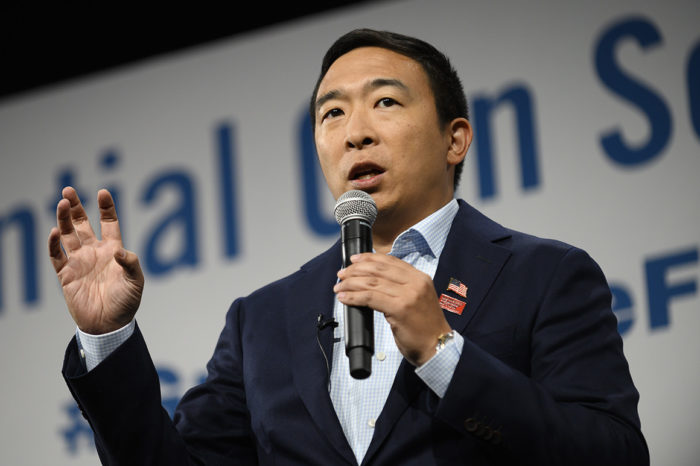 The United States Presidential candidate, Andrew Yang, has detailed the plans he has to help in regulating the crypto assets economy, should he become the President of the United States in the forthcoming elections.

In a recent blog post entitled “Regulating Technology Firms in the 21st Century,” he provided an explanation of why he believes many of the legislators in America are not up to date with emerging technologies.

Andrew Yang is a 2020 presidential candidate running on the Democratic Party ticket. He holds the belief that innovative technology has successfully outpaced the understanding of the current American government, which has little knowledge of what it is and how it works.

Last week, he noted that the government makes it possible for the technology firms to continue thriving, but it does not do its best to protect the tech users from companies that are scouring information.

In the second half of his blogpost, Yang further discussed video game loot boxes and cryptocurrencies. According to the presidential candidate, there is a need for the U.S government to take on a forward-thinking approach, and take an interest in learning and being informed about digital assets. This is the only way to ensure that innovation is not stifled.

“Cryptocurrencies are seeing levels of fraud because of the lack of regulation. Other countries, which are ahead of us on regulation, are leading in this new marketplace and dictating the rules that we’ll need to follow once we catch up,” he added.

In his post, Yang takes time to emphasize that cryptocurrencies and other types of digital assets today represent a great amount of economic activity and value, and are easily outstripping the response given by the government.

He believes that the government is yet to develop a national standard that will help get rid of conflicting jurisdictions, especially when it comes to digital assets.