Home / Bitcoin News /Are Cryptocurrencies A Real Threat For US Dollars? | Expert’s Opinion

Are Cryptocurrencies A Real Threat For US Dollars? | Expert’s Opinion 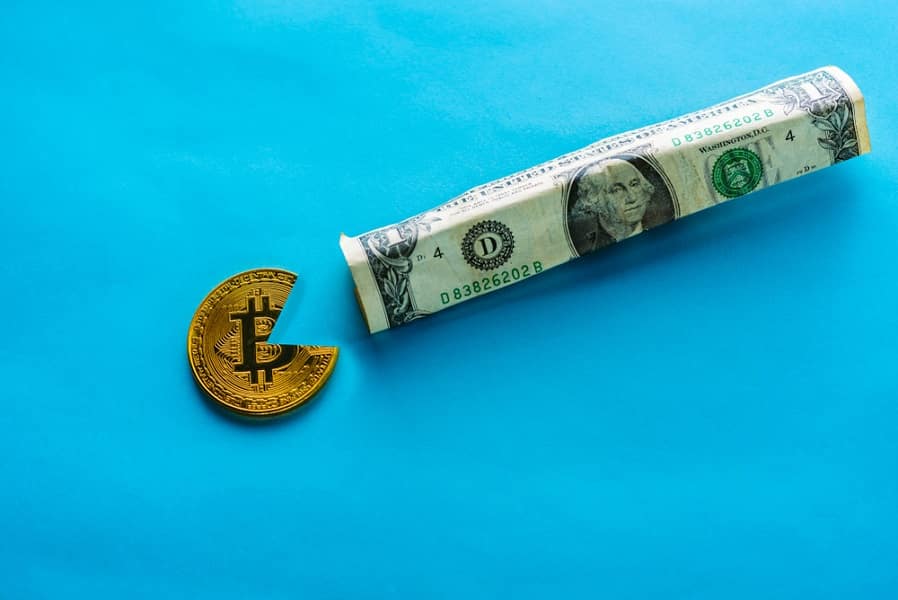 The US dollar still reigns as one of the biggest economic powers in the world, but is cryptocurrencies a real threat to its hegemony?

Over the past years, the power of the US dollar has decreased, as more economies have started developing over time.

The US dollar represented 40 percent of the world’s gross domestic production (GDP) in the 1960s, but now it is somewhere around 15 percent. However, USD still plays a massive role in the global economy. Dollars are used to denominate nearly two-thirds of all emerging market external debt, global equities, and government foreign exchange reserves. Countries that produce 70 percent of the world’s GDP use the dollar as their main currency, and one-third of all countries directly tether their own fiat to the USD.

The impact of globalization has meant that USD is now commonly used by most countries in their financial affairs. The Governor of the Bank of England (BoE), Mark Carney, noted that because of this, governments had to stockpile huge amounts of dollars to protect themselves from drastic price fluctuation in the US economy.

“The combination of heightened economic policy uncertainty, outright protectionism and concerns that further, negative shocks could not be adequately offset because of limited policy space is exacerbating the disinflationary bias in the global economy,” Carney stated in its speech.

Cryptocurrencies are a controversial topic in the financial world, with most central bankers and economists viewing them with skepticism. But Carney is one of the few who has faith in crypto, stating that cryptos could “dampen the domineering influence of the US dollar on global trade” while laying the necessary groundwork (like blockchain) to shift the dollar’s supremacy within credit markets.

If people would start using cryptos for international transfers and to access debt, then the effects of US economy fluctuations will have less of an impact. This would also help emerging economies to protect themselves from dollar-induced volatility of capital flows, thus preventing disasters.

The U.S. Office of the Director of National Intelligence has also admitted that cryptocurrency could affect the U.S. dollar’s position as the world’s reserve currency. The head of the U.S. Intelligence Community had dedicated a team of researchers to thoroughly examine how the loss of status of the U.S. dollar can impact its economy and national security.

The U.S. Office of the Director of National Intelligence has released a research paper entitled “Evaluating the Impact of U.S. Dollar Losing Its Status as World Reserve Currency.”

“There are many advantages for U.S. national security to have the U.S. dollar as the world reserve currency. Any international transaction settled in US dollars gives the U.S. jurisdiction over financial crimes associated with those transactions. In addition, the U.S. is able to effectively level sanctions against or designate entities that violate international laws or treaties, or that have the potential to cause financial instability in global markets.” – said the office regarding its position.

The Office of the Director of National Intelligence explained that “there are many threats to the U.S. dollar maintaining its status as the world reserve currency. Countries such as China and India have large growing economies that could compete with U.S. economic growth.”

“Many cryptocurrency enthusiasts predict that either a global cryptocurrency or a national digital currency could undermine the U.S. dollar … The U.S. should prepare for scenarios that threaten to undermine the U.S. dollar as the world reserve currency and determine how those scenarios could be overcome, protecting our status in the global economy.”

With regard to the threats listed earlier, the document further relays: “If either of these scenarios or others come to pass, the U.S. would lose both its status in the world and its global authorities.”

“The U.S. should prepare to identify potential ‘black swan’ events that could revolutionize the financial playing field in ways we do not yet understand – presenting strategic surprise — and understand root causes and driving factors that are particularly sensitive to certain global or technical events,” – asserted the researchers in the post.

The research was launched by the U.S. Intelligence Community Postdoctoral Research Fellowship Program through the Department of Energy from Oak Ridge Institute for Science and Technology.

Congressman Brad Sherman expressed his anti-Bitcoin and cryptocurrency stance during the Libra hearing, regarding the financial technology as only for illicit affairs, and warned cryptos could potentially threaten the U.S. dollar’s dominance in the global financial markets.

Sherman sees digital assets, such as Bitcoin, as a direct attack on the U.S. dollars and its position in the global economy.

“Cryptocurrency either doesn’t work, in which case investors lose a lot of money, or it does achieve its objectives perhaps and displaces the US dollar or interferes with the US dollar being virtually the sole reserve currency in the world,” stated Sherman.

Sherman then went on to explain the many benefits of the U.S. dollar being in a dominant position over other currencies, as Americans can profit from the money generated by the Federal Reserve for the U.S. Treasury also allows them to influence other countries’ policies and actions by implementing economic sanctions.

“We stand to lose all that because cryptocurrency is the currency of the crypto-patriot,” explained Sherman.

Sherman is against cryptos competing with the US dollar, as it could destabilize the US economy, but he admits that they pose a threat to the fiat currency’s position.

Seeing as top researchers are concerned about how digital assets might impact the position of the US dollar, we can assume that cryptos are somewhat able to affect the leading fiat currency.

Tags: crypto and us dollarcrypto VS USDUS dollarUSD crypto
Source From : Coindoo News